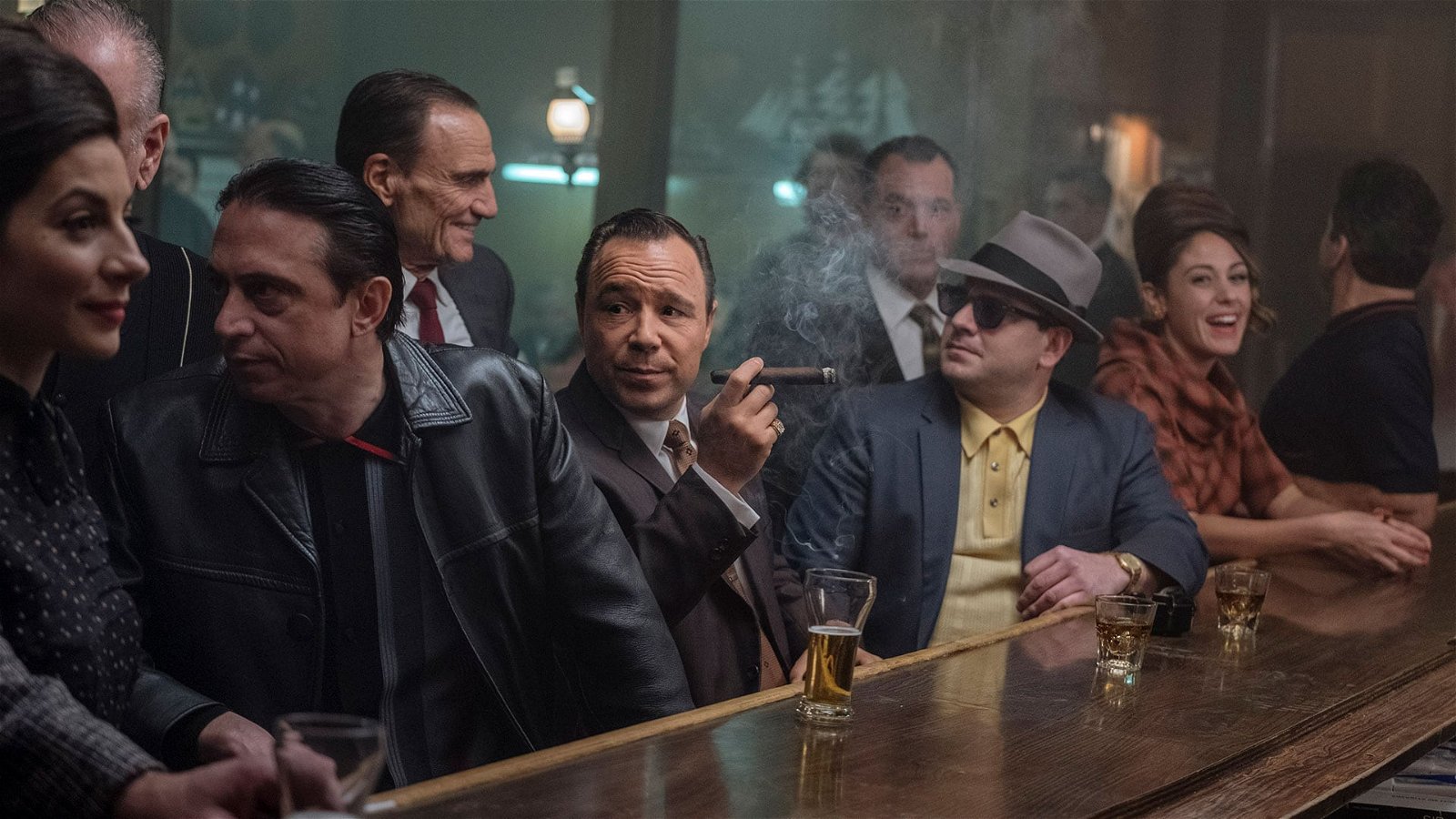 This past week, we were graced with the latest of Martin Scorsese’s opuses, The Irishman.  Though the film runs a barely digestible 209 minutes, it manages to only graze some incredible organized crime history, a history that also has connections to other Scorsese media.  For the crime aficionado, these are exciting references that connect to a larger story, or pepper hints for the truth and lies in Sheeran’s accounts, but for others, these are passing mentions at vaguely familiar names.  Here, is a collection of five organized crime Easter Eggs hidden in The Irishman.

In the opening narration of the film, Robert DeNiro as Frank Sheeran mentions that Russell Bufalino (Joe Pesci) doesn’t allow smoking in his car because “Meyer Lanksy convinced him to stop smoking when they were getting kicked out of their casinos in Cuba.” The name Meyer Lansky will sound familiar to some; he was a famous gangster who developed the National Crime Syndicate.  Lansky, often referred to as “the Mob’s Accountant,” was not only associated with the Jewish mob, he notoriously worked alongside his partner, Charles “Lucky” Luciano, to form one of the strongest and most powerful crime syndicates, joining the Jewish and Italian mobs in their dealings.

In 1957, Bufalino took over the Luciano crime family from Frank Costello and Vito Genovese (who’d resulted in the family name being changed to the “Genovese Family”). It’s easy to imagine the two would have been close, especially in relation to their Cuban casinos.  More on that later.

You might recognize Lansky from another Scorsese project, Boardwalk Empire, where he’s played by Anatol Yusef.

Albert Anastasia Died at the Barber

Content Warning: The images below may be too graphic for some readers

Albert Anastasia was one of the fathers of the American mafia, one of the most feared figures in US history, and is known by the FBI to be one of the deadliest criminals of all time.  Anastasia founded Murder Inc., the enforcement arm of the Italian and Jewish American mobs.  Known as “The Mad Hatter,” Anastasia was feared by gangsters and law enforcement alike.  It’s alleged that Joe Profaci taxed Joe Gallo with killing Anastasia when Carlo Gambino asked Profaci to help him be promoted to boss.  By killing one of the most powerful and feared crime bosses, Gallo probably had a lot of people out to get him.

Joe Gallo was Shot by Many Guns

One of the biggest bright spots in the glaring unconfirmed truths of Frank Sheeran’s account is the credit he took for singlehandedly killing Joe Gallo.  In the film, Sheeran narrates a tale of attacking Gallo (Sebastian Maniscalco) in a restaurant on his birthday and shooting him to death.

It’s generally accepted that Gallo was killed by four men lead by Joseph Luparelli with associates of Colombo from the Profaci crime family.  Witnesses claimed that four men attacked Gallo, who drew his gun to protect himself and then attempted to draw fire from his family by fleeing the restaurant.

While Gallo was in jail, there was a shuffle in the Profaci crime family, of which he was a member.  After the death of their boss, the family reached peace with the Patricia crime family.  When he got out of jail, Joe got a small gift of $1,000 from the family, and, in turn, demanded $10,000 to settle any family dispute arising from the Patricia and Profaci family amalgamations, claiming he was not bound by their peace agreement.  When the bosses heard of his position, they ordered the hit.

“Crazy” Joe Gallo has been referenced in Sorsese flicks before; in Goodfellas, Henry Hill briefly mentions “before Crazy Joe decided to take on a boss and start a war,” referencing the time Gallo picked his fight with the Profaci family by holding its leaders for random.

Gangsters can be Laughed at, They can Amuse you

Joe Gallo’s last day on earth wasn’t all bad, though. Earlier that night, as portrayed in the film, Gallo went to a comedy show to see the only comedian brave enough to make fun of the mafia; Don Rickles.  In reality, Rickles was the mob’s comedian, and was, in fact, scheduled to join Gallo for dinner that fateful night, and created an excuse to get out of it.

Half of Mob Cash is in Havana Ooh Na Na

Steeped in politics, the film makes a lot of mention to the mob’s interest in Cuban relations and presidential elections.  The history of the mob’s involvement in WW2 is fodder for another piece, but what’s important is that by working with the US military, Lucky Luciano, who was jailed for “pandering,” was pardoned for his crimes and extradited back to Sicily.  Finding his way back to US from Italy, Luciano got as close a he could get without violating his agreement, and settled in Cuba.  There, he called on his American contacts to attend the 1946 Havana Conference, the largest meeting of organized criminals since the Atlantic City Conference.  There, they plotted to give Luciano back his authority within the mob, and set off their collective dealings and control of their Cuban casinos.

Mafia control of Cuban casinos, namely by Lansky and Luciano, set off the entertainment industry Cuba is still known for.  Money was funneled to build these casinos, and contributed to the support of the corrupt political system under President Fulgencio Batista. This contributed to the revolution in Cuba, as Cubans came to think negatively of the American control of the island.  The mob and the US government were viewed as oppressive and the reason for the exploitation of Cubans.