Hands-On With Pathfinder: Wrath of the Righteous 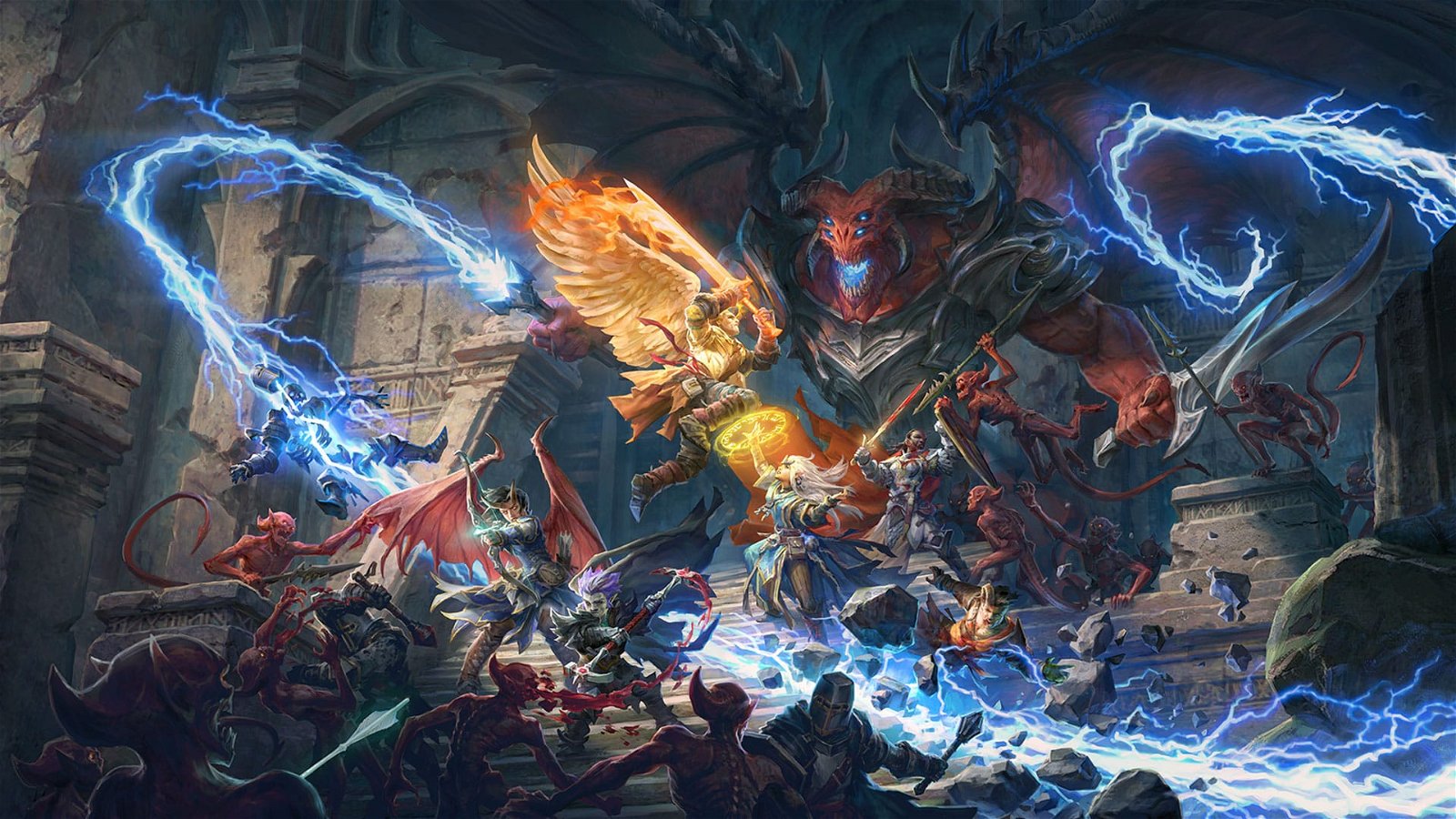 With Pathfinder: Wrath of the Righteous, Owlcat Games has clearly learned a lot of lessons since the release of Pathfinder: Kingmaker in 2018.

Its adaptation of the popular Pathfinder tabletop RPG Adventure Path captured much of what made it so iconic, but it also featured a number of bugs and balancing issues that took some time to be rectified. With its sequel successfully funded on with days to go Kickstarter, Owlcat Games is aiming to expand upon Kingmaker’s foundation to create a more expansive and polished game. If first indications are anything to go by, the team is on the right path.

Pathfinder: Wrath of the Righteous is based on the Pathfinder Adventure Path of the same name. Set in the Worldwound, a scar upon the world of Golarion that has spawned legions of demons for the past century, you play as a survivor of a massive demonic attack who finds themselves imbued with powers that can potentially end the threat for good. The crusade to stop the demonic tide is weakened and fractured, and getting the disparate factions and power players to work together is easier said than done.

Though Kingmaker focused on managing your upstart kingdom’s growth and relations, Wrath of the Righteous replaces it with the ability to direct the campaign against the demon army. You’ll be able to choose where to send your soldiers on the map, and certain quests may unlock additional support. That was outside the scope of my time with the game, which instead focused on the moment before you acquire a permanent base: the assault on the city of Drezen.

For those who aren’t familiar with the original AP, Drezen is a city currently under the control of a demonic army, and you are tasked with conquering it and establishing a base of operations. Owlcat Games creative director Alexander Mishulin told me that much of the overarching plot of the Wrath of the Righteous AP has been retained in this adaptation, so expect to encounter similar events, as well as see familiar faces. Of note, however, is that only a small number of companions will be pulled from the AP; most companions will be wholly original or expanded characters from the tabletop game. Those that aren’t companions will still make an appearance as NPCs.

Wrath of the Righteous’ major hook lies in its new Mythic Path progression system. Adjacent to standard classes, Mythic Paths allow characters to embody powerful archetypes, each with their own unique abilities to choose from. For example, The Lich will turn your character into an immortal undead lord, capable of replacing their companions with undead minions. The Azata embodies the chaotic good alignment to the fullest, thriving in disorder and empowering those outside the purview of the crusades. My personal favourite is the Swarm-That-Walks, an unlocked stretch goal for the Kickstarter that lets characters shed their physical bodies to become a humanoid horde of locusts. And since the Mythic Paths are divorced from the class system, it opens the door to a host of interesting combinations.

While I was unable to explore the Mythic Path system in full, combat and character progression will be familiar to both isometric-RPG players as well as those who played Kingmaker. Real-time with pause is the default method of playing the game, though there also be a turn-based mode available to play at launch. Furthermore, players can switch between both modes at will. Its inclusion is the result of the popularity of a turn-based mod for Kingmaker, and Mishulin says that Owlcat wanted to include it to provide an alternate option. Don’t expect it to be balanced, however, as Wrath of the Righteous is designed with real-time with pause in mind.

On the subject of balancing, I was pleased to note that Wrath of the Righteous features a wide variety of customizable difficulty options for players to fine tune their game. In addition to the normal suite of difficulty modes, I saw over a dozen sliders and boxes through which the challenges can be fine tuned. This includes a number of combat difficulty options, and how different aspects of the campaign management system are handled. More will be added over time, but what’s already present is noteworthy.

Returning to the assault on Drezen, there were a number of options to choose from that will affect the various characters and groups venturing with you. I had to calm down the commander of the regular forces who was having a panic attack on the eve of battle, while also dealing with the arrogant commander of a group of Hellknights. If you’re unfamiliar with them, they are a series of knightly orders who are inspired by the structure of Hell, with a big emphasis on the Lawful alignment. While powerful, they’re also inflexible in their rigid morals, making them an interesting group to interact with.

Ultimately, I chose to sneak in through a hidden entrance while leaving the army for a frontal assault. Mishulin explained that Drezen has numerous entry points and ways to move through it, be it from passing Athletic checks to climb rubble, clambering through houses to reach higher levels, or merely smashing through gate after gate. Based on my exploration, this proved to ring true, as I discovered several ways to reach the city’s citadel that passed through and avoided different obstacles.

When it comes to a CRPG, a brief demo does not do the full game justice. I did not get a chance to see many of the underlying systems, like the aforementioned campaign management and Mythic Paths, that are being touted for Wrath of the Righteous. But from what I’ve seen, Owlcat has clearly learned from the game’s predecessor and is striving to improve multiple aspects that fell. And as someone who greatly enjoyed the original AP Wrath of the Righteous is based upon, I look forward to seeing what its adaptation has to offer when it releases in 2021.