Mortal Kombat 11 Rips Out Some “Aftermath” Story DLC Alongside Robocop

Yes, That Means Robocop Vs. Terminator 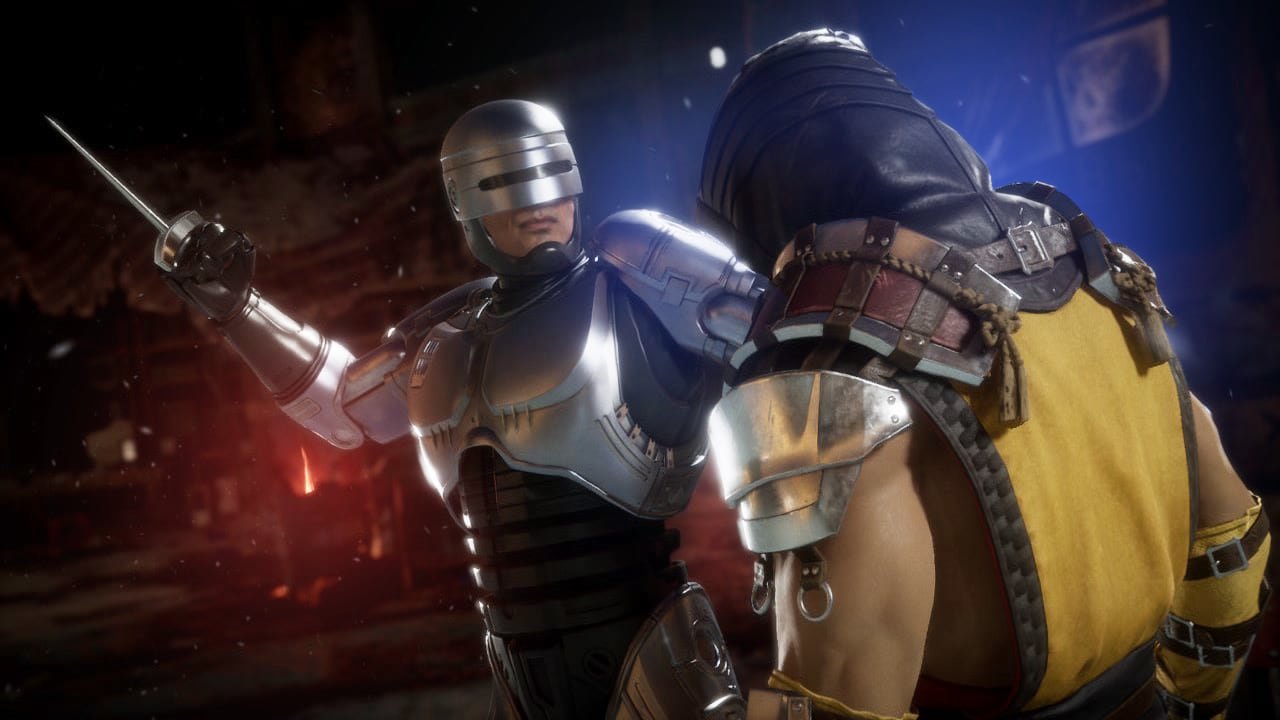 Releasing May 26th, Aftermath will serve as both an expansion and new release for Mortal Kombat 11, with a “Kollection” that includes the base game, the first Kombat Pack, and the expansion coming out in June. Spoiler warning: the new story picks up immediately at the end of MK11‘s ending, with Shang Tsung revealing to Raiden and Liu Kang that they cannot fix the timeline without Kronika’s crown, so the unlikely alliance must travel back to the past once again and hopefully eke out a happy ending.

Included with the expansion will be fan favourite returners Fujin and Sheeva, alongside the guest newcomer Robocop (portrayed and voiced by his original actor Peter Weller), and three additional skin packs. Players who pre-order the new expansion will receive the Eternal Klash Skin Pack, which includes one classic-themed and two genuinely classic skins for the ninjas. Releasing alongside Aftermath is a free update for Mortal Kombat 11, which will add new (old) stages, Friendships, and assorted Stage Fatalities for everyone to enjoy.

The Aftermath expansion by itself will be priced at $39.99 USD while the expansion plus Kombat Pack bundle will also be available for $49.99 USD. Once again, these will be released on May 26th.Mortal Kombat 11: Aftermath Kollection will also be available including the base game for $59.99 USD on all platforms with a physical release coming to the Americas in June. Though the launch was rocky and plagued with microtransactions and ludicrously grind-y design, Mortal Kombat 11’s post-launch support and good online experience paved the way for its continued success. Since this story DLC is unprecedented and follows one of the most significant events in all of Mortal Kombat, we’ll keep you posted on exactly where this franchise is headed.