Meet the Newest Member of the PlayStation Family 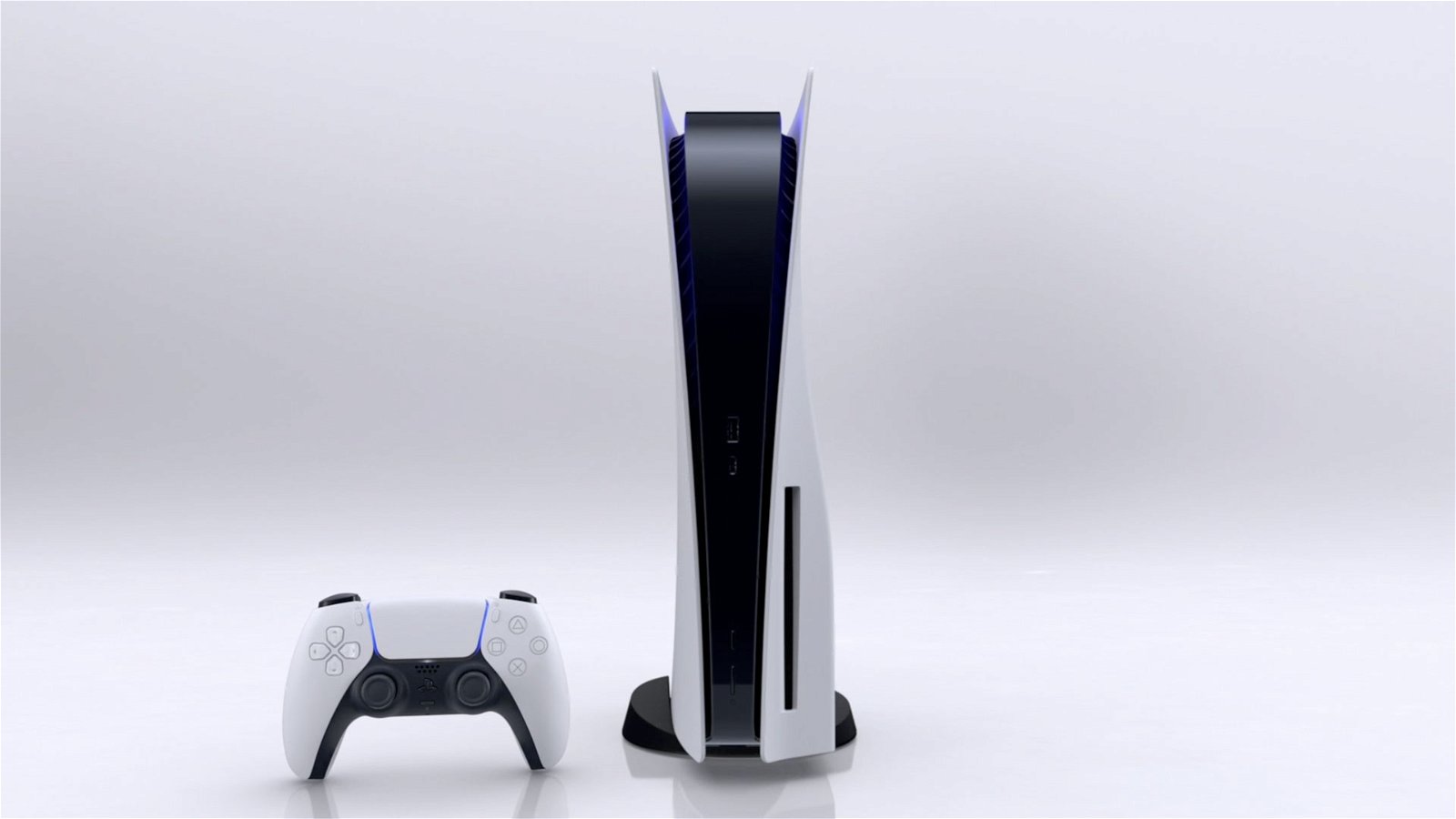 Sony has finally revealed its upcoming next generation PlayStation 5 console, showing off the system hardware in all of its glory with a selection of announcements

Its Future of Play stream kicked off with a system trailer, with callbacks to each PlayStation console up to 2020.

Rockstar Games confirmed a PlayStation 5 version of Grand Theft Auto V, though no next-generation footage was shown running on the system. Its trailer was instead a collection of scenes from its PlayStation 4 counterpart, with suggestions that its GTA Online would be expanded once it releases in 2021. All PS5 owners get GTA Online at launch while PS4 owners would receive free Plus offers starting today.

SIE President and CEO Jim Ryan spoke about their partnership with RockStar Games, stating the PS5 is the next step in creating original content. Other developers were also mentioned in transforming the gaming scene.

A trailer for the anticipated Spider-Man PS4 sequel was revealed, with players becoming Miles Morales as he becomes the new web-slinger. Called Spider-Man: Miles Morales, it will continue the story first made with the character's introduction.

A new Grand Turismo 7 trailer was seen running on the PS5, with the lastest installment teasing Formula One races and vintage vehicle campaigns under lifelike graphical fidelity across tracks and natural environments. Cars can also be customizes internally and externally for performance, while its specs can be monitored over a first-person driving perspective.

PlayStation Studios unveiled footage for a new Ratchet and Clank game called Rift Apart. With Insomniac Studios returning, the iconic duo are also back to complete a storyline left in Nexus. Gameplay footage showed similar purple portals bringing multiple worlds together in real-time, with players being able to explore a set of new planets in the PlayStation 5 with over-the-shoulder gunplay and more cinematic depth. Segments with Clank are also returning, and players can become different versions of the Lombax across different dimensions.

A deeper gameplay demo was shown, with Ratchet going back to an original full-length adventure. Its traditional third-person gameplay also returns, with similar animations and mechanics as shown in Tools of Destruction.

A PlayStation 5 game is also being deleoped by Annapurna Interactive, showing off a detailed robot world. A car navigated through a cyberpunk city without a single human in sight. Called Stray, it's suggested players can become a cat under a survival setting. It's scheduled for a 2021 release.

The console specs were further detailed, with Ray Tracing powering its graphics under a 4K Ultra HD Blu-Ray Disc. 3D audio will also immerse players through the DualSense's headphone jack and motion controls seen in handheld systems including the Switch and PS Vita.

A trailer for Returnal shows an astronaut crash landing on a hostile planet, under an endless time-loop which sees her ship plummeting repeatedly. She also lands in a different planet, which changes with environments and extraterrestrial enemies. Players can also wield ranged weapons as they survive against large creatures. Some exploration and platforming were also shown as the astronaut finds a way to break her time loop.

Sumo Digital showed off Sackboy: A Big Adventure which centers on a 3D platforming adventure based in the LittleBigPlanet universe. It features a variety of challenging levels players have to run, jump and dodge through similar to Super Mario 3D World. It also features multiplayer coop for up to four players.

PlayStaion Studios revealed Destruction Allstars, a sports-driven car combat game, mixing derby style carnage with some third-person combat. Players can use a variety of custom cars to demolish others.

Mike and John Grier, brothers from Ember Lab unveiled their latest adventure game Kena: Bridge of Spirits, centered on a young girl with a mystical staff who embarks on a quest to find her true destiny. It features explorable levels players have to go through with 3D platforming and can interact with other strange characters to aid on her journey. She meets adorable dust-bunny creatures similar to ones found in My Neighbour Totoro and can use them in combat with her numerous abilities.

Psychological action horror game Ghostwire: Tokyo gets a new trailer and puts players in an empty Tokyo, Japan as they fight spirits in first-person combat. They can also use elemental abilities to their advantage with an option for stealth to avoid large battles.

The Far Shore by Superbrothers launches PS5 players into space as they find a new home for humanity. Its brief trailer suggested lots of exploration over many worlds and can guide small spaceships through dangeroud terrains. It's scheduled for a Holiday 2020 release with the console.

Third-person hack-and-slash game Godfall received a new gameplay trailer, revealing more details in how it plays as a launch title for the PlayStation 5. It's due for a holiday 2020 release.

Annapurna Interactive stepped back in with Solar Ash, an animated cel-shaded adventure . It stars a character who can travel through various dimensions through voids, offering varying levels of platforming.

Agent 47 is returning to the PlayStation 5 with Hitman III coming on January 2021, continuing the Shadow Client storyline with an open-style killing sandbox. Its results are expected to be as wacky as they were when Hitman was rebooted as a serialized thrid-person action game in 2016. Players can assume various disguises to reach their target in any order they choose.

The first bootup screen was teased mid-stream, showing a prompt to press the PS button in accessing the home interface. Its backdrop features a white void with light animations, suggesting the system is giving off less blue this time around compared to the PlayStation 4's original user interface.

A trailer for third-person hack-and-slash adventure Little Devil Inside shows off claymation-style animation under different environments. An old man was shown carrying on with his day in the present, but switches back to a swashbuckling hunter who encounters various dragons, yeti and creatures.

New Orleans Pelican Zion Williamson showed off the first in-game footage for NBA 2K21 on the PlayStation 5. His in-game version was shown in photorealistic details, with sweat pouring from his character model with motion-captured face animations in an empty basketball training court.

A strawberry (yes, a strawberry) was seen running around as a living creature in Bugsnax, which lets players explore an island of living food. Players can control the creatures to complete different levels of challenges in a game produced by the creators of Octodad. At night, various bizzare food monsters would also attack players, suggesting an intricate day and night cycle.

More close-up footage of the PlayStaion 5 was teased before PlayStation Studios stepped in with a teaser trailer for a new Demon's Souls remake for the PlayStation 5. It features a high-end graphics rendering massive creatures players are expected to take on.

Bluepoint Games, Arkane Studios and Bethesda return to the PlayStation 5 with Deathloop, a competitive first-person shooter which sees assassin's search and destroy each other in a fully platformable environments. Players use a combination of guns and superpowers to eliminate enemies. But death also gives you an opportunity to start over in a time loop - driving a campaign to finish a hit list in 12 hours.

Resident Evil VIII: Village was confirmed for the PlayStation 5, confirming many leaks which put Ethan Winters in a new setting. Chris Redfield makes an appearance as Winters battles werewolves (you read that right) and crazed villagers in a mysterious town. The game continues building on its first-person survival horror views with an updated engine seen from Resident Evil 7.

Science-fiction action adventure game Pragmata sees an astronaut protect a mysterious little girl as they work to survive a supernatural force. It's set for a 2022 release on the PlayStation 5.

Like the DualShock controller, more hints were given over the PS5's white-on-blue hue design before SIE revealed its sequel to Horizon: Zero Dawn. Called Horizon: Forbidden West, Aloy returns to find the origins behind the technological downfall humans faced while adding underwater exploration. The game also features multiple settings in the style of Breath of the Wild, including distant lands and larger machines that inhabit these parts.

The PlayStation 5 hardware was finally revealed near the end of the stream. A tall, white chassis was shown in a sleek appearance, with a blue PlayStation-style blue emanating from its front and top. The textured boxy hides the Sony Logo, with a black body running down the middle. Owners will have an option of two systems: an all-digital version or a traditional one with a Blu-ray drive on the right side.

Accessories include a DualSense charging station, digital remote for streaming media and new first-party headphones expected to come at launch.

The PlayStation 5 is coming on Holiday 2020. No pre-order details or price range were immediately shared by Sony while retailers including Best Buy are offering newsletters for alerts once options are available. 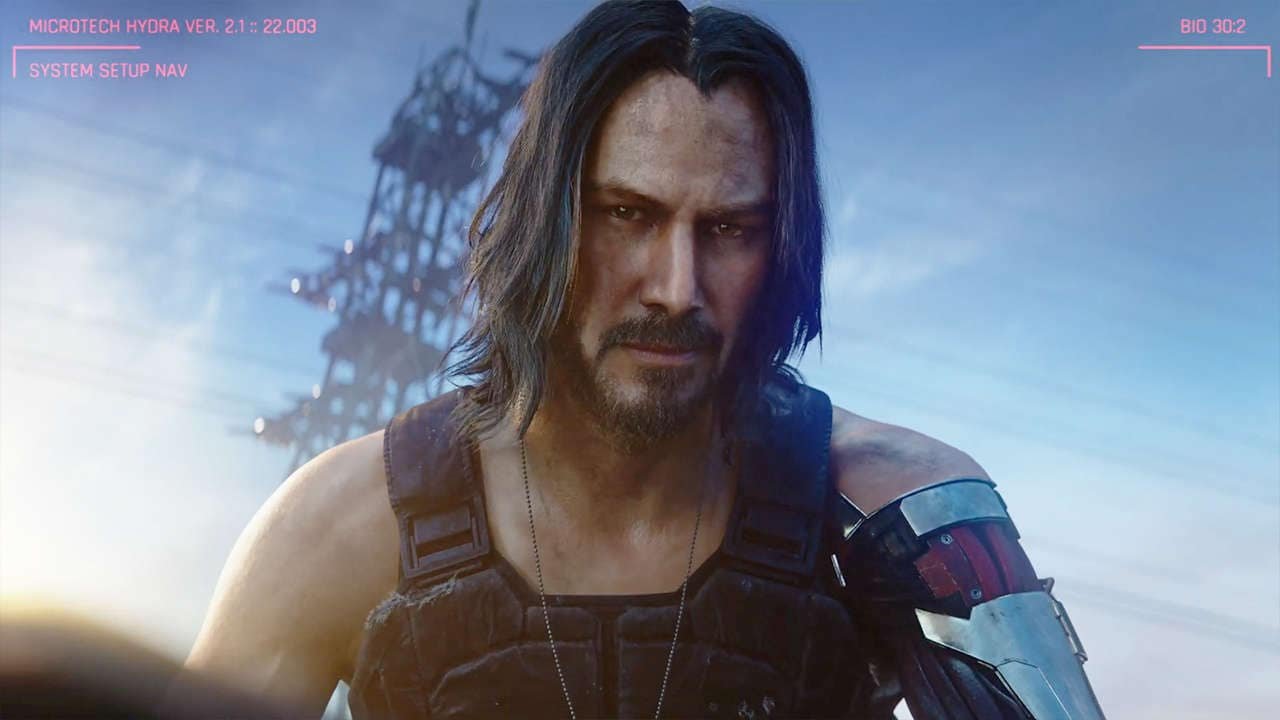 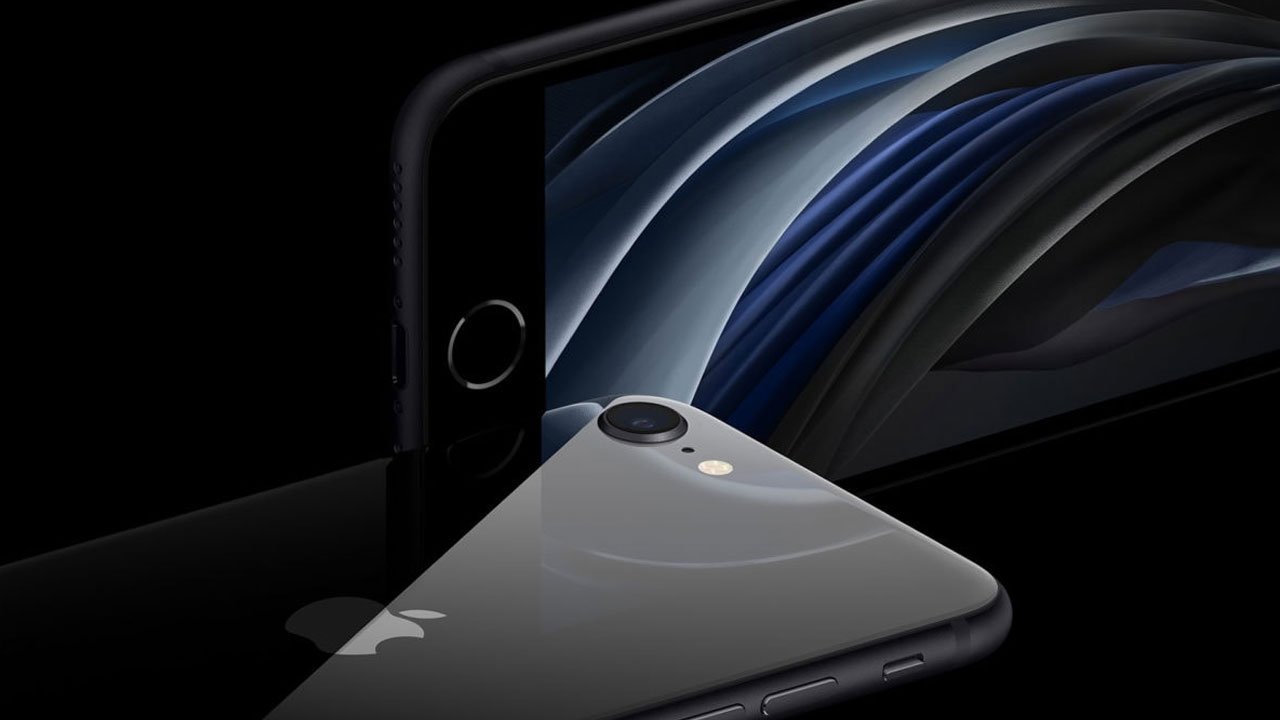 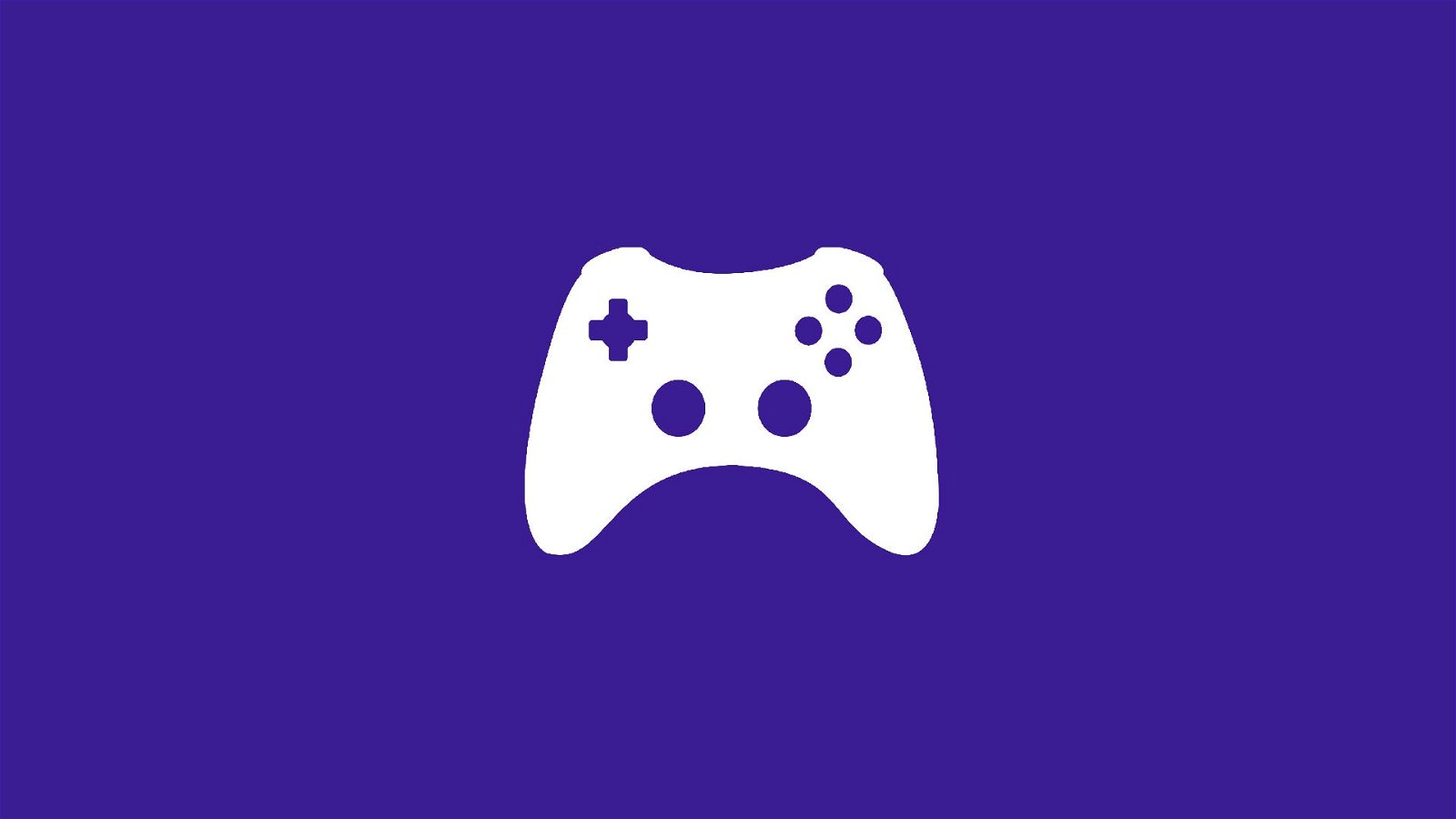 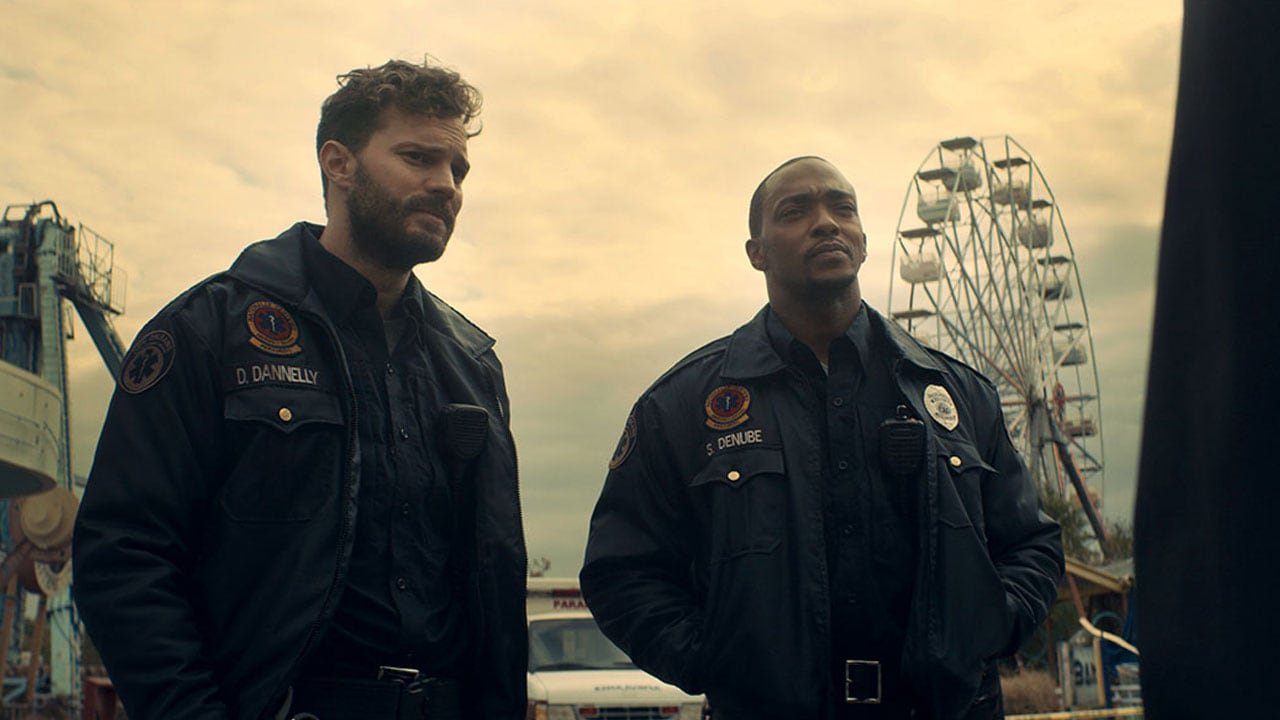