The Evolution of Esports: An Interview with Blast! CEO Robbie Douek 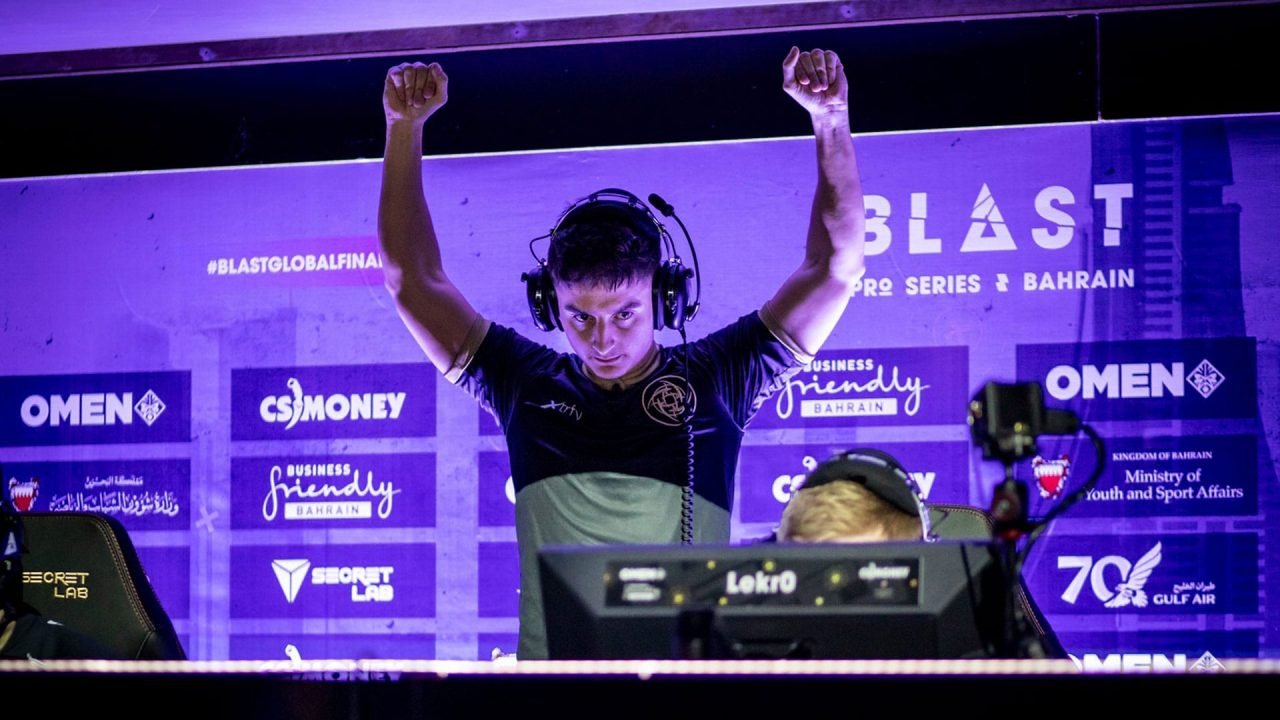 The BLAST Premiere Spring Final, which took place from June 15th- 21st saw two closely contested brackets on both the American and European sides. From clutch plays and unprecedented comebacks to sleek casting and player cams, the tournament was a sight to behold. By the time the dust settled, only Complexity Gaming and Evil Geniuses were left standing, as the North American and European champions respectively.

One of the most striking aspects of this year's finals was the fact that it was run exclusively online, thanks to the impacts of COVID-19. CGMagazine’s Alex Handziuk got the chance to talk to BLAST CEO Robbie Douek about what goes into putting on tournaments during quarantine, BLAST's expansion into the DOTA 2 sphere, what he thinks about Valorant’s future as an esport, and more.

CGMagazine: You recently announced a 12.5 million euro financing round for BLAST. Can you tell us about that?

Robbie Douek: We were very much built around Counter-Strike as a business and now very recently we've gotten into DOTA, which is hugely exciting. We've seen the opportunity here and we've proven ourselves with Counterstrike, proven our ability to produce, our ability to broadcast at the highest level. That's the key to everything for me, the actual quality of the broadcast. We essentially went out into the market and said, we've got to close some cash to make that happen. We're going to be looking at investing very heavily in our technology and our broadcast proposition. and of course, looking at what we do geographically and without gaming titles as well. So we're very fortunate to close around during COVID. Because, you know, quite a lot of the market was sort of shutting down not deploying cash. And clearly, that gives quite a lot of kudos to our proposition itself, right? Because it means that there's a lot of belief in what we're doing that is very strong.

We’ve been looking at DOTA internally for about a year and as we dove into DOTA and started understanding the sort of ins and outs, it became clear that this was something that could fit for BLAST. What we've done with Counter-Strike is we've taken it up a notch and improved our production and improved the broadcast. W we're very hopeful that we can disrupt the DOTA space in a very strong way. We think that they deserve more airtime, they deserve more broadcast hours, they deserve more limelight because these guys are superstars. We think it's something that could be very fruitful for us and the ecosystem.

CGMagazine: With traditional sports being scaled back and some not certain when they're resuming, has there been an opportunity for growth for esports?

Robbie Douek: Globally, there's an enormous amount of demand for content right now. We've had an inundation of requests from different broadcasters saying, "Can you give us more?." As soon as COVID hit, we thought to ourselves, how do we pivot, how do we move quickly, and we started producing new formats. One of those was something called Blast Sessions, which we released relatively quickly. And then we launched something called Blast Rising, Bounty Hunt out and we're back into our season with Blast Premiere. We have around 307 live hours over a 45 day period, which is amazing because you can do it all online. And I think that's sort of really cued us to our ability to produce it with the technical know-how to be able to make that happen.

The broadcasters are phoning up and they're saying that they want more and I think we're in a holding pattern. The sports industry is very much in that space and sports is filling the void now. The question is, what happens when the world goes back to normal? What happens when the football season does start again, and stadiums start filling again? Is there still going to be this desire for esports and the content? I hope so. I think what you've seen with esports moving into these sports spaces has been hugely interesting. Some of those are going to stick, some of them are going to fall off, but we're watching that very closely.

Robbie Douek: It's a busy schedule. We've got BLAST Premiere for CS, we've got the stuff happening with DOTA, we've got this BLAST Rising product, which is essentially the up and coming stars in the CS scene. And then we have other derivations where we've got lots of opportunities to explore. These are more cultural related things such as music and lifestyle pieces that we want to launch in the fall. And then we've got a full season, the rest of the season still to be delivered on which is big, and COVID is still here. So we're looking at where that means for our schedule for our destinations that were meant to be visiting and trying to work out how that all fits together.

Ultimately, to answer your question, we just want to make sure we're entertaining the fans as much as possible. Something that we were very keen on and I think is important to us is that we see BLAST as a consumer-facing brand and a lifestyle brand. There's a lot of content and a lot of product coming out in that space. Recently we did a piece for International Women's Day, and we want to do more of that. Those sorts of lifestyle pieces that truly resonate with the gaming community and esports community.

CGMagazine: Speaking of the broadcast side of things, are your production plans all based on people working from or is a studio setup possible?

Robbie Douek: We've been working on our production virtually but from many different areas of the world, depending on where the players are. One thing that's been challenging with COVID is that the North American matches happen in North America and European matches happen in Europe. So we've not been able to marry those two together because of the obvious ping time server issues. But what we're doing now is that because our home office is in Copenhagen, and the Danes have come out of confinement, we actually can do quite a lot of studio-based work, which is super cool, and it will improve the broadcast quite considerably.

CGMagazine: What's the hardest challenge that COVID-19 has brought to your organization?

Robbie Douek: The most important part of what we do is that we pride ourselves on having this incredible broadcast, really premium. The content sings and it's well produced. You've got to try and be able to deliver that in an online environment and get the players hyped and feel the energy and all the rest of it. You can't always do that because you don't know what they're sitting around and so that's been challenging.

Running a business where everyone's virtual and sitting in their own homes, making sure they're working or not working, it's also tough dealing with people who work too much. This is something which has not been spoken about enough in the presses, is this notion of burnout and stress relation in terms of work. We've been very careful about that and have been trying to encourage our staff to take the time they need to manage their schedule in the right way and look for the signs when they are working too hard. That's hugely important for the world of people who are involved in technology like we are.

CGMagazine: Valorant is the new kid on the block in terms of competitive gaming. Do you see potential in it as a future Blast Series member?

Robbie Douek: We've been watching that and we've been playing and we welcome the opportunity. We'd love to look at what that might look like with blast. The usage on Twitch went through the roof and I haven't checked the latest numbers but it's something that we want to keep an eye on. It's also something that lends itself very well to the BLAST brand. We're gonna keep close to that and see where it takes us.

CGMagazine: How important is it to have opportunities for newer orgs and younger players?

Robbie Douek: This has been interesting for us because we have 12 teams that are part of the premiere season. In addition to that, we're interacting with 50-plus teams in a given year because they qualify for the showdown. In different regions, there are qualification mechanisms, so that teams can get through to the sort of later stages of a premier tournament. What we found is that we've been able to partner with quite a lot of our partners in different regions to host those tournaments. So for example, Elisa, which is a Finnish based telecom, hosted Scandinavian based qualifiers for BLAST premier, we've got Winstrike doing the same thing in Russia. You end up engaging with hundreds of potential teams. So that gives up and coming teams, the potential to eventually end up inside of BLAST. We want the system to be open, we want young talent to come through. We love to shine a light on it and that makes for great storytelling, that makes great content. It's the same as if you're a football fan, you're watching the FA Cup, you want to see those lower ranked teams come through. We're very focused on that and that's why we tried this new format called BLAST Rising.

CGMagazine: Over your time at BLAST, what has been a significant highlight for you?

Robbie Douek: When the Danish Prime Minister opened the show in Copenhagen, that was pretty cool. Another one would be in São Paulo with Gaules, who is one of the biggest Twitch streamers. He had like 1000 fans, and there was this proper samba going down in the stadium.

Just taking this product around the world has been amazing. We did a deal in the Middle East for the Global Final last year that was amazing. You have conversations with some fantastic people, and the things that spark from they're just great. I think that's what esports is wonderful for because it is still quite nascent. It is still an ecosystem where companies are small, right and yet, they're important in the ecosystem. I think that makes a big difference to the business.

CGMagazine What do you see driving the future of esports going forward?

Robbie Douek: COVID in a certain sense has put a great spotlight on esports, and showcased that online gaming is very relevant and real. As a consequence of that, focus on online propositions and that doesn't just go for esports that goes for everything that we do, from attending a video conference to a large scale event that you would have done in person you may end up doing virtually going forward. I think that the spotlight has been shone and the pressure is on us to deliver the product in a better way for that online consumption. From a technology perspective that's brilliant because technology at the moment, in a way I think we're underutilizing what we can do. from a technology standpoint. Being able to make the experience so much better for the consumer when they're watching from a distance. It's all well and good when you're in a stadium, but when you're at home and you can't get to the stadium because you're nowhere near or can't afford it or whatever it is, you should be able to have that experience online. 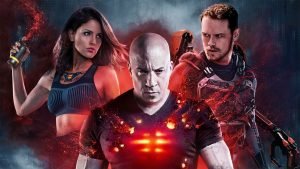 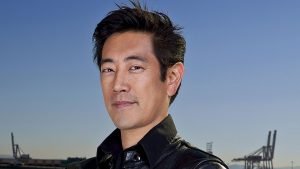 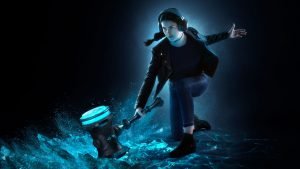 Razer Brings Software Based THX to Windows and It's Fantastic 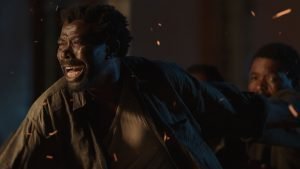