The Note Just got Better 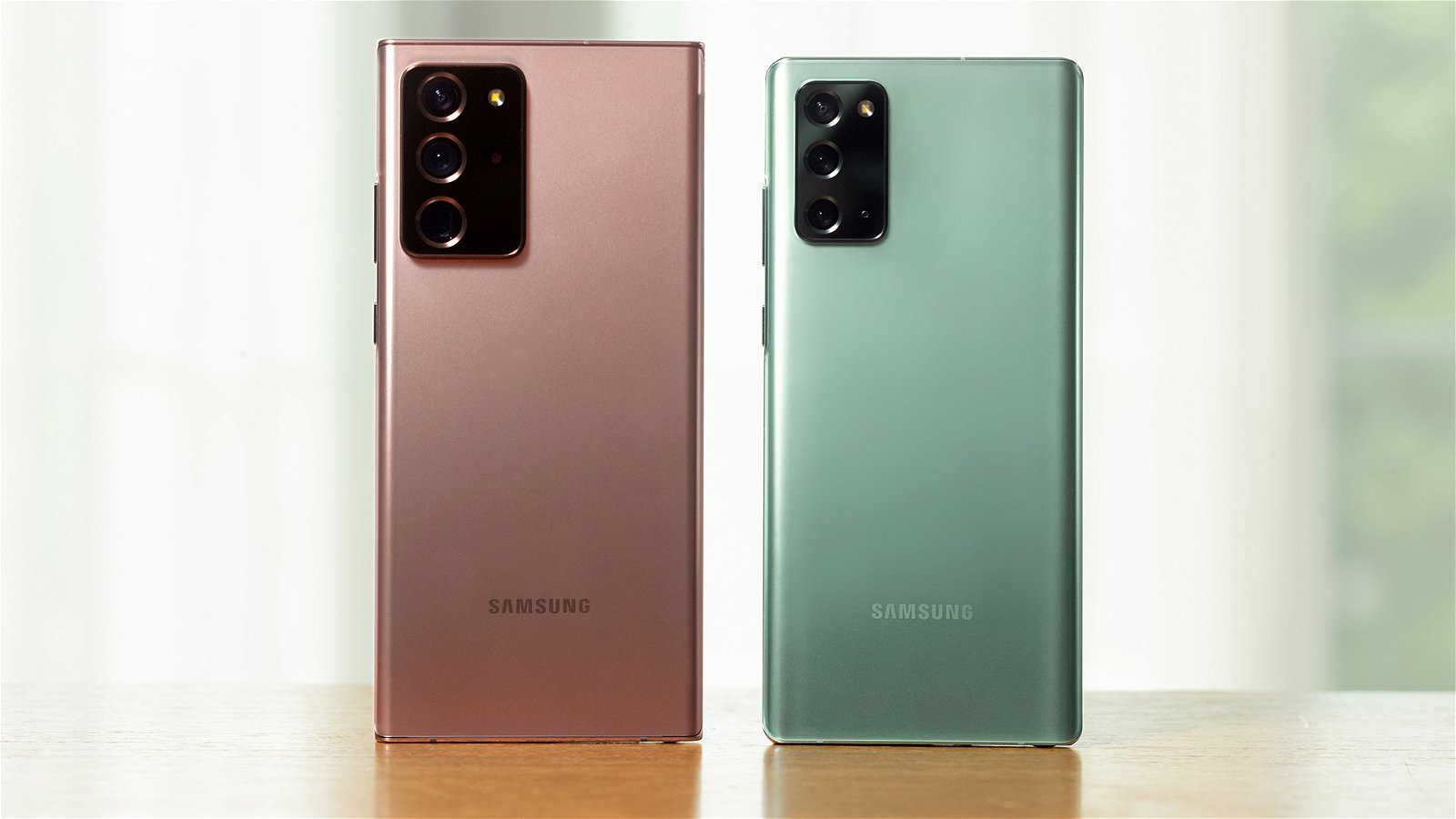 After weeks of leaks and rumours, Samsung has finally lifted the curtain on the latest in the Note lineup, the 20 and 20 Ultra.

Taking design concepts from last years iteration, and the recently released S20 range of phones, the new Note 20 range have a clean, large rectangular look that feels modern while maintaining elements from past iterations. Both the Note 20 and Note 20 ultra will feature Qualcomm’s 5G-capable Snapdragon 865+ SoC and will start at 128GB of storage, with the Note 20 Ultra starting at 512GB with the option to expand utilizing an SD card.

Since this is a Note device, Samsung has not forgotten about their trusty S-Pen with it now featuring a 40-percent decrease in latency with it boasting only 9 milliseconds. The S-Pen will also feature gestures including “Fast Forward, home, recent apps, smart select and screen capture. Samsung has also expanded the Notes app making it a much more useful offering for anyone taking notes in meetings, lectures, interviews or classes. It will now include timestamps, voice recording, along with PDF editing and will now sync with Microsoft Outlook and OneNote.

With this being a flagship-level device, capable of tackling complex tasks, it is good to see that Samsung has expanded what Dex can do, making it now work without the need for wires via a TV or display that supports mirroring. The Note 20 range will also feature Gorilla Glass Victus that boasts the ability to survive a 2-meter drop and is said to be twice as scratch resistant when compared to Gorilla Glass 6.

The 128GB Note 20, which is available in ‘Mystic Bronze’ and ‘Mystic Green’ along with ‘Mystic Black,’ and will be priced at $1,399 CAD. The 128GB Note 20 Ultra comes in ‘Mystic Bronze’ and ‘Mystic Black and will cost $1,818, with the 512GB configuration costing $2,029. The box will come with an S Pen, 25w charger, a USB C-to-C data cable, a screen protector, but sadly no headphones. For anyone needing a way to listen to music on your new Note 20, the first 15,000 Canadians that pre-order or buy the Note 20 will get an ‘e-voucher’ that can be used to get a Games package, complete with Xbox controller and 3-months Xbox Live, or a set of Galaxy Buds+, with Note 20 Ultra buyers having the option of the game pack or a set of Galaxy Buds Live Earbuds.

For anyone eager to get their hands on the new Note series, pre-orders go live on August 5th with the smartphone hitting stores August 21st.