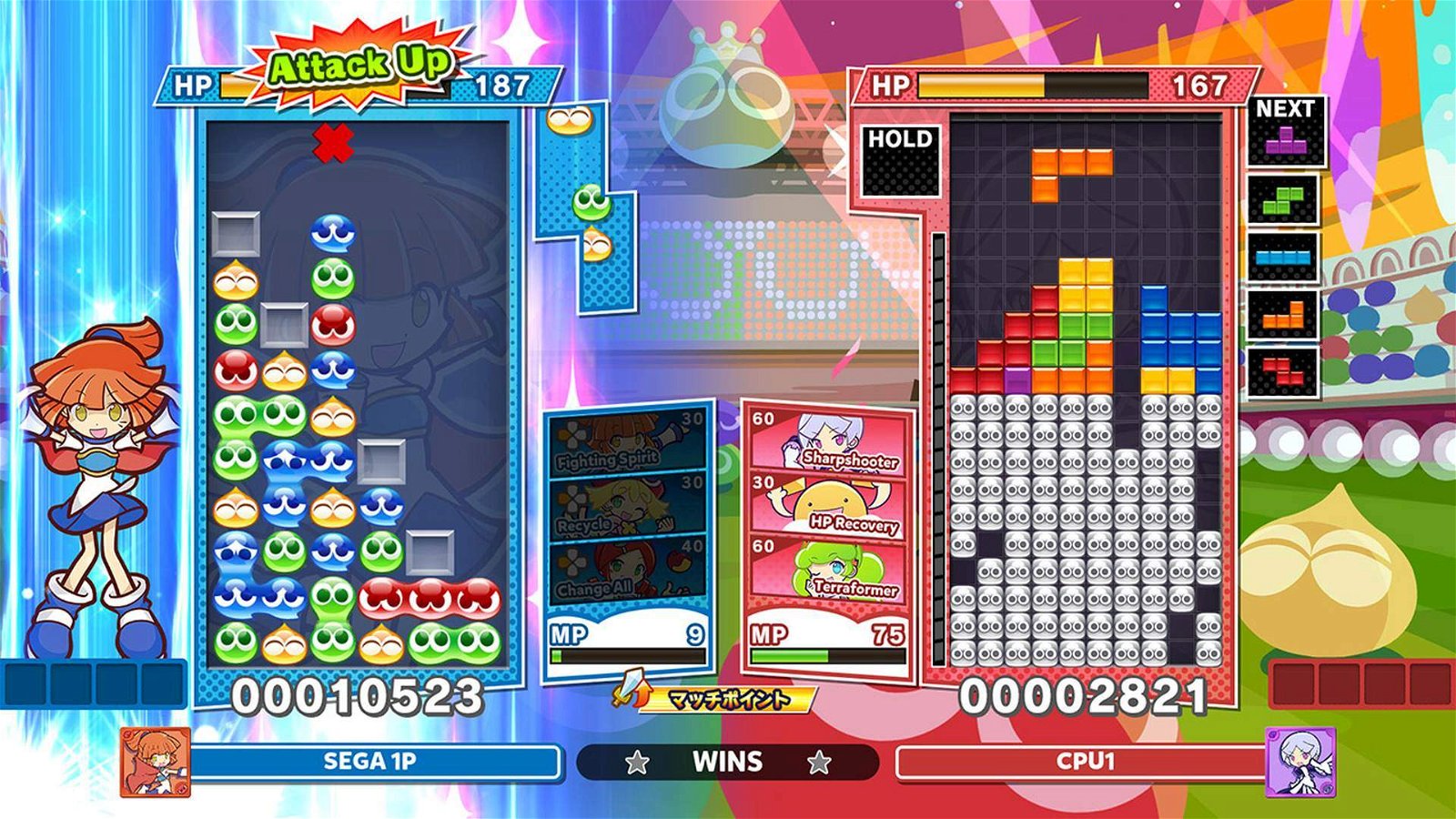 Puzzle fantasy game Puyo Puyo Tetris 2 will be getting an Adventure Mode at launch, along with a new map and special mission conditions that add twists to the Tetris formula. The mode will also focus more on interacting with the world and NPCs before engaging in the game’s countless puzzle battles.

According to SEGA in a release, Ringo, Tee and other characters are coming back from the first Puyo Puyo Tetris, while both game worlds collided from a dimentional parasite. The characters dive into the hostile territory, popping Puyos and clearing Tetris grids in an effort to save the world from darkness.

Stakes are higher for players, who will be using their stacking skills in a narrative-driven adventure. The overworld map will also add a change of scenery from the first game, while players can progress further through Skill Battles. All levels from Adventure Mode can also be replayed for rewards and records and unlockable shortcuts allow players to jump across stages. Every Tetris match will also earn EXP for character stats while players can tweak their parties to survive over higher difficulties.

Item Cards work as perks players can use to aid them when things get too intense during Puyo Puyo Tetris 2. New and familiar characters will be unlocked with their own abilities and upgrade path. Players also have access to different backgrounds and bonus stages, while credits can go towards some special items at the in-game shop.

Puyo Puyo Tetris 2 is coming to the Nintendo Switch, PS4, Xbox One and PC on December 8, 2020. The game will also release over next-generation Xbox Series X and PS5 consoles on Holiday 2020. Players who pre-order the game can get special item cards from Sonic the Hedgehog.