New high-end tech in time for the holidays 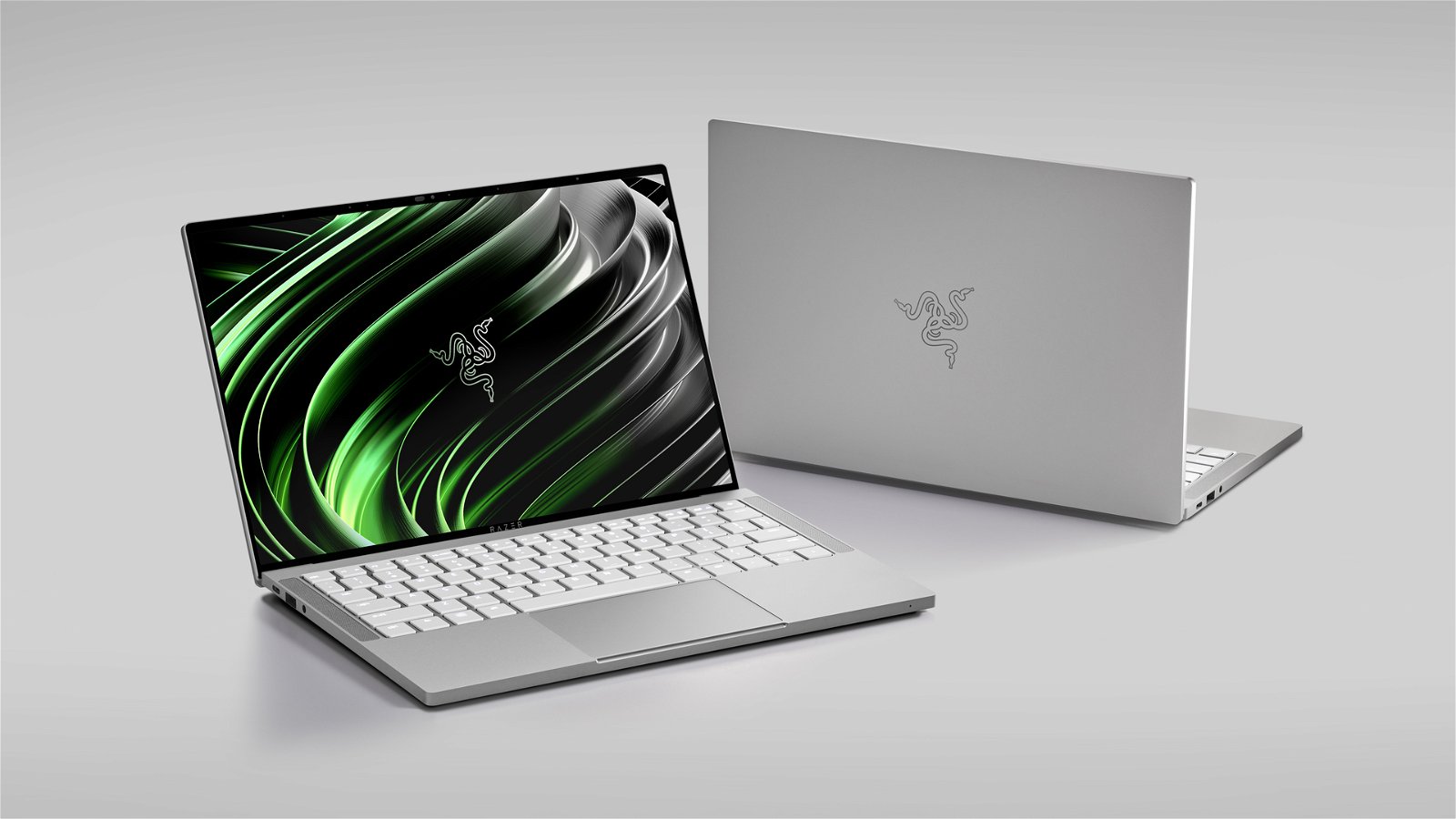 As the holiday shopping season gets in gear, Razer has revealed its “ultimate Xbox and cloud gaming headset,” the Kaira Pro, as well as the Razer Book 13.

The ultra-mobile Razer Book 13, successor to the Blade line, weighs in under 3 lbs at .6″ inch thick, sporting a 13.4″ edge-to-edge display and a case “carved from a single block of aluminum making it nimble yet durable, then anodized with a mercury white finish” for scratch-resistance. Two THX Spatial Audio speakers in the sides provide immersive 360-degree sound. A unique vapor chamber keeps the system running cool and quiet, and a suite of ports on either side offer modern connectivity options. Three models are available, offering different screens: the FHD+ Non-Touch, the FHD+ Touch, and UHD+ Touch. The company’s signature Chroma RGB allows for complete customization of keyboard lighting, down to individual keys.

Inside the hood, this new high-performance productivity laptop features the Intel Evo platform for instant wake technology, up to 14 hours of battery life, quick recharging, and best-in-class connectivity. Both touchscreen models sport the Quad-Core 11th Gen Intel Core i7-1165G7 processor, the Intel Iris XE Graphics card, 16GB of RAM, and SSD storage; the Non-Touch model has slightly less power. If desktop-class power is required, the Razer Book 13 can connect to the Razer Core X via Thunderbolt for a boost.

“The new Razer Book 13 is the culmination of a decade’s worth of experience in developing and crafting high-end gaming machines,” said Senior Vice President Brad Wildes. “Sleek, powerful, and compact, the Razer Book 13 breaks out from the boring crowd and delivers prosumers an experience not yet realized in a work laptop.”

For Xbox gamers, Razer has the Kaira Pro headset, an all-in-one solution at home and beyond. With Bluetooth 5.0 and Xbox Wireless, it connects to the Series X|S without a dongle, Windows 10 PC, and Android phones or tablets. Designed for multi-device compatibility, the Kaira Pro can follow gamers throughout their day, from their commute until they return home for an evening of gaming.

When away from home, the HyperClear Supercardioid Mic can be detached, while voice communication remains available via a built-in mobile mic concealed within the headset. Improved voice isolation ensures your teammates will hear you properly even in noisy settings. TriForce Titanium 50mm Drivers offer incredible audio performance on all frequencies, customizable with four EQ presets like FPS Mode, which enhances in-game sounds. Memory foam ear cushions will keep the Kaira Pro sitting comfortably on your head during prolonged use. And yes, Chroma Lighting rounds out the package.

A Xbox-specialized model, the Kaira, is also available, though it packs only a single non-detachable boom mic, and connects only via Xbox Wireless.

Both headsets are available to order now through the manufacturer’s site — the Kaira Pro for $199.99 CAD, and the Kaira for $139.99 CAD. The Razer Book 13’s three models run from $1700 to $2700 CAD and are available for preorder, estimated to ship at the end of November.