Also the Mandalorian is here, because why not? 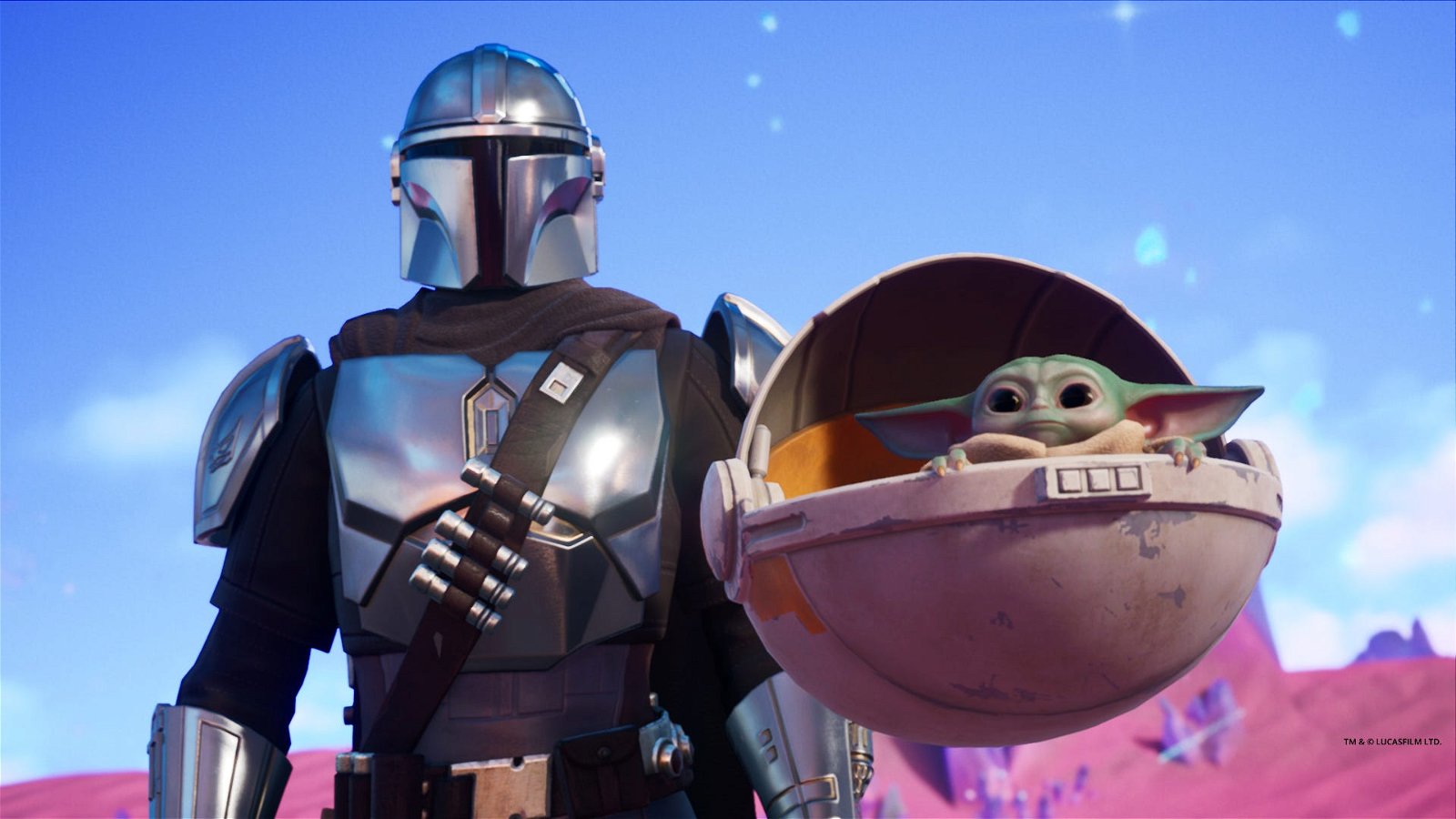 Over fifteen million players joined forces in Fortnite last night to take on Marvel’s Galactus, ending a season of collaboration with Marvel and adding just a little more insanity to 2020.

Epic Games ended the fourteenth season of its popular battle royale game with a galactic bang, pitting players against the Devourer of Worlds from Marvel Comics. It reads like something out of Ready Player One or a schoolyard game of pretend: players in all manner of kooky avatars—including pop culture icons like the Joker or Marvel superheroes like Wolverine—joined forces in a massive concurrent battle against a notorious cosmic villain, driving buses loaded with explosives through space and into his mouth to defeat him.

All told, the event drew 15.3 million players across all platforms and an additional 3.4 million viewers on YouTube and Twitch, breaking a previous record high of 12.3 million players during Travis Scott’s virtual concert in April.

In typical Fortnite fashion, the end-of-season event was followed by hours of downtime as Epic rolled out the new season, Chapter 2 Season 5. The new season will focus on the mysterious Zero Point and see “the greatest hunters from across realities” being summoned to the game world—including none other than The Mandalorian.

Players who purchase the season pass will gain access to a skin of The Mandalorian, from the Disney+ series, and can upgrade his beskar armour to its full glory by progressing through the pass. His ship, the Razor Crest, is also a reward, and those who reach level 100 on the pass will unlock a Baby Yoda back bling. This crossover follows in the footsteps of last December’s Star Wars event, which tied in with the theatrical release of The Rise of Skywalker, but it’s unclear if other characters from the galaxy far, far away will arrive as the season goes on.

Beyond the tie-in, the new season brings new battlegrounds, avatars, and weapons to Fortnite. A new form of currency, bars, can be earned from completing quests or bounties and spent on new exotic weapons, upgrades, and more.

At this point Fortnite is beginning to evolve beyond the game itself and become an advertising melting pot, but the massive number of concurrent players it pulled in is proof that the game is still going strong. Epic Games’ juggernaut is currently available on all major consoles, with its next-gen upgrade already available.