The ultimate Jedi simulator can be played in the popular fam 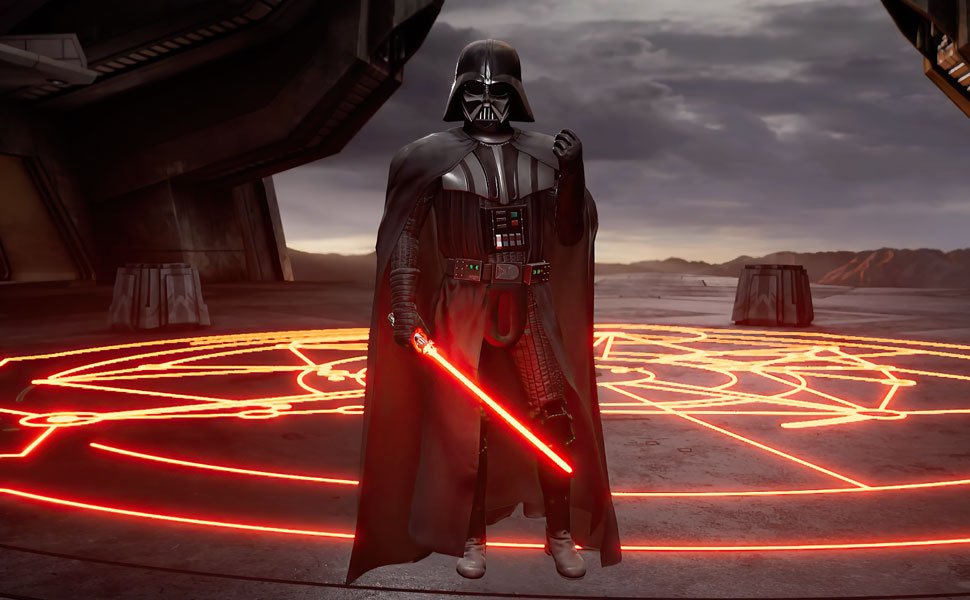 Vader Immortal: Lightsaber Dojo is now available as a location-based attraction at select Main Event entertainment centers across the U.S.

Originally a survival-based mode in the award-winning Vader Immortal: A Star Wars VR Story, the Lightsaber Dojo lets players wield lightsabers and Force abilities to take out waves of droids. The mode also becomes progressively harder as Stormtroopers, Mustafar’s lava bats and staff-wielding sanctum guardians step up to fight. Since then, studio ILMxLab announced the replayable mode would become a standalone game for location-based VR arcades. This includes Main Event, which now hosts the Dojo in a limited five-to-ten minute experience. Instead of facing almost 40 waves of enemies, players in the streamlined Dojo would get an endless time-blitz based challenge with all enemies included.

But options are also on the table for VR players, who have a limited access to some of Vader Immortal‘s finest lightsabers from the series. From Obi-Wan to Darth Maul, Kylo Ren and Darth Vader, players can use each one to suit their style. This is where players have to block melee strikes, raposte and use their sabers to survive. They can also use their free hand to Force push, pull or grab and throw their lightsabers as a weapon for distant training droids. Ultimately, Darth Vader appears to challenge players to a lightsaber duel as it happened in Vader Immortal Episode 3. Despite location-based game originally taking place in a crumbled ruins, it looks like Lightsaber Dojo has received a few updates (as all Star Wars themed attractions interestingly do) and players will be atop Vader’s mysterious castle on Mustafar.

Of course, those lucky enough to play the experience from Main Event can still take the experience home through PSVR, PCVR or the Oculus Quest/Quest 2. This is where the Dojo comes in a skill-based set of levels with a reward system for hilts and gloves. They can also use the Force to wield more weapons including blasters and thermal detonators to help them out in battle. More importantly, players also can experience the 90-minute story (split in episodes) set between the events of Revenge of the Sith and Rogue One with connections to The Rise of Skywalker. As a smuggler, players are kidnapped by the Dark Lord himself as he plans to use the Aeon engine to revive a loved one.

Vader Immortal: Lightsaber Dojo is now available as a VRcade-based attraction at Main Event, while all three episodes of the full game can be bought and downloaded at home over PSVR, PCVR and Oculus headsets. A VR sequel called Tales From the Galaxy’s Edge was released late last year by ILMxLab with expansions on the way.

(P.S. As a tip, players can unlock force lightning after 50 defeated enemies).