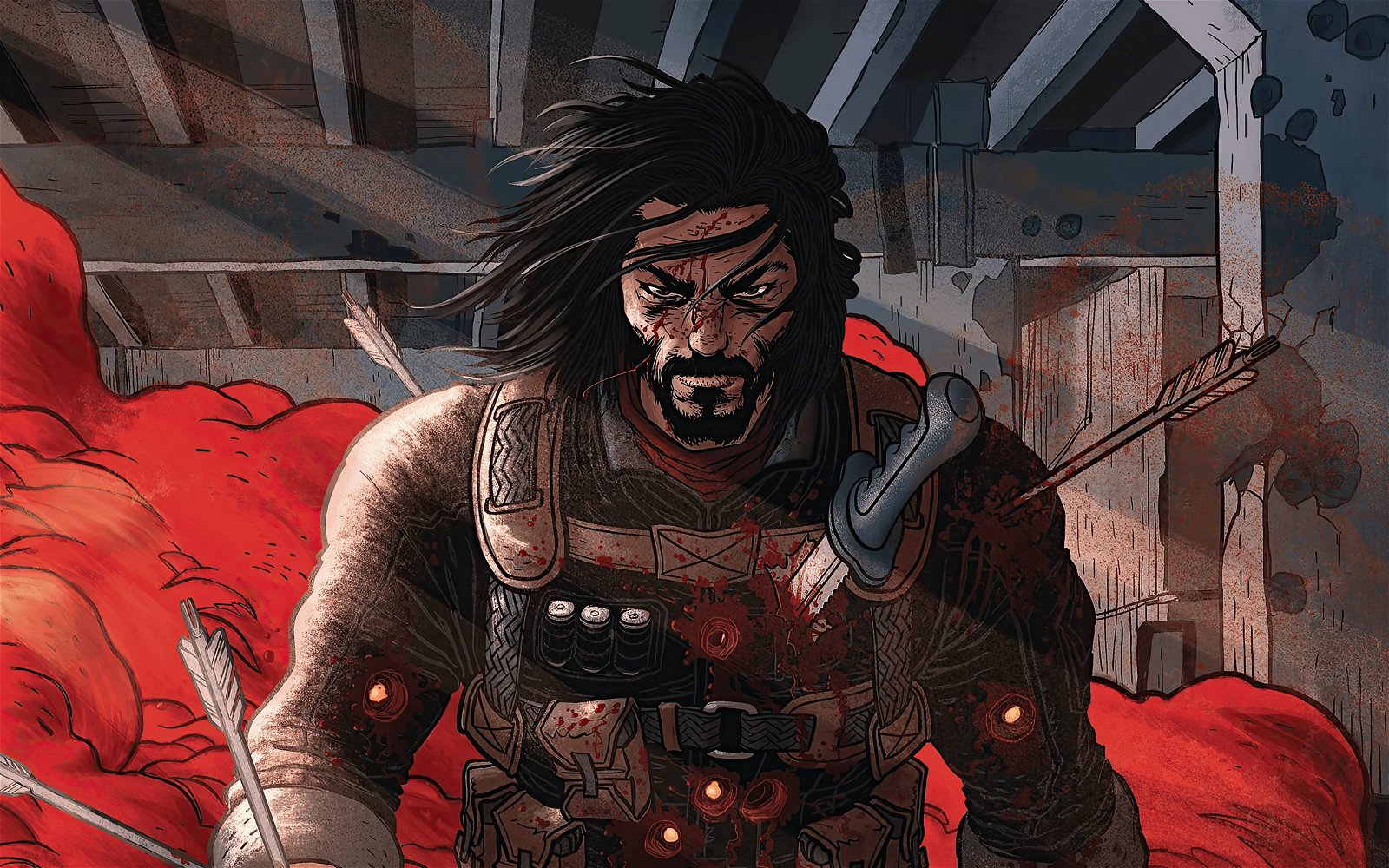 In an interview with New York Comic Con, Keanu Reeves states, “The structure of the story is, in the modern-day, we’re following a character named B and then so we have the origin story of this character where we learn about his parents, how he was born, how did he become a kind of a half-mortal half god. At the same time, we’re in present day America where our character B has made an agreement with the United States government, where he can hide in that with his violence and what he has his compulsion to do, which he doesn’t really want to do anymore. But in exchange they’re studying him, and so there’s a kind of scientific, emotional/psychological kind of background in his present day. The origin story that kind of flashes back, and so these parallel worlds come into this moment through the architecture of the piece. We’re hoping for 12 issues. I mean, that’s what we’re aiming to do….”

BRZRKR will be Keanu Reeves’s debut in the comic book industry. Matt Kindt will be the co-author of the book, while Ron Garney will illustrate. The three big names of the entertainment industry have fans excited, so excited that they’re donating money to kick start the project on Kickstarter.

The funding for this project was between September and October of 2020 for thirty days. BRZRKR’s goal was set to $50,000 but ended with a final pledge of $1,813,985. Depending on the amount pledged determines which tier reward would be unlocked. Each reward tier offered all three volumes of the upcoming BRZRKR comic series with four issues/chapters per volume. They created special and limited editions printed on either hard or soft covers. The top tier was set at a donation amount of $2,499 and included an appearance of yourself in the comic; it is a cameo appearance on a reprinted page with a line of dialogue.

Surely fans can still pre-order or wait for the release to order the graphic novels even after the thirty day funding period has closed. On the Kickstarter BRZRKR funding site there is an option highlighted in blue at the top right of the screen titled “Late Backers,” if you click it, then you will be able to pre-order certain special-edition and limited-edition versions of the graphic novel. There were some exclusive versions as mentioned, such as making an appearance in the comic and others that were only available during the thirty-day funding phase, but there are still many cool options to suit any fan’s needs.

Keanu Reeves continued in conversation revealing further details about who this character is and how he was developing him. “He’s a Viking; he’s with the Roman armies and the Napoleonic army. He’s in the first World War and then started to turn into, well, who is that person, who is that guy, who can be that vessel, what’s that story. And then this kind of origin story of… I don’t want to give too much away. His dad’s not immortal, and then that turned into the kind of potential of this guy who’s kind of cursed. He’s compelled to violence, but he doesn’t want to kill, he finds life precious, but he can’t die. And so I thought that was an interesting problem, and I thought it was a kind of interesting psychological journey – for us, time speeds up, for him, time is slowing down, and he wants it to end, he wants his mortality, he wants to not be compelled to this violence. And I thought that this also could shine a light on some of our own nature, and just having this kind of the pathos to this character, who’s got trauma. He can remember everything, but he’s got memories that he doesn’t want to remember, so I thought that was psychologically interesting and something that we could all relate to.”

The synopsis reads, “The man known only as Berzerker is half-mortal and half-God, cursed and compelled to violence…even at the sacrifice of his sanity. But after wandering the world for centuries, Berzerker may have finally found a refuge – working for the U.S. government to fight the battles too violent and too dangerous for anyone else. In exchange, Berzerker will be granted the one thing he desires – the truth about his endless blood-soaked existence…and how to end it.”

For a brief preview of the first issue of BRZRKR, please click here.