Plus a smattering of Valentines goodies 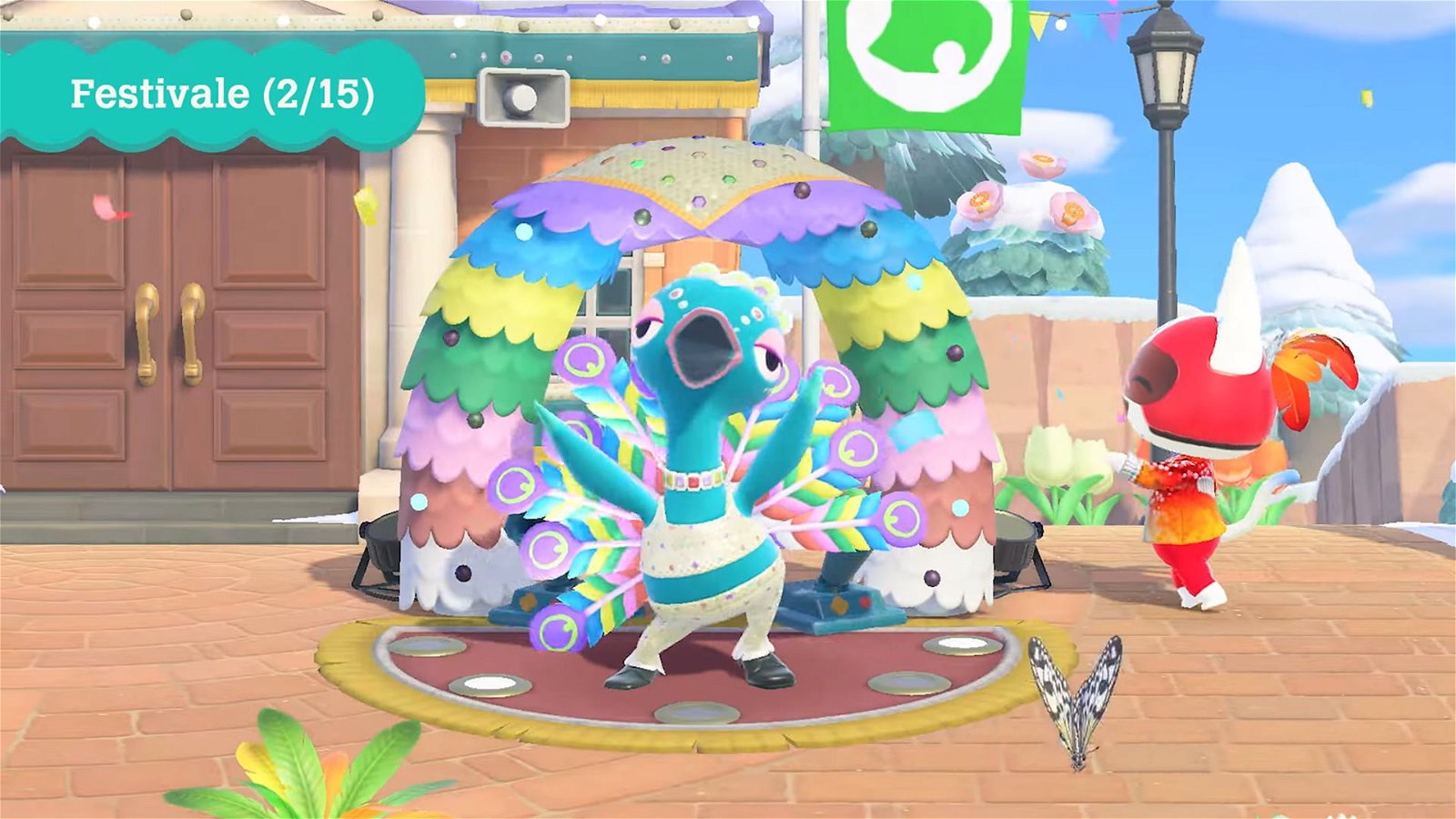 Nintendo is rounding out a year of Animal Crossing: New Horizons updates with the Festivale event, which will bring a warm, festive spirit to your snow-covered island.

The next free update officially arrives January 28—or likely around 9PM EST January 27, as with previous updates—and will bring the dancing peacock Pavé to player’s plazas on February 15. Confetti and feathers will rain from the sky, the latter of which can be caught with a net and traded to Pavé in exchange for a special dance and, presumably, special items or DIY recipes. Keep an eye out for the exceptionally rare rainbow feathers!

To prepare for the festivities, players will be able to purchase special Festivale-themed clothing items at the Able Sisters from February 1. The trailer highlights a couple of sparkly, colourful ensembles, as well as some other event-inspired decorations, sure to help dispel the winter blues. In the past, Pavé has had a signature blue and white furniture set named after him, but time will tell if this look will follow him to New Horizons. Don’t forget to pick up the Festivale Reactions pack from Nook’s Cranny for four Reactions to use during the event— Feelin’ It, Let’s Go, Viva, and Confetti.

Nintendo did not forget other February festivities, either. Nook Shopping will feature Valentine’s Day items like chocolate hearts and heart-shaped bouquets from February 1-14, as well as themed items for Groundhog Day and “Big Game Celebration available for certain periods during January and February.”

This is perhaps the smallest update for New Horizons to date (and still doesn’t include Brewster), but the announcement ended with a promise for a Nintendo-themed update to arrive in March, likely around the game’s first anniversary, March 20.

Around the same time, Nintendo will be releasing the Sanrio Amiibo cards for the first time in North America, exclusively through Target in the US. Nintendo of Canada tweeted that they will also be released in the Great White North, but had no concrete details to provide. First released in 2017, these cards will retail for $5.99 USD for a pack of six, and each card will unlock exclusive cosmetic items—posters featuring Sanrio and Animal Crossing characters.