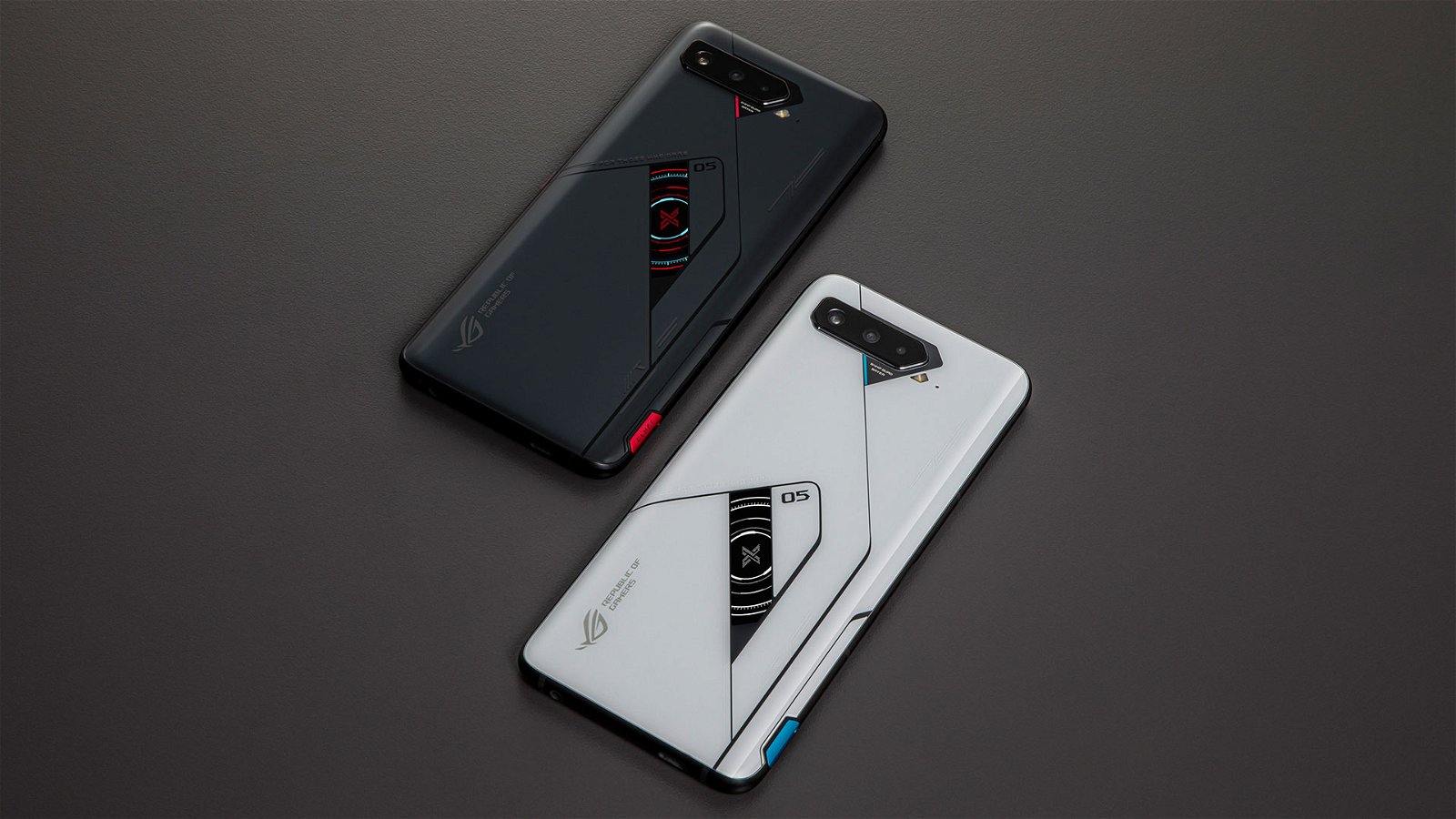 ASUS Republic of Gamers has pulled back the curtain on its newest series of gaming phones, the ROG Phone 5, which will push the boundaries of mobile gaming.

Where the models diverge is memory and storage. The ROG Phone 5 Ultimate has up to 18 GB LPDDR5 RAM, while the standard and Pro models support up to 16 GB. Meanwhile the standard model has up to 256GB of UFS 3.1 ROM, and its Pro and Ultimate cousins go as high as 512GB. Both higher levels will also feature ROG Vision, "a novel rear matrix display that shows animations in tune with the phone’s status." Customizable animations will play depending on system and in-game events.

Both the AirTrigger 5 control system and GameFX audio system will be vastly improved from the ROG Phone 3, which launched last June. As with other ROG products, the Armoury Crate utility will help connect, control, and configure the device for maximum performance.

As if the phones themselves were not impressive enough, a handful of modular accessories will be available as well. The ROG Strix Go BT headset will utilize Qualcomm's aptX Adaptive audio technology to deliver seamless audio via Bluetooth, or via the 3.5mm jack. Active Noise Cancelation tech will block environmental noise for the wearer, while ASUS' AI Noise-Canceling Microphone will keep voice transmission clear.

The Kunai 3 Gamepad will add console-like gamepad controls, while the Lightning Armour Case will not only provide extra protection, but extra style as well, with Aura lighting and a striking profile.

The ROG Phone 5 series will launch in Q2 2021, continuing the company's "ethos of daring to push boundaries and lead mobile gaming as well as the entire global gaming ecosystem." A special livestream competition, dubbed For Those Who Dare, saw esports influencers facing off in League of Legends: Wild Rift to commemorate the announcement.