New Samsung Galaxy A52 and A72 Announced

Next Generation of Galaxy Smartphones Revealed 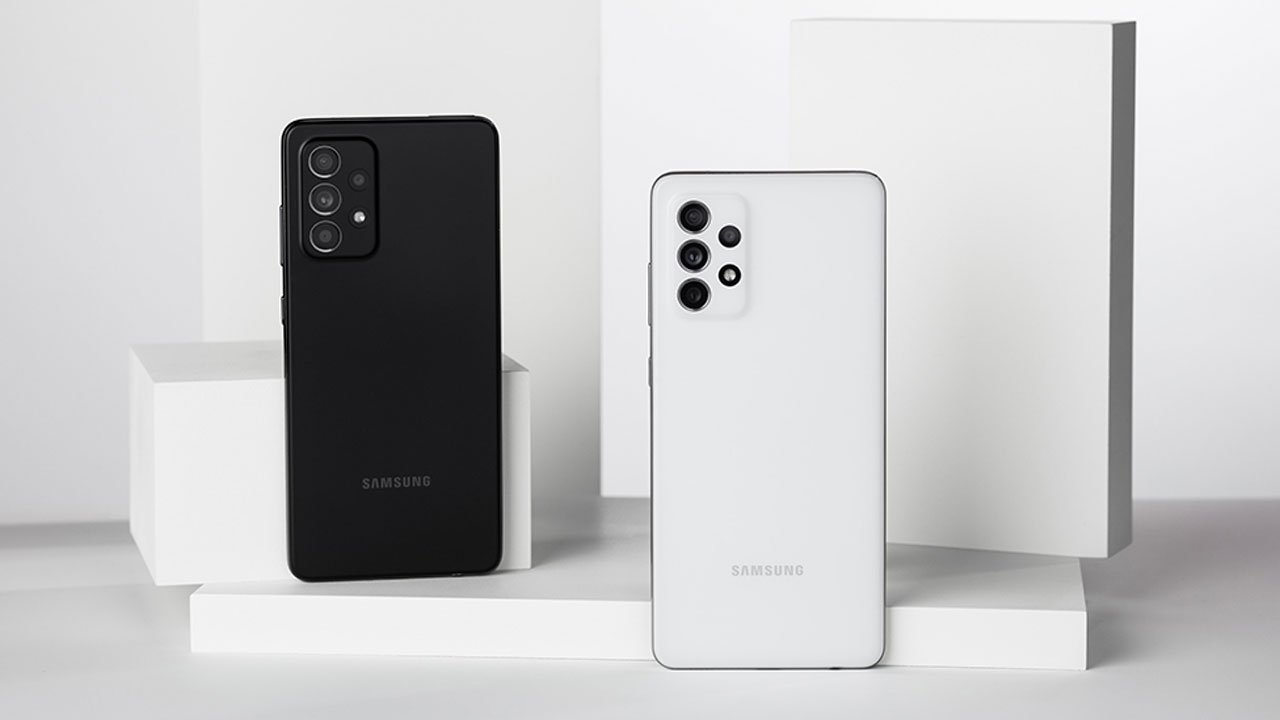 The next generation of Samsung Galaxy is here. Galaxy A52 and A72. From the new camera to a Snapchat partnership, here’s all you need to know about the new Samsung Galaxy A-series.

The camera was truly the selling point of the Galaxy A. The A52 and A72 are packed with a “truly iconic camera”. The Galaxy A52 and A72 both have versatile quad lenses on the rear. The A52 is equipped with a 5Mp Macro Camera, 12MP Ultra-wide Camera, 64MP Wide Camera, and a 5MP Depth Camera. The A72 model includes the same rear lenses except the 5MP Depth Camera is replace with an 8MP Telephoto Camera. The A-series phones also bring back Optical Image Stabilization (OIS), which will make even the most simple pictures and videos look clear and bright. This feature essential to combat our natural handshaking when snapping a photo and stabilizes the lenses for a steady photo.

The new Galaxy also features a Night Mode feature when the lighting is just now right. The feature uses multi-frame processing to brighten your pic, so even in low-light environments, your photo subject will come out visible and bright.

The new Samsung phones know that sometimes you can miss the perfect moment when trying to decide whether to take a video or a photo. With the Single Take feature that’s no longer an issue. You can capture multiple shots in an instant, with one long shutter press you can get between 2 and 9 different photos and videos and once. Both phones have powerful cameras however, exclusive to the Galaxy A72 is 3x optical zoom, which is a first for the A-series. Featuring 3x optical zoom and 30x digital zoom allowing you to capture great shots at a distance.

The Samsung Galaxy UI gets an update with ONE UI 3.1. Providing users with smoother motion effects to customizable widgets the new UI enhances your everyday features for a more convenient experience. The new Galaxy also makes sharing easy. Music Share will sync a phone with a friend’s device to share music without speaker pairing. Also, pair phones with two sets of Galaxy Buds devices and listen together without sharing headphones. The feature Private Share also makes it easy if you share too much. If you change your mind about a photo or video you sent to someone, you can revoke access to the media sent with just a tap.

The new smartphones come with a soft edge design and 4 different colours, “Awesome Black”, “Awesome White”, “Awesome Blue”, and “Awesome Violet”. Pretty awesome. The new display is said to be the “brightest, smoothest, and most vivid display ever.” It certainly is the brightest in the series, with 800 nits brightness, which will make it a lot easier to read your screen while out in the sun. The Galaxy A52 has a 6.5″ display while the a72 is only a tad larger with a 6.7″ display. The new series is built with a high refresh rate so you can scroll through your feed with ease. The display also features an Eye Comfort Shield which will protect your eyes from blue light. So being on your phone all day is just a little less harmful.

The Galaxy A battery will last you 2 days when fully charged. It’s long-lasting but also smart. If you forget to plug in your phone to charge before bed, the Galaxy A-series will go into Power Save mode during your usual sleep hours. The A52 is equipped with a 4500 mAh battery while the A72 packs a 5000 mAh battery. The phone also supports super-fast charging at 25 watts.

The launch event only revealed prices for Europe with The Samsung A72 price being €419 while the A52 will start at €349. The prices translate to roughly $622 CAD and 518 CAD. UK orders are available here. Although, there is no international release date yet, it is said the new phones are to release in the U.S sometime in April.