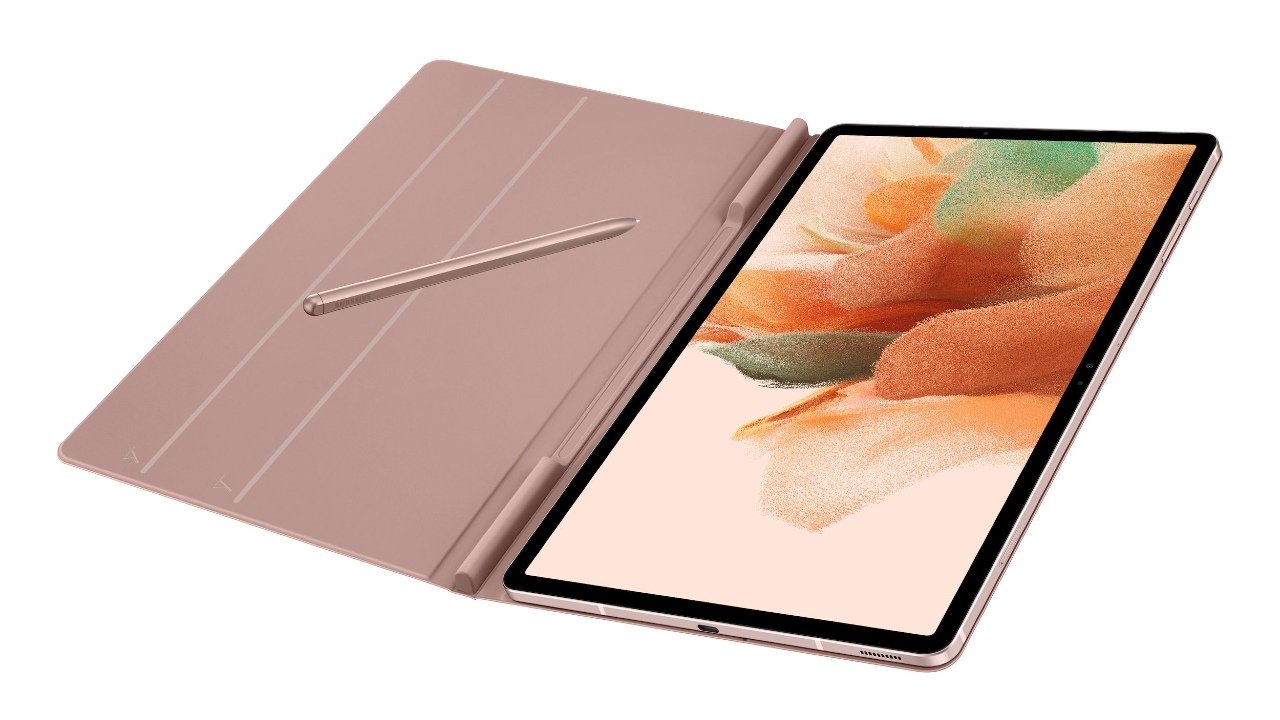 While the tablet has not been officially announced, we did however get a good look at the tablet through rendered images, shared by Evan Blass. The tablet shows off the device’s dual-camera setup and flat edges. The images also showcase that the Samsung tablet will feature S Pen support, users will be able to store and charge a stylus through a magnetic area in the back of the tablet.

The Galaxy Tab S7+ Lite will support notebook covers that attach to the device through the previously mentioned magnetic area. The cover also doesn’t appear to cover the S Pen storage space in the back of the tablet according to the rendered images. The accessory will come in five colours including black, blue, white, green and pink.

One revelation of the leaked images revealed by Roland Quandt and Max J is that the tablet itself will actually be called the Galaxy Tab S7+ Lite instead of the Galaxy Tab S7 Lite. It’s an extra syllable to a tablet that isn’t quick to say unlike quickly saying the iPad. The tablet name aside, the number of images showcasing the Samsung tablet suggests that the launch of the device could be revealed soon.

If you’re curious about how big the screen of the new tablet is, well previous rumours have stated that the tablet will feature a 12.4-inch display. As far as specs go it will also feature a Snapdragon 750G processor, 4GB of RAM and like previously mentioned support S Pen. The two important aspects of the device that hasn’t been revealed is the price and when it’s coming out. Rumours have suggested that the Samsung Galaxy Tab S7+ Lite could launch this June but nothing is confirmed at this time.