Planeswalk to the Forgotten Realms in Magic’s Summer Set 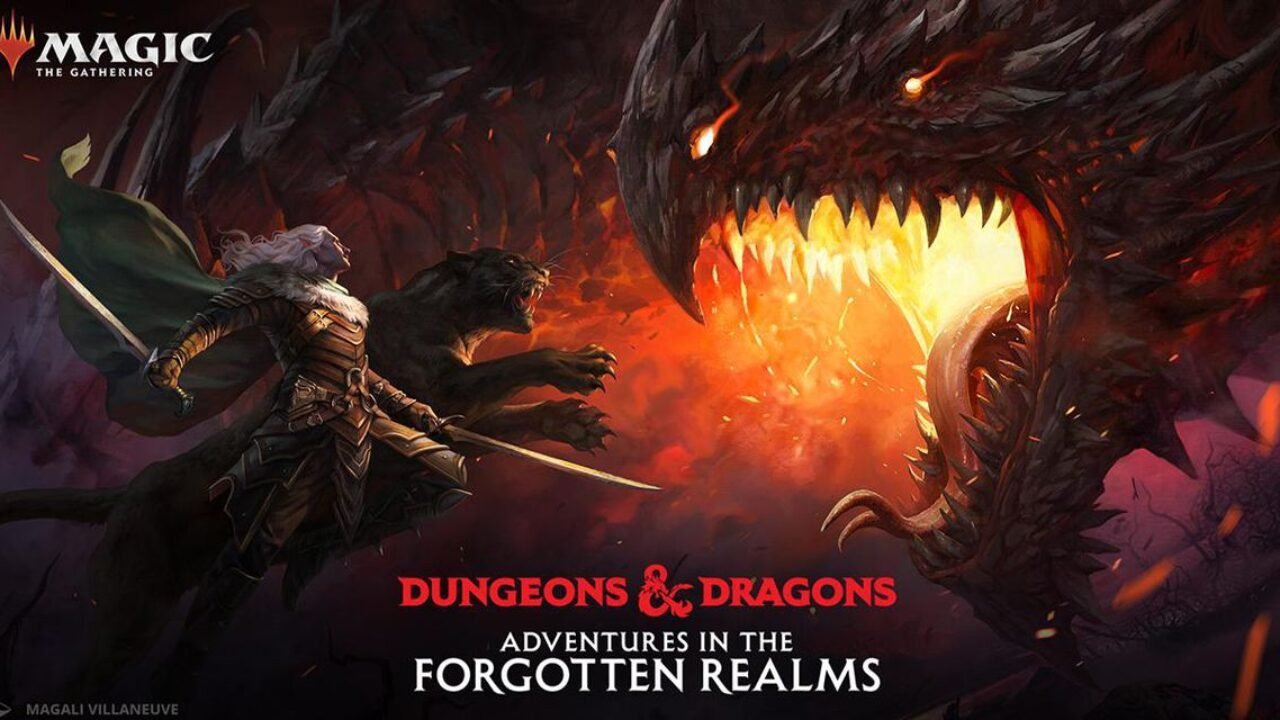 For the first time, the worlds of Magic: The Gathering and Dungeons & Dragons will collide in Adventures in the Forgotten Realms, the card game’s July set.

Wizards of the Coast provided a first look at the latest crossover between its two biggest properties yesterday, while kicking off its Summer Of Legend event. This new set looks to translate iconic spells, characters, and elements from the classic role-playing game into the groundbreaking trading card game. The Portable Hole becomes an artifact which exiles your opponent’s permanents, while the timeless ninth-level spell Power Word Kill becomes an uncommon instant that destroys any creature save angels, demon, devils, or dragons.

Details were not yet provided on any of the set’s unique mechanics, but Adventures in the Forgotten Realms appears to be taking the place of the annual Core Sets released each summer. Portable Hole, for instance, is very similar to perennial spells like Journey to Nowhere or Oblivion Ring. It will be interesting to see how other concepts will be translated into a new form.

The dragon god Tiamat’s card was revealed, a 7/7 gold legendary creature with a hefty cost, who lets players tutor five different dragon cards out of their decks and into their hands. This could be incredibly potent with other dragons like the founders of Strixhaven‘s colleges, and will likely inspire some creative Commander decks. Tiamat will also receive a borderless, full-art version befitting her status.

This set’s unique art treatment is being called the “classic rulebook treatment,” and is meant to evoke the look of Dungeons & Dragons‘ Monster Manual. Like Strixhaven‘s Mystical Archives, these flashy variants will make a big impact on the battlefield. At least one Beholder will be present in this set, the Baleful Beholder, and it will receive one such alternate version—but the dev team is keeping its rules text under wraps for now.

Though this is the first time D&D is coming to Magic, it isn’t the first crossover between the properties. Wizards have released a handful of MTG sources for the role-playing game, including the sourcebook Guildmaster’s Guide to Ravnica. Players will be able to bridge the gap between the games July 8, when Adventures in the Forgotten Realms debuts in Magic Arena, at virtual and physical pre-release events beginning July 16, or when it fully releases worldwide on July 23.

File Under: Dungeons & Dragons, Magic: The Gathering, Wizards of the Coast