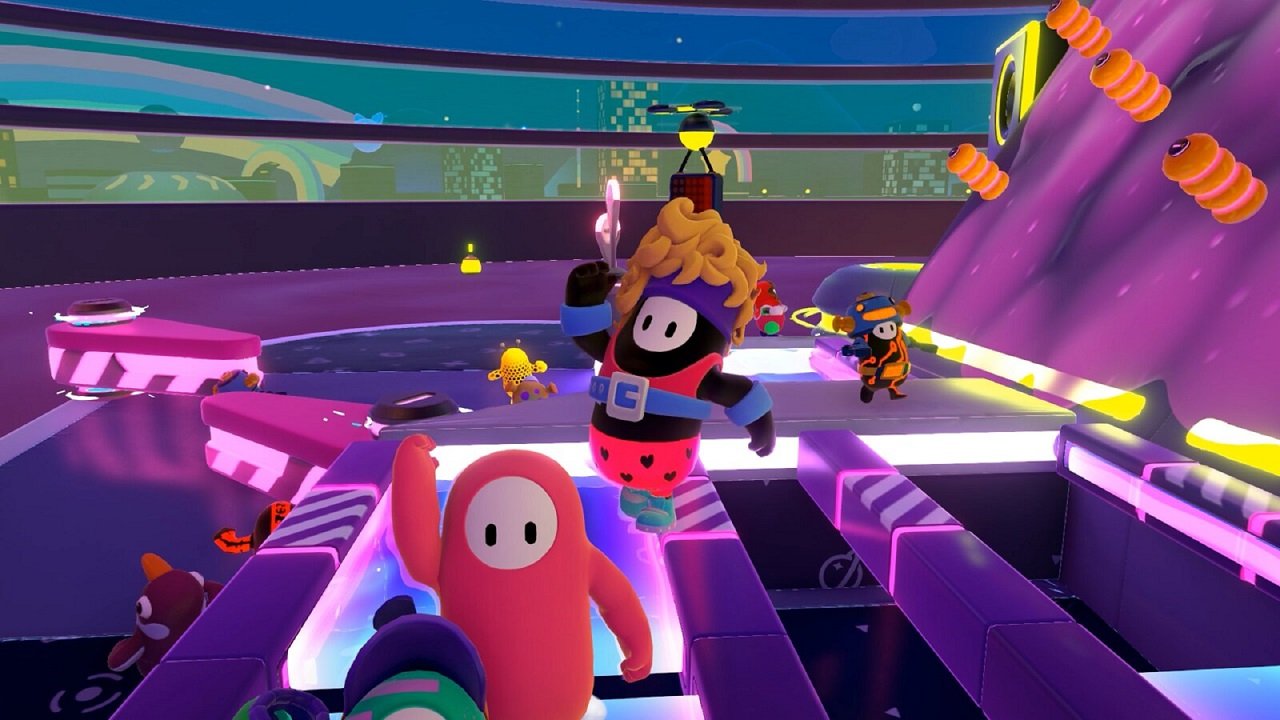 Fall Guys: Ultimate Knockout‘s new season 4.5 update adds two new game modes as well as the ability for players to create their own custom lobbies for their own curated bean chaos.

Announced via the official PlayStation Blog, the new 4.5 season update for Fall Guys: Ultimate Knockout will include some big changes with two new game modes, Button Bashers and The Slimescraper, plus the ability to create custom lobbies that can potentially include up to 60 players.

Along with the announcement, members of the Fall Guys: Ultimate Knockout development team shared their best tips and tricks for players to know going into these two new game modes. Button Bashers is a first among all other game modes in Fall Guys, because it pits two beans head to head for the higher score. Jump on lit buttons to earn points before the timer runs out, and a nail-biting overtime in case of a tie. The Slimescaper is the “spiritual successor to Slime Climb” according to the blog post, and you can watch gameplay of both new modes and custom lobbies in the new trailer here:

Harry Prebble, game designer and the creator of Button Bashers took to PlayStation Blog to give players his expert advice for achieving glory. He said “My main advice for players would be to keep calm and rethink how you approach obstacles! When you grab that first point, it can be a shock seeing an obstacle activate, so your instinct may be to back away as quickly. However, think of these as an opportunity to up your game—Low Gravity Zones and Fans can also propel you way faster than walking, so if you get your angles right, these can become short-cuts to the next button and another vital point.”

As far as The Slimescraper is concerned, game designer Max Boyle shared his advice for this new race against the slime. “It’s easier said than done when the slime’s hot on your heels, but a lot of the obstacles can be overcome with a bit of patience. When it comes to sections with Force Fields and Punching Gloves, keep an eye out for when they activate and how they cycle. Taking a moment to time your dash for the maximum window of opportunity is way safer than rushing!”

The new update is available for download now, and for more tips on the new modes you can check out the full PlayStation Blog post here.