Funko Games To Bring Back The Goonies This Summer 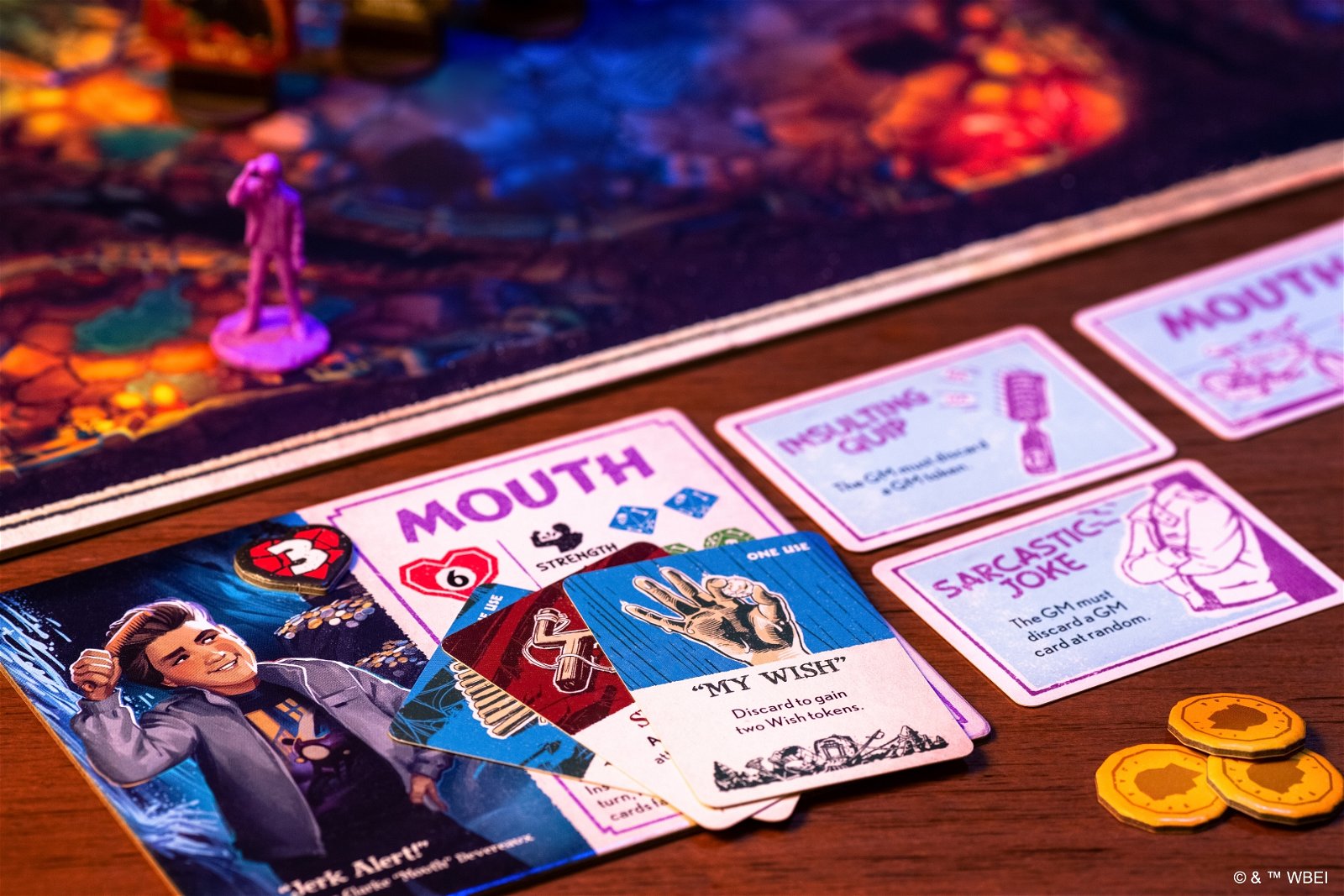 The 80s are back this summer thanks to Funko Games’ The Goonies: Never Say Die. Play along with the movie in a strategy board game designed for roleplaying game newcomers.

Designed by Prospero Hall (Funkoverse, Disney Villainous), this new game casts 1-4 players as the Goonies themselves—Mikey, Mouth, Chunk, Data, and Sloth—while another serves as the “Goondocks Master,” leading the party through nine unique scripted adventures. Seek the legendary treasure the kids need to save their homes by overcoming challenges and puzzles with teamwork and contraptions.

Like other roleplaying games, the GM will facilitate the adventures through treasure-filled caverns, activate booby traps, and control foes, such as the pirate One-Eyed Willy and the Fratelli outlaw family. No experience with the genre is required, however, and story will drive the gameplay through missions both brand new and inspired by the movie.

The Goonies: Never Say Die features 8 sculpted miniatures including Mikey, Mouth, Chunk, Data, Sloth, the Giant Octopus, the Fratellis, and One-Eyed Willie himself. Its 9 unique dice are inspired by the film’s pirate gems, while the illustrated gameboard evolves and changes with the various missions. There are also placards for characters and foes, a variety of different card types for players and GM alike, and a plethora of adventure tiles for building the game’s unique environments. Rounding out the package is a GM screen, like those employed in other tabletop RPGs like Dungeons & Dragons.

The Goonies: Never Say Die is now available for pre-order at Target in the United States, and will arrive in stores in early summer. This feature-packed box will retail at $34.99 USD. A roleplaying game inspired by the 1985 summer classic sounds like a great idea to revisit childhood memories while also preparing for the return of Stranger Things next year, really tapping into that ongoing wave of nostalgia fuelled by pandemic-inspired cast reunions.

File Under: Funko, The Goonies