Time for some geriatric mayhem 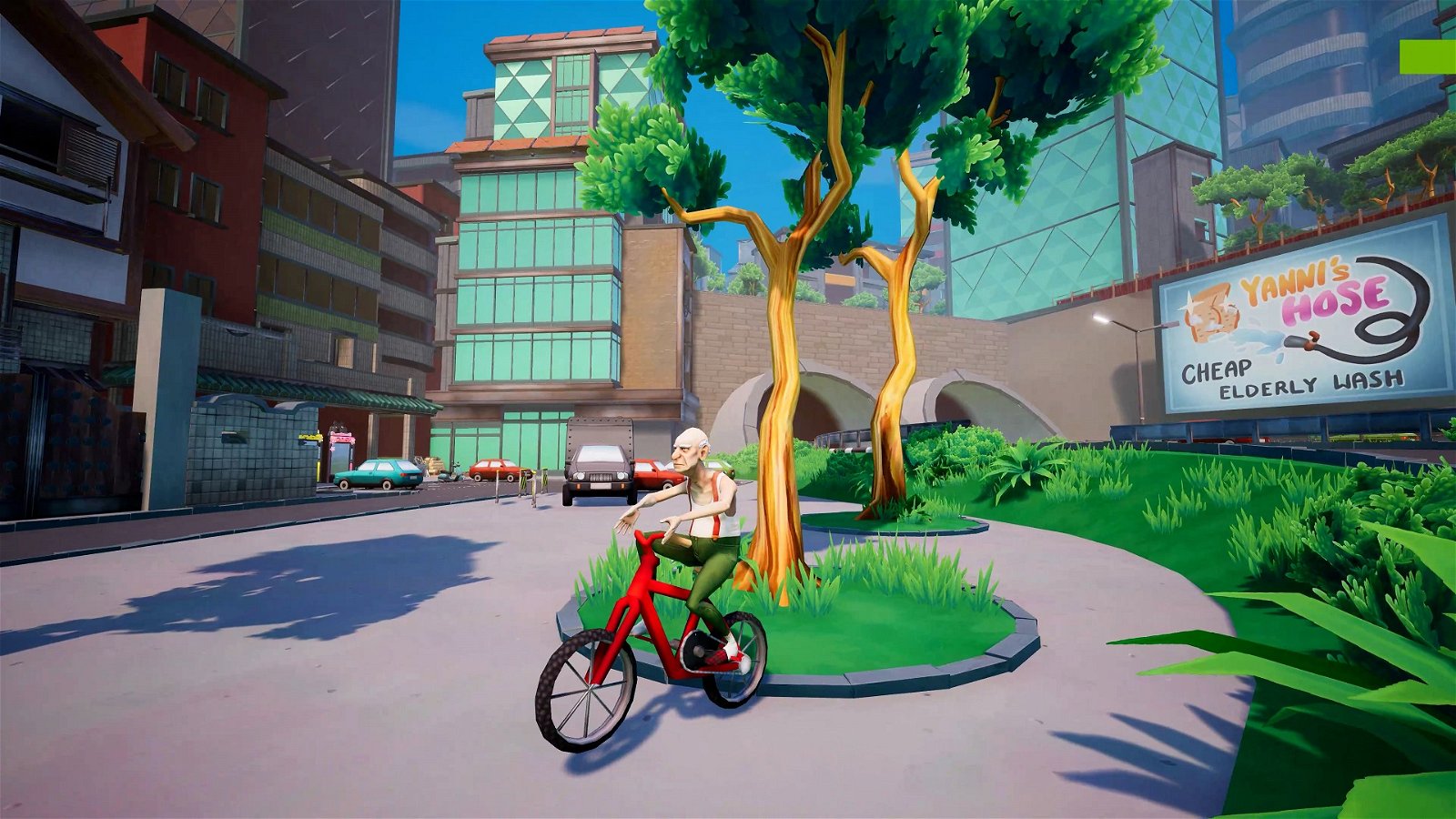 Just Die Already, the sandbox mayhem game that pits senior against senior in a bout for a coveted spot in a retirement home releases today, with a surprise announcement from the developers about a new PvP mode coming soon.

From developer DoubleMoose and publisher Curve Digital, Just Die Already is the game that tells the little boy offering to walk an old woman to cross the street to buzz off, because this old woman is actually looking to be hit by a car. More accurately, you playing the old woman are looking to be hit by a car so you can avoid those helpful annoying little boys for the rest of your life in a cozy retirement home.

Just Die Already follows the story of old folks who have been kicked out of their retirement homes and the only way to get back in is to participate in a bevy of dangerous, thrill-filled and potentially limb and life threatening challenges. You can cause your own mayhem by yourself in the single player mode, or join with up to four friends to roam around wreaking havoc together. To go along with the games launch today, the developers have released a new trailer, which you can check out here.

The developers have also announced that the first free post-launch update to be coming to the game, which will be a new PvP mode that allows players to “pitch boomer against boomer” according to a press release. Players will fight across four new arenas, and the update it set to release later this summer in June. The developers have also stated that this is just the first of many more free updates planned for the rest of 2021 and beyond.

Just Die Already is available now on PlayStation 4, Xbox One, Nintendo Switch and PC via Steam and The Epic Games Store for $14.99 USD.