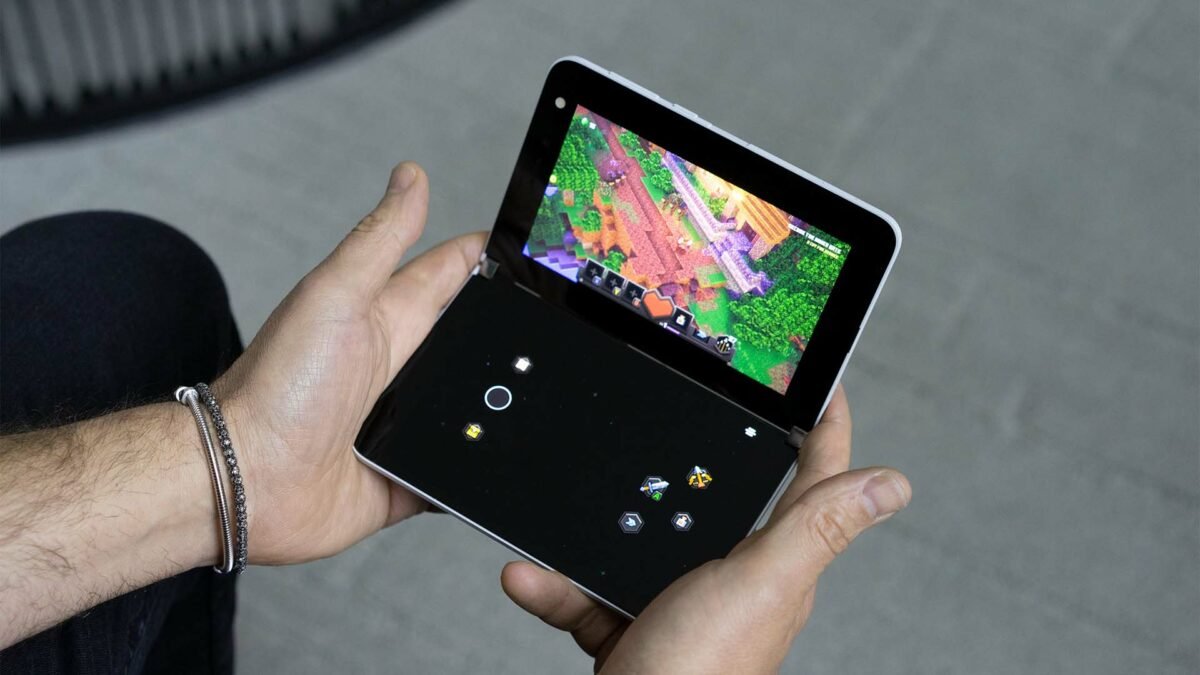 With Microsoft pushing their xCloud service, some of their tech has fallen in line to offer some really excellent experiences. The Surface Duo can be your own Nintendo DS for Xbox gaming.

While Microsoft’s Surface Duo was released a little while ago now, some are finding that when paired with their xCloud service, you’ll find that the Surface Duo ends up being extremely similar to one of the greatest-selling handhelds of all time—Nintendo’s DS line.

With dual-screen functionality, the similarities are obvious between the two, but adding the cloud services that allow your Xbox to work in the background while you play on a smartphone allows the Surface Duo specifically to really become a seminal piece of hardware for those wanting to utilize these features to allow for Xbox gaming on the go.

The Surface tablet series has been around for quite some time, but when Microsoft revealed their Duo and Neo options in 2019, most thought the functionality of dual-screen support was interesting, but seemed to sit in an odd place in our industry.

Now we are seeing some of that potential with the xCloud pairing. Add in the fact that Xbox has steadily been adding touch-screen support for several of their titles, such as Sea of Thieves, Gears 5, and Minecraft Dungeons, and you see the direction they may be heading for this device marketing-wise.

“This is industry pushing technology, and it’s technology pushing possibilities,” stated Microsoft CPO Panos Panay at the devices reveal in 2019. “People need to use their phones to be more productive, but phones have their limits.” While gaming might not be the most productive use of everyone’s time, it certainly is a way to push a device that may have been lacking a real sense of place prior to now.