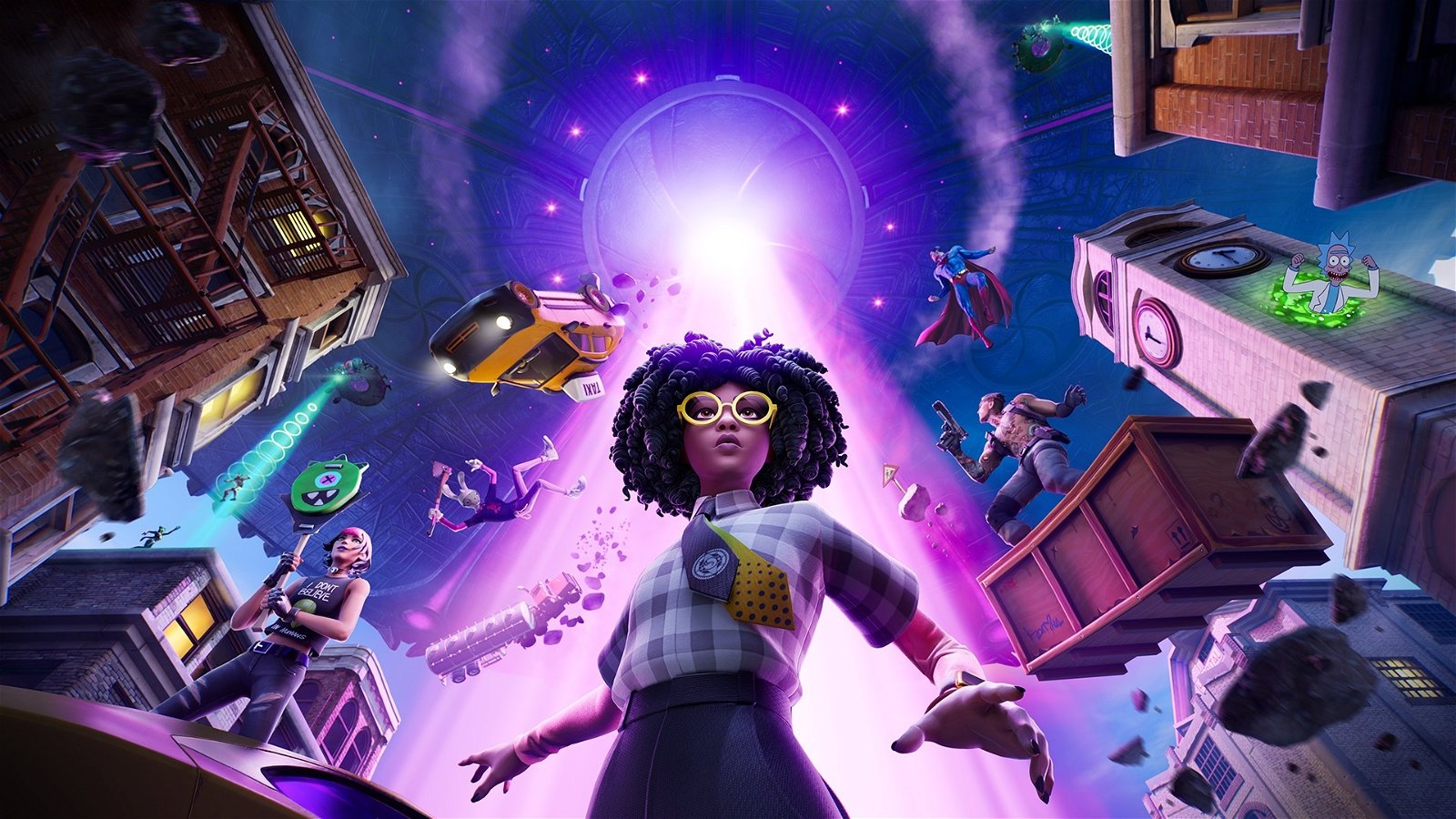 The seventh season of Fortnite Season 2 has officially kicked off and Epic Games has revealed what fans can expect from the new season in a new story trailer.

Although previously teased, the focus of the new season is on ‘invasion’ with a mysterious alien army making their presence known on the island. They’re not gonna have their way taking over, under the command of Doctor Stone, the Imagined Order (IO) will fight back against the invading force. Throughout the chaos, players will meet characters who either ’embrace the invasion, oppose it or just want to keep fishing’.

Like with every Fortnite season comes with cool additions like new unlockable pickaxes, back blings, sprays, emotes, and more. That’s not all as this season’s Battle Pass will feature outfits on characters who are ready to take on this new invading alien force. Those characters include Kymera, Sunny, Guggimon, Joey, Zyg, Doctor Slone, Rick Sanchez from Rick and Morty and finally the last son of Krypton himself, Superman.

Players will also be able to customize their own alien with the Kymera outfit, which players automatically unlock. More customizable options will be available as players collect Alien Artifact which will unlock different head shapes, eye colours, skin patterns, and more.

You aren’t limited to just having an Alien on your side but flying their UFOs too. Just shoot them down to hijack them so you can fly them with your squad and ‘fire at your foes, pick up anything that isn’t bolted down, or toss around fleeing vehicle’.

Battle Stars are also making a comeback and are collectable through levelling up. Fet enough and you redeem them to claim certain awards like getting Rick Sanchez and Guggimon into the order. Players will also be able to get their hands on new equipment like the Recon Scanner, the flexible Pulse Rifle and the Kymera Ray Gun.

Also coming to the battle royale game is the craftable material, Nuts and Bolts which you construct into weapons. You turn your as Assault Rifle into a Burst Assault Rifle, a Submachine Gun into Rapid Fire SMG, or a Shotgun into Lever Action Shotgun.