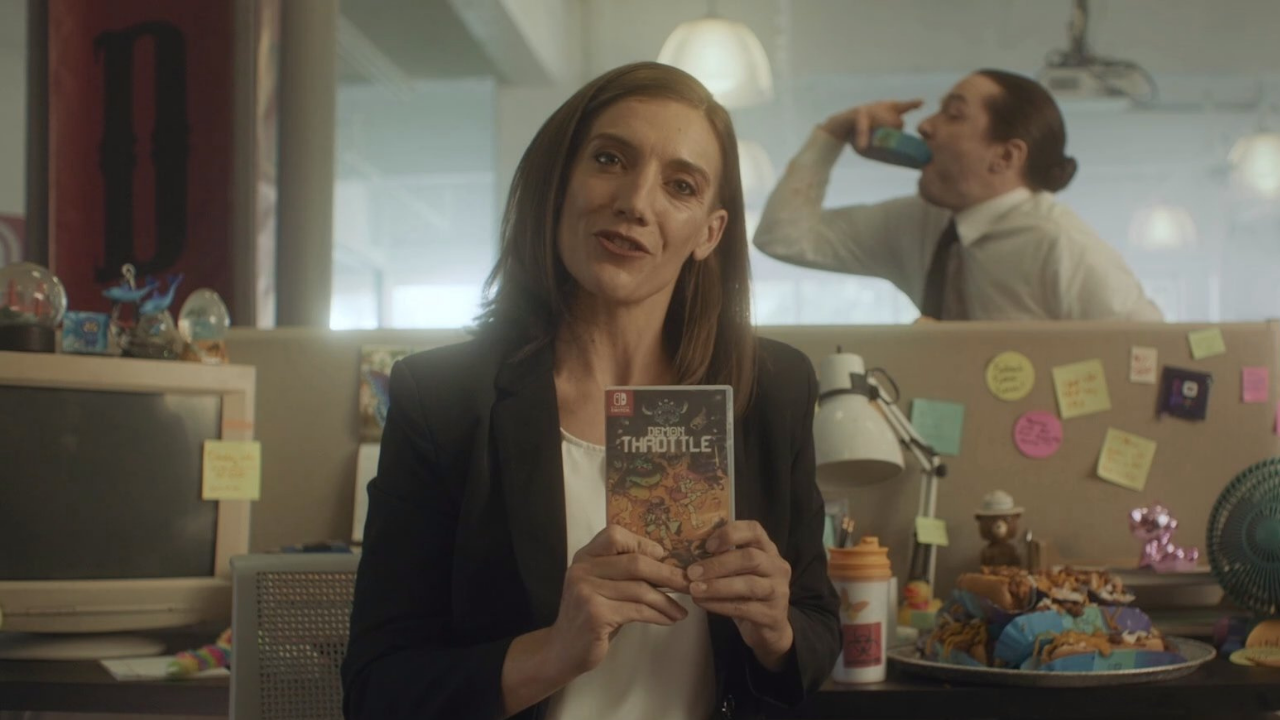 Nina Struthers is actually only a junior executive and everything we’ve seen so far has just been a pitch meeting. Who’da thunk it! It’s now time for the monetization-as-a-service process known as MaxPass+, as Devolver Digital continues to riff on the industry at large for questionable business practices and anti-consumer acts.

While the narrative-driven E3 conference is a must for keeping things light-hearted during a heavy news run that comes out of E3, they also had some games to show, including Shadow Warrior 3, Trek To Yomi, and Death’s Door.

The Shadow Warrior 3 Gameplay Trailer 2 was shown to start the conference, touting a 2021 release window for the PC, Xbox One, and PlayStation 4 platforms. In the style of a black-and-white Japanese film, Trek To Yomi was announced to be coming in 2022 to PlayStation 5, Xbox Series X, and PC. Phantom Abyss has previous player’s old forms running through a maze ahead of you in order to show where their paths went wrong.

Announced with a catchy tune and a comic-book art style, Wizard With A Gun will bring top-down, multiplayer-sandbox fun to Nintendo Switch and PC in 2022. Inscryption looks to bend reality and break the 4th wall with a 2021 release. Devolver Tumble Time offers a free-to-play mobile experience for those looking for puzzle gameplay coming later this year.

Surprisingly, Demon Throttle, the next game from the team behind Gato Roboto, is receiving a physical release from Special Reserve Games, which will not see a digital release… ever! This physical-only release is available for purchase right now at their website until October 13th in an open pre-order window.