PCs continue to stay gloriously warm with updates for 2021 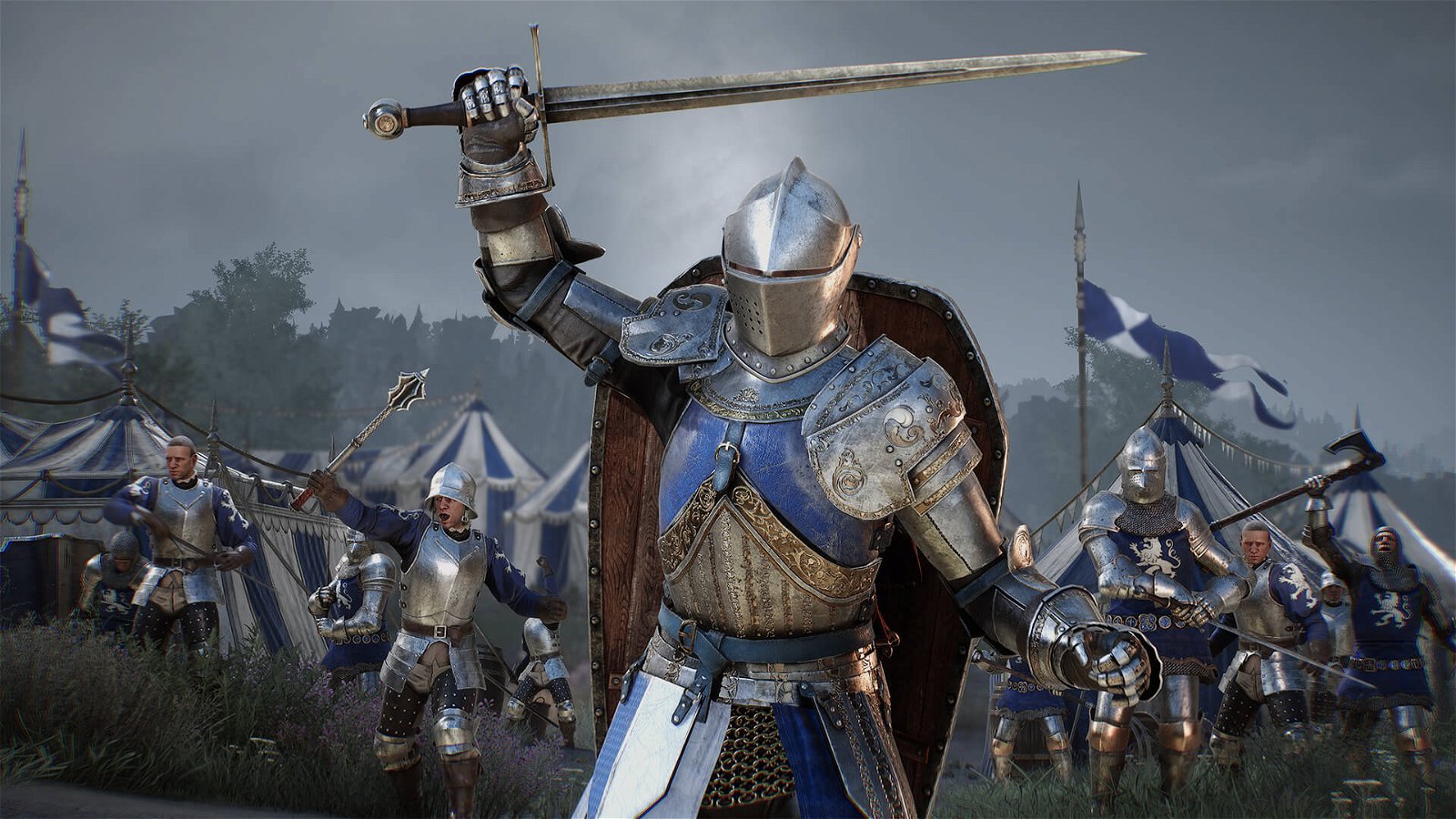 A number of post launch updates were also made readily available for PC through demos and surprise launches. This gave audiences plenty of opportunities to bring out their WSAD hands and keep their mice gliding. The event’s show also focused deeper into MMORPGs, dungeon crawlers and strategy – long running genres which shaped the PC gaming’s unique point and click format. Sean “Day9” Plot returned to host the PC Gaming Show with Mica Burton and Frankie Ward. Devbot returned as an AI for an aging starship, with its intergalactic crew tasked with rounding up every review from developers scattered in the wastelands.

Chivalry 2 was given a brand new postlaunch update for its first person medieval combat, doubling-down on the large scale multiplayer battles from its predecessor. A new trailer from Tripwire and Torn Banner Studios revealed footage of a detailed kingdom players can invade with an AI army or online party. There is also added destruction on environments and ships – vehicles which players can use to travel across regions. Chivalry 2 is available for PC and other major consoles now.

Players can exercise their taste buds in a new online multiplayer third person shooter by LLC and Animal. Rawmen: Food Fighter Arena is inspired by the noodle soup and a worldwide cuisine for players to harness across various battlegrounds. Its game modes shown in the trailer included the traditional deathmatch where players would hurl hot ingredients as projectiles. Rawmen gets more absurd as the scene changes from its town to an eSports arena, where players work against each other in different goal-based objectives (involving a giant meatball). Players can also assume different chefs with an ability to jump high through their diet and use different sauces with perks. Rawmen: Food Fighter Arena is currently in development without a release window.

Amplitude and SEGA made an appearance to explore Humankind, the next top-down management game inspired by Civilization. Its longer term gameplay focuses on building up settlements across decades, with an ability to progress through technological advancements. Players were also introduced to their powerful host, who will serve as a guide and point person for tutorials across the game. Some more footage detailed the ability to barter and negotiate with other AI settlement leaders, while successful deals would unlock new ways to grow. Humankind releases on August 17, 2021 for PC.

PC Gamer spoke with Jerome Jones, a lead design director for Orcs Must Die 3. According to Jones, players can connect with others or go solo in a third person action adventure. Players will be slaying hundreds of orcs in a fixed battleground, around its core gameplay for setting traps and defenses. This gives players control over the battle in Orcs Must Die 3, while they can switch between blasting enemies with the defenses or fight head-on. The game finally launches for PC on July 23, 2021.

Vampire: The Masquerade Swansong by Big Bad Wolf Studio received a cinematic trailer around a character’s own backstory. As a twist in the World of Darkness franchise, players become a vampire in pursuit of blood and to earn a seat in the universe’s high table. A brief gameplay snippet suggested players would be investigating crime scenes as a vampire investigator. The RPG will also be a story driven single player game, with players controlling three different vampires featuring their own perks. This creates a branching storyline exploring the vampire underworld in modern day Boston. Vampire: The Masquerade Swansong is set for a 2021 release window.

A world premiere trailer was shown for Ixion, a new settlement management game by Bullwark Studios and Kesedo Games. Players will be responsible for growing their own colony across the stars, light years away from a dying Earth. This gives players a chance to do better with adequate resource gathering and creating an infrastructure. Unique planets are also home to special enemy types and resources which can be harnessed to improve settlements. Ixion is currently being developed with a planned release in 2022.

MechWarrior 5: Mercenaries is receiving a number of quality changes following its 2019 launch. In a one-on-one interview with Piranha games Senior Marketing Manager Daeron Katz, who detailed the frenetic action of blasting enemies in their own death machines. They will also be taking care of their on-board systems during battle, including heat and other life support. This comes with a bigger goal to land on planets and destroy select enemy placements, which ends by summoning an invasion force. MechWarrior 5 comes with a few additional weapons, including a dual laser and ion bolt gun which can be attached to either arm on player mechs. Its upcoming Heroes of the Innersphere DLC adds new missions and a career mode for players, letting them import their existing campaigns or join a new house. New progression also allows players to gain the DLC’s aforementioned weapons, while they can test them out in the new Beach Head game mode.

Jurassic World Evolution 2 gives PC players a brand new way to manage a zoo with history’s bloodthirsty killing machines. Its management format features more dinosaurs than the first game, giving park guests plenty of attractions to see in a player’s own utopia. Like the previous game, players can hatch various strains of dinosaurs before growing them. But they can also collect rare variations, while Evolution‘s unique progression turns each dinosaur into a powerful weapon used in arena fights. Players can watch with delight as their creations tear each other apart, until they have to manage park emergencies and dinosaurs escaping their enclosures. The latest CG trailer was voiced by cast member Jeff Goldblum, who reprises his role as Ian Malcom. He will also have a presence to guide players across the game. The sequel deepens the management sim with a few quality-of-life changes and tie-in dinosaurs for Jurassic World Dominion.

Valve president Gabe Newell made an appearance to promote Next Fest, which releases a variety of demos for upcoming PC games. Players can access Undead Citadel, Sable, Rogue Lords, Fallen Aces and other indie-based titles ahead of time. The limited event runs on PC exclusive distributor Steam from June 16 to June 22, 2021.

Space MMORPG EVE Online announced an update for its Academy, a brand new place for first-time players to learn the ropes of flying a starship into massive fleets. The mode opens up the various pathways players can take when starting their online careers in EVE, with opportunities to learn the franchise’s lore. The mode is also designed to onboard players with training modules. Here, players are given areas to practice their dogfighting skills and to handle EVE Online‘s wide range of commands.