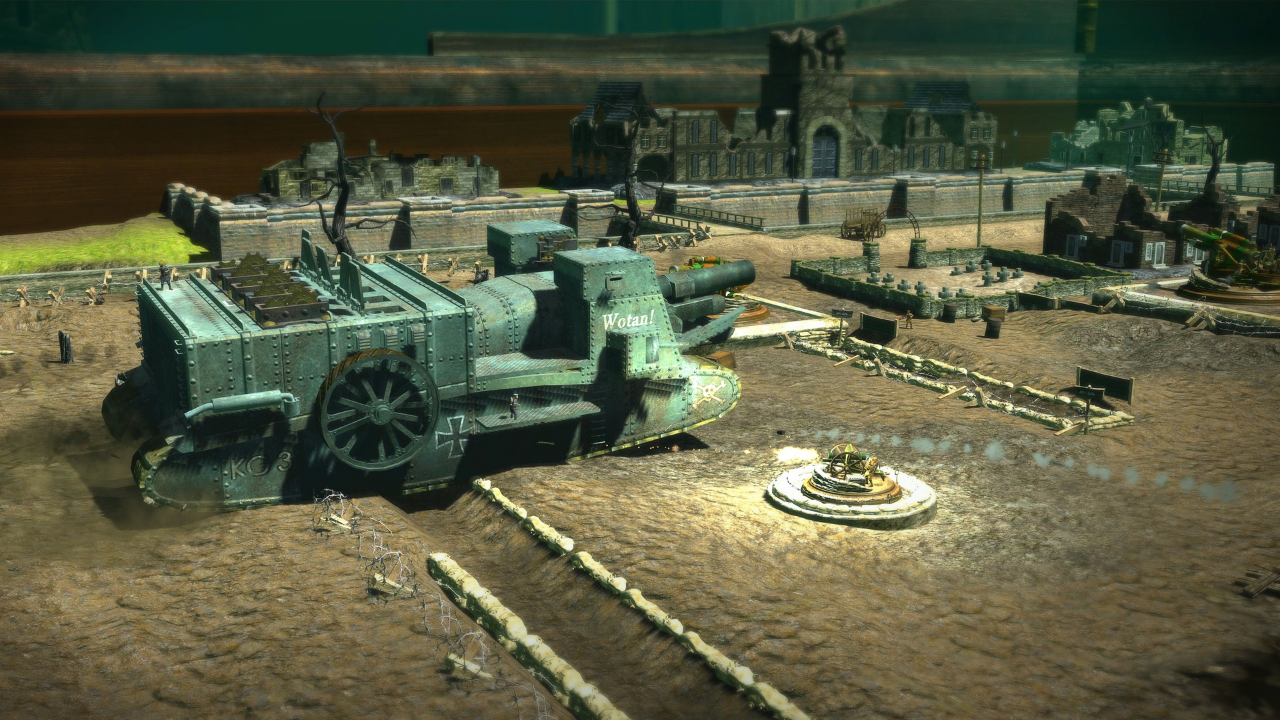 Epic tower-defense title, Toy Soldiers HD, takes players back to the days of Xbox Live Arcade with a fully-featured remaster of the original game for modern consoles and PC.

With a return of the intellectual property to the hands of some original developers, Toy Soldiers HD is coming down the chute this Summer, with an August 2021 launch window. Featuring a complete campaign with all the original DLC included, Toy Soldiers HD strives to be the definitive return to greatness for the long-dormant series.

Returning from the era of XBLA, with changes in the indie scene taking the world by storm, and titles like Super Meat Boy and Braid made available via digital means, it was a time that games like Toy Soldiers HD were able to be developed without the big AAA budgets or need for placement on shelves at your local game shop. This tower defense experience takes the player down to the battlefield as you take control of machine-gun nests and tanks to battle it out in PVP action with friends around the globe.

Taking place during WWI, Toy Soldiers HD offers all the action you would expect from a shooter like this while being unique in its tower-defense mechanics. While you can individually control tanks or planes to bombard the enemy as they attempt to run through your defended area, the name of the game is finding the best way to control the field while working in ways that best counter the enemy army. Deploy an exciting arsenal of guns, gas, howitzers, mortars, troops, flamethrowers, and vehicles to protect your Toybox in vintage WWI toy dioramas.

Battling against friends or strangers online is where Toy Soldiers HD is going to get its longevity as the various maps and DLC offerings (and a few new levels as well) keep things fresh, while each encounter is altogether different from the last. Encompassing several different mechanics within the simple premise, this title takes you to the skies, digs you into the trenches, and has you playing a game of Chess (not literally)—all at the same time! With leaderboards also available to keep track of how you're doing on the global stage, things are about to get competitive.

For those only interested in the single-player portions, fret not, as the campaign comes out to around 30+ hours of content from start to finish, which comes out to one hell of a deal when you consider this is a title that released over ten years ago as one of the early download-only titles. Coming to this game as someone who has played way more Bloons Tower Defense and PixelJunk: Monsters than I care to admit, while also sporting a love for history, I have to say, I'm stoked for this release and you should be too.

After completion of the single-player Story Mode, you can come back around and tackle the intense Survival Mode, where you face endless waves of opposing forces and see how long you can last. This mode allows you to hone your craft while also putting your wits to the test as the waves get larger and the fight gets tougher as time pushes on. From start to finish Toy Soldiers HD is a thrilling experience and is one that I will very much be looking forward to when it comes later this year.

Originally nominated for the 2011 D.I.C.E. Strategy/Simulation Game of the Year, Toy Soldiers HD comes from greatness and will return to greatness when it comes to Nintendo Switch, PlayStation 4, Xbox One, and PC in August of this year.