Bandia Namco's E3 presentation is focused on House of Ashes 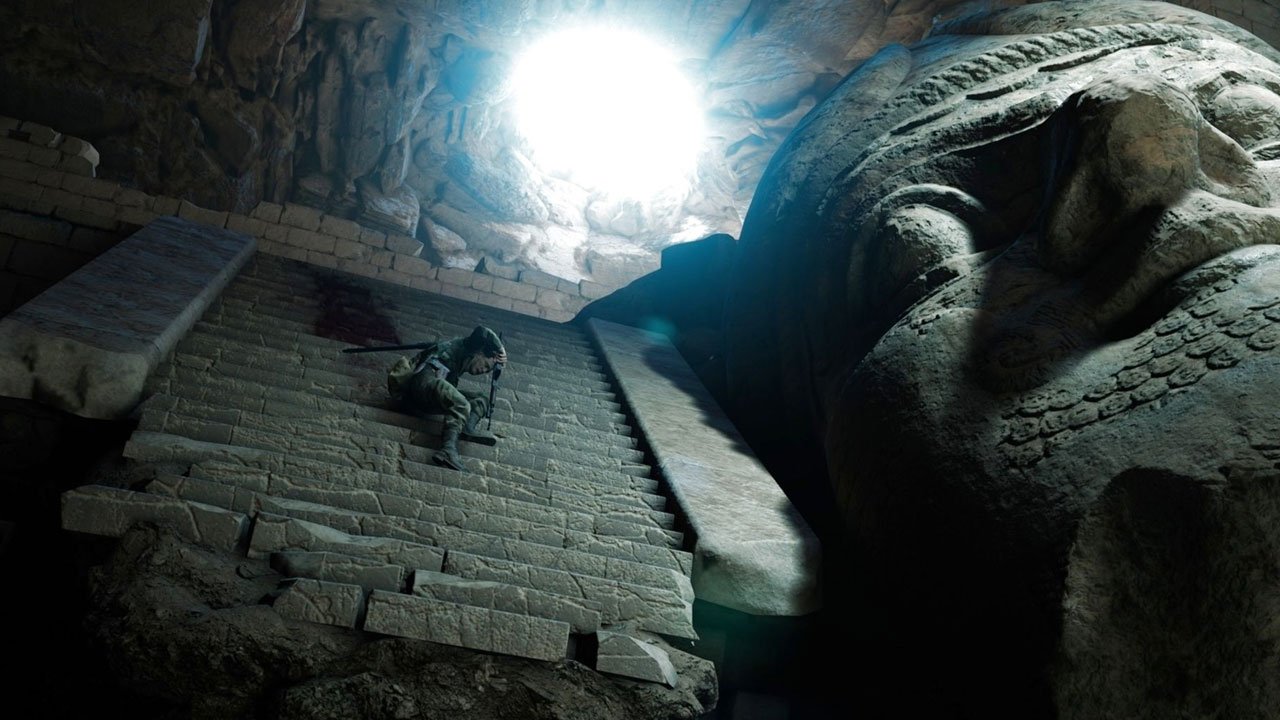 As one of the last presentations for E3 2021, Bandai Namco is up next focusing on Dark Pictures Anthology: House of Ashes.

The showcase is a deep dive on a singular game, just like WB Games did with Back 4 Blood. For anyone unfamiliar with the Dark Pictures Anthology is a series of standalone narrative, story-driven horror stories. As an anthology, they tell a different story separate from the other ones but they all take place in the same universe.

The presentation itself is a deep dive on the game in an extended interview segment with House of Ashes executive producer, Dan McDonald. House of Ashes takes present story takes place at the end of the Iraq War in 2003, which is directly linked to the game’s 4,000-year backstory. The event that House of Ashes is based on an event that happened thousands of years ago in the Acadian Empire, a self-proclaimed God-king cursed his people which led to devastation.

The game puts the player in the perspective of a military unit that got their hands on technology that can look for weapons of mass destruction. They’ve concluded that they believe they found something in Zagaros Mountains in Iraq which leads to the coming into contact with an Iraqi unit. Combat leads to the ground collapsing and both units falling down into the ground seemingly scattered and unscathed.

It is revealed that under the mountain is a massive hidden temple where both units are lost in a dark space where anything could come out of the shadows. Throughout the game, people will start disappearing and the horror aspect of the anthology comes out as a real threat to the game’s cast of characters. The threat is of the game is of course monsters, which are bigger and faster than the human characters.

Getting into the game’s system a little but McDonald revealed that the developer, Supermassive Games – who made PS4 exclusive game, Until Dawn – has made 60 unique deaths for the game. It’s not just the death but also the gore that the developer is known for. The goal of the game is to survive with as many people from your unit, so fans of the series will have to find out how many they can make it out with by the end.

The gameplay difference for House of Ashes compare to past anthology games is the better camera controls to ramp up jump scares. Since the game is set mostly underground they introduced a torch mechanic to give players a better idea to see an upcoming threat. Other additions are difficulty and accessibility options plus an option to turn off quick time event warnings.

The Dark Pictures Anthology: House of Ashes will release on October 22nd 2021 for PC, PS4, PS5, Xbox One and Xbox Series X|S.