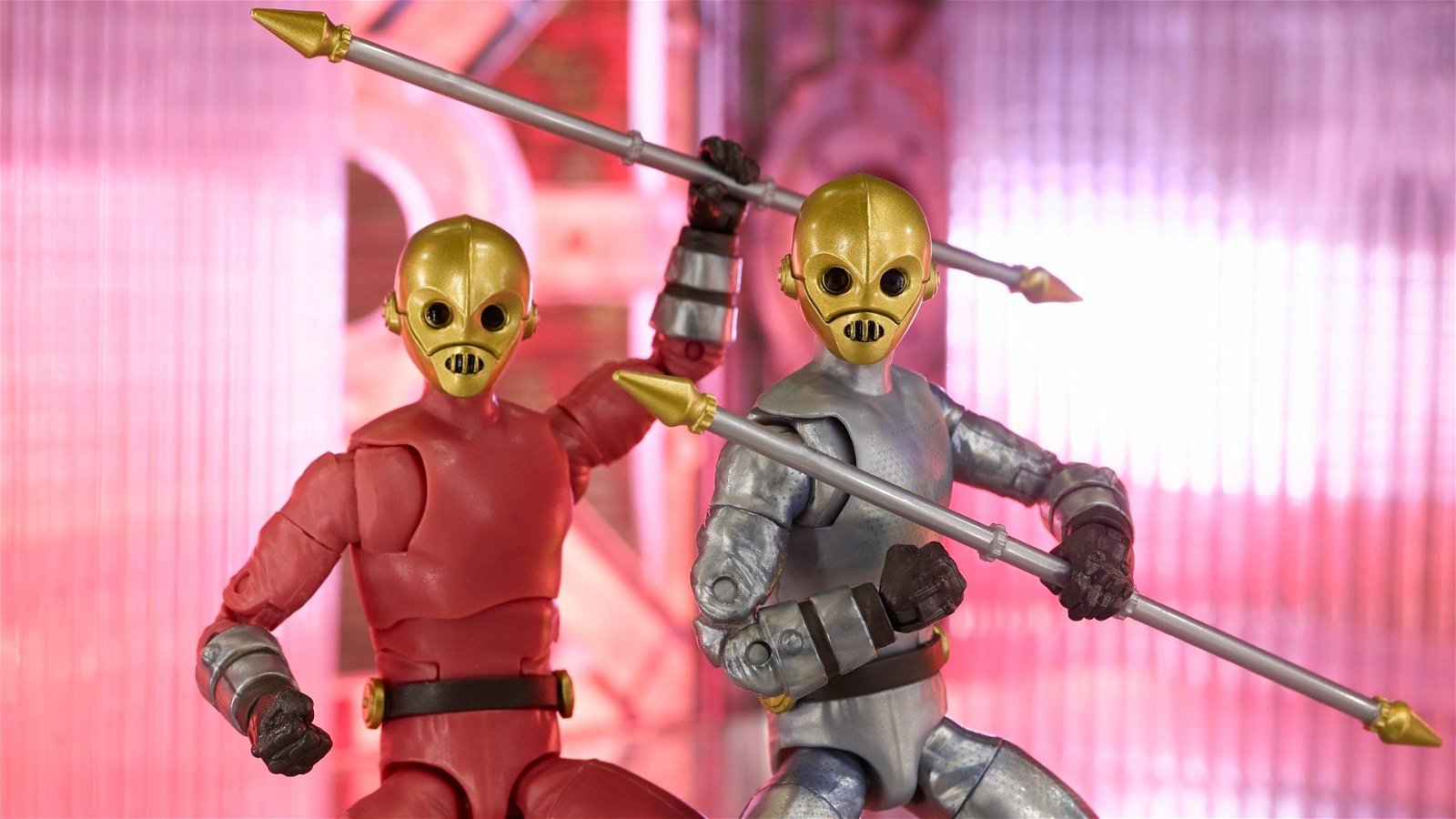 Zeo Cogs were the grunt enemies that first appeared in Power Rangers Zeo, which premiered in April 1996. They serve The Machine Empire, a race of mechanical beings lead by The Royal House of Gadgetry. The two figures feature details inspired by the classic show and a range of different accessories. The pack costs $41.99 and is currently up for pre-order on Hasbro Pulse with an approximate ship date of November 1, 2021. Below you can see the full details from the official site.

The Power Rangers Lightning Collection has released a wide array of figures from across the franchise’s history, with everything from the original series’ Goldar to a cel-shaded Pink Ranger. Also at Power Morphicon, a preview was shared of the latest episode of Power Rangers: Dino Fury, the most recent version of the show currently airing. Here’s a rundown of Dino Fury, for anyone unfamiliar.

“When an army of powerful alien beings is unleashed on Earth threatening life as we know it, a brand new team of Power Rangers, fuelled by the prehistoric power of the dinosaurs, are recruited to deal with the threat!”