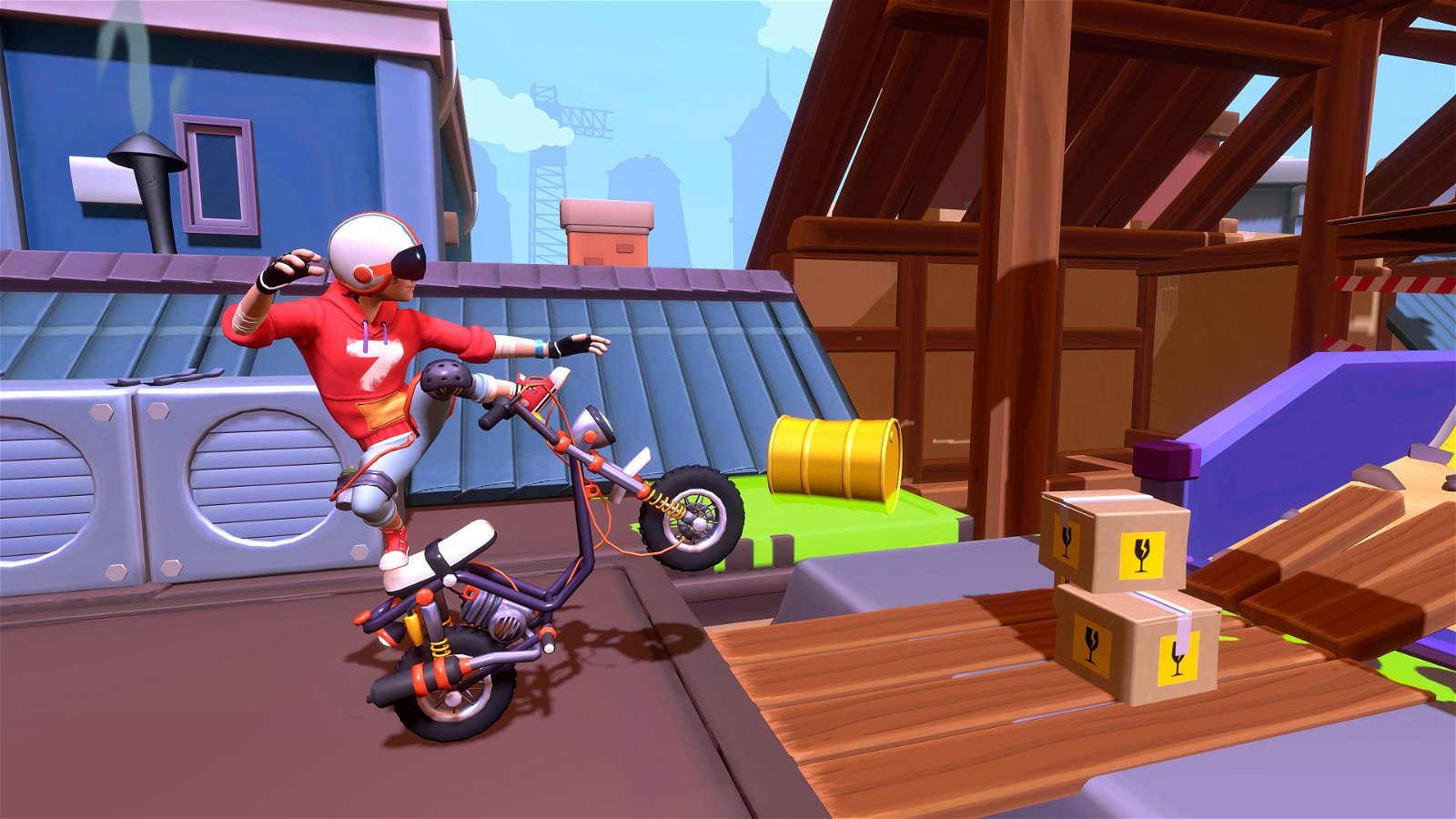 Urban Trial Tricky has been a Nintendo Switch exclusive since its release last August, though all of that will change next month when it launches on PC, PlayStation 4 and Xbox One with Urban Trial Tricky Deluxe Edition.

If you’ve ever played Trials Rising, Joe Danger or Tony Hawk Pro Skater, then you’ll be familiar with at least one or more of the main elements that make up Urban Trial Tricky. Take a bit of all those aforementioned games, and you have something that is both an incredibly fun and easy time, or a white-knuckled intense effort to achieve the highest scores ever to set foot on a leaderboard. Urban Trial Tricky combines the technical platforming precision of Trials with the fun, stylized animation reminiscent of Joe Danger, topped off with the crazy combo multiplying feats achieved in the likes of Tony Hawk games. It’s all together a compelling sandwich, and it’ll finally be making its way to platforms other than Switch.

Urban Trial Tricky Deluxe Edition will come to Steam, Xbox One and PlayStation 4 on July 22, 2021. The developer revealed the news with a brand new gameplay trailer, which you can watch for yourself here:

The Deluxe Edition will come with the two already released cosmetic packs currently available on Switch, so those eager to defy gravity in the name of sick tricks will be able to do it while looking their best. There has been no word as to whether or not a release is planned for the PlayStation 5 or Xbox Series X|S consoles, though since Urban Trial Tricky is only now coming out of Switch exclusivity it is possible that those ports could still be in the works. In any case, we’ll have to wait on more from Tate Multimedia.

Urban Trial Tricky was first announced in June of last year during a Guerilla Collective Showcase, and released two months later. While its easy to learn, simple to master design may be the key to the gameplay loop, similar to each of the aforementioned games it is heavily influenced by, what seems to set Urban Trial Tricky apart is the players ability to customize their character and create insane stunts through crazy experimentation.