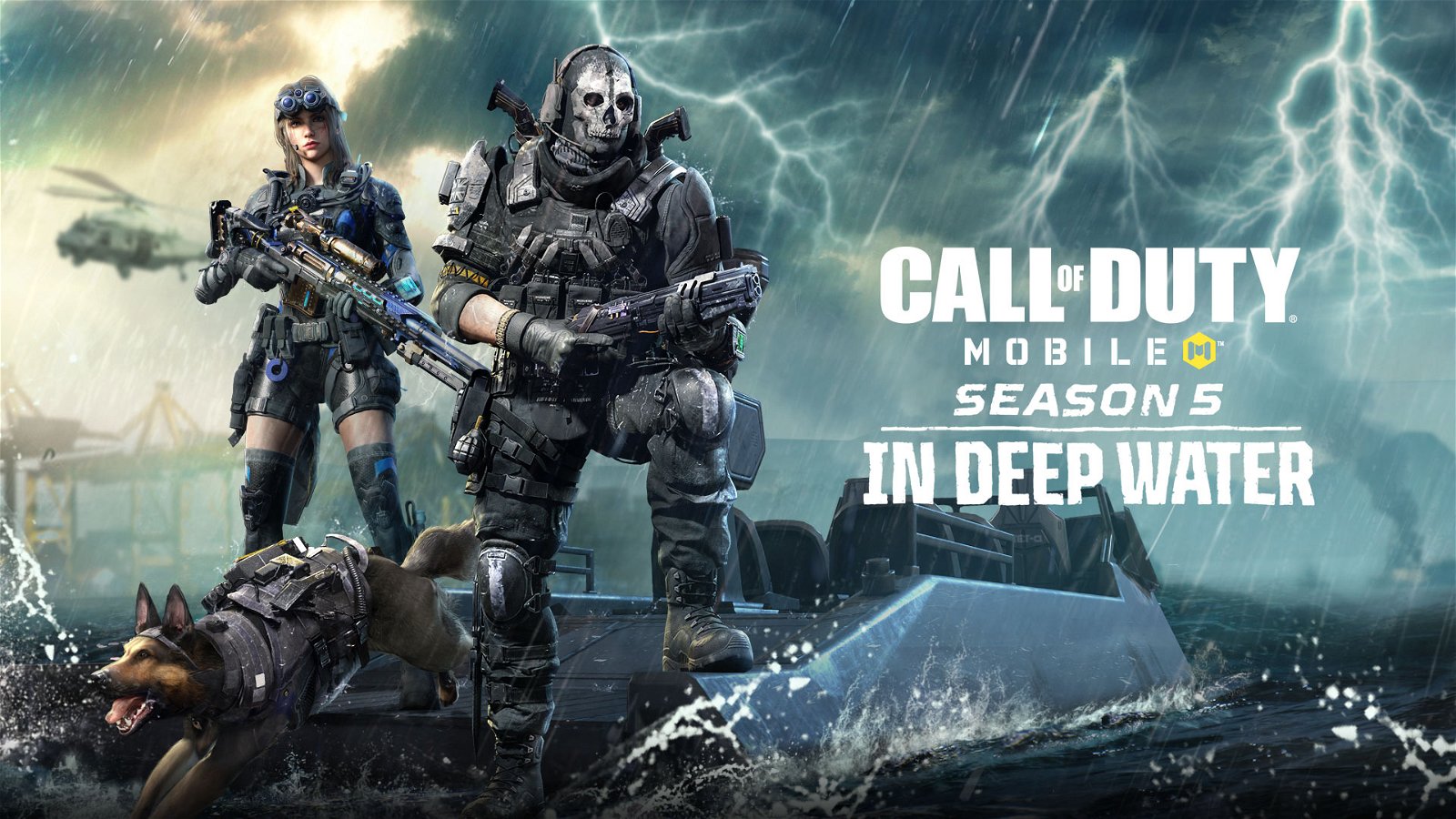 Call of Duty: Mobile Season 5 is bringing a lot of new content and changes for the new season.

Call of Duty: Mobile first launched in October 2019 and the mega-popular, free-to-play mobile shooter has been updated regularly in the time since, which has included several seasons and an abundance of content for fans of the game.

Season 5 is titled 'In Deep Water' and it includes a variety of characters and weapons in both the premium Battle Pass and the free tiers. Among the epic characters included are Rorke and Merrick, both from Call of Duty: Ghosts, which was released on all platforms in 2013.

Three new multiplayer maps are being added with the new season update, including Suldal Harbor, Docks, and Aniyah Incursion. Suldal Harbor will be supported in 5v5 and 10v10 play where players can battle it out in a medium-sized map filled with cover and opportunities for close-quarter combat. Docks will be available in Gunfight, which should work nicely since the map is small and built around vertical movement. Aniyah Incursion is a destroyed palace that features interior and exterior areas. It's supported in 10v10, Attack of the Undead, and in the new Ground Mission mode.

Two new modes have been confirmed as well. The previously mentioned Ground Mission combines capture points with 10v10 multiplayer and Cranked: Confirmed blends the combat boosts and tense timers from the Cranked mode with Kill Confirmed.

A host of new weapons are also coming with the update, including the CR-56 AMAX, which has been a popular choice among players in Call of Duty: Warzone, which is available on console and PC.

The action all starts June 28 at 8 PM ET / 5 PM PT, which is when players can dive into the new season and start working toward unlocking everything available within 'In Deep Water.'

File Under: Call of Duty, Free To Play, Mobile
More From CGMagazine