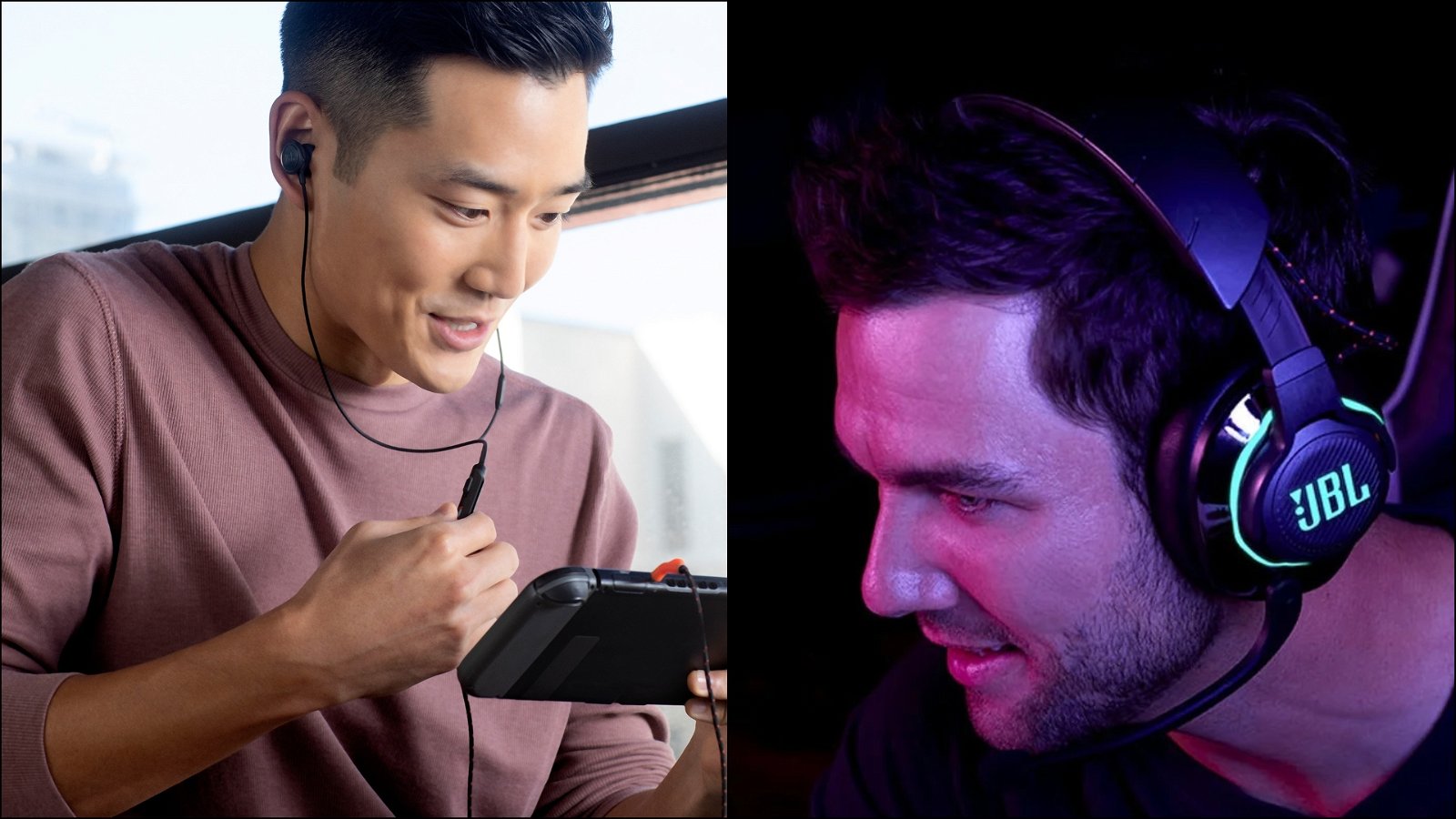 When I reviewed Playtronics’ RIG 500E headphones—back in the before times of five years ago—I recounted how, while playing Metroid Prime; I realized the importance of a pair of quality headphones. Since then, I have come to better understand just how important sound design is, not only in gaming, but most visual media. There are so many small things that can make the difference between a game that sounds good, and one that truly immerses you in its world.

Having a pair of headphones that can really pick out those little sounds can be a literal game changer; and while the RIG 500E, Razer’s ManO’War, even my Galaxy Buds have served me well in the past, none of them come close to both the JBL Quantum 800, or even the Quantum 50.

The good folks at JBL were kind enough to ask me what my gaming platforms were, so they sent me the Quantum 800—which are better tailored to high fidelity sound experiences like what you can get from the PlayStation 4, while the Quantum 50 is a bit better suited to more simple experiences like that of the Nintendo Switch. So I began by testing the Quantum 800—starting by pairing it to my Samsung Tizen 4K Smart TV, and I was immediately impressed by them.

“The JBL Quantum 800 manages to remain comfortable even during longer gameplay sessions.”

I had become accustomed to a bit of sound lag with Bluetooth pairing on my older headphones, but, thanks to the Quantum 800’s 2.4G wireless pairing, there was virtually no lag between devices, and while a millisecond of lag might not seem like a big deal, the difference is distinctly noticeable when it’s not there. However, if you find yourself without a smart TV, the Quantum 800 does come equipped with a 3.5mm audio cable, and a USB wireless dongle.

Similar to most headphones of this calibre, the Quantum 800 has a sleek design, albeit a bit bulkier than I had become used to. Nevertheless, the JBL Quantum 800 manages to remain comfortable even during longer gameplay sessions. The 50mm ear cups are padded with memory foam, as is the frame itself; and weighing in at just under a pound, even for a more rugged headset, you’ll barely notice it’s there.

What’s more—the Quantum 800 is designed with an outer ring RGB light, and an inner JBL logo light with a variety of customization options through the JBL Quantum ENGINE app, so users can customize their headsets to fit their personalities, or lend them some flair during live streams.

The Quantum 800 offers an incredible sound experience. With a 20Hz – 20kHz (active and passive) frequency response, I could hear almost every detail in any game I tested them with—even some I never noticed were there. Swinging through New York City in Spider-Man: Miles Morales, the clarity of the wind blowing by as you swing, the varied sounds of the city below, all backed by the swell of the orchestral score felt bigger and more immersive than ever.

“I loaded up Monster Hunter Rise, and was blown away by the depth of sound I had been missing.”

When I tested them with the Nintendo Switch—both through Bluetooth on the TV, and the 3.5mm audio jack in handheld—I loaded up Monster Hunter Rise, and was blown away by the depth of sound I had been missing. The beat of the drum in the Gatherer’s Hall, the atmospheric ambience of each area, the cries of monsters I had never noticed in the distance; all presented with crystal clarity.

The Quantum 800’s microphone boasts a frequency response of 100 Hz – 10 kHz, with a sensitivity of -40 dBV @1 kHz / Pa. While I didn’t get a chance to utilize it with any games—rare is the occasion when I boot up anything multiplayer these days—I did test the audio through Adobe Audition and it does offer a pretty clear capture for an omnidirectional headset mic—my only other mic reference being my Blue Yeti.

In terms of battery life, the Quantum 800 can last up to 14 hours with the RGB lighting turned off, and while I didn’t specifically clock it while playing with the lights turned on, I can safely say I got a lot of use out of them before charging was needed. While the Quantum 800 doesn’t specifically indicate battery life—unless you’re connected to the QuantumENGINE app—a small music tone will play when the battery drops to around 10 percent, which can be a little jarring, but still better than nothing.

The Quantum 50 is also an excellent pair of earbuds, which I tested with the Nintendo Switch while in handheld, as well as some light musical listening on my laptop while working. I’ve never been big on earbuds—often finding they irritate my ears after prolonged use. However, the JBL Quantum 50 were quite comfortable, coming packaged with three different sized silicone ear tips.

Typically, with wired earbuds, you expect lower sound quality for the lower cost; but I was seriously impressed with the Quantum 50—offering a dynamic frequency response of 20Hz – 20kHz, which captured all the dynamic sounds of The Legend of Zelda: Breath of the Wild, and they were definitely worthy of listening to Gorillaz’ “The Lost Chord” while working on some articles—capturing the intricate synth sounds, the deep bass, electronic percussion, and the beautiful vocals of Leee John.

Getting back to the aforementioned JBL Quantum ENGINE—the desktop app goes a long way to enhance your listening experience, allowing you to customize your audio settings to best suit your gaming needs. Players can activate 7.1 audio while on desktop, or utilize the JBL QuantumSURROUND, which fine-tunes the surround sound to pinpoint precision. While playing Warhammer: End Times – Vermintide, I was floored by how precise it was. I could hear the direction of every oncoming Skaven as if I was right there, it was nuts.

However, this precision comes at a bit of a cost. While testing it, I did notice a slight drop in quality. I’ve read some articles that say both the Quantum 800’s DTS and QuantumSURROUND alter the audio profiles—saying with the QuantumSURROUND there’s “increased emphasis in the treble range, and notably less emphasis in the bass and mid ranges.” I’m not an audio expert, all I can say is things sounded a bit staticky, or tinny.

If I have any other complaints about the Quantum 800, it’s that they don’t offer a lot of compaction given their bulkier size. While the size and design itself doesn’t bother me—as stated above, they’re quite comfy—I had just really hoped that they would be foldable for easy travel or storage. As they are, they do take up quite a bit of space either on your desk, or in a drawer—which is really more of a personal nitpick, but something prospective buyers might want to be aware of. Also, the headphones produce a bit of a ringing feedback when the RGB lights are turned on, which isn’t particularly noticeable when drowned out by other sounds, but during some quieter game moments, it can be a bit distracting.

At roughly a $300 price tag, the Quantum 800 is definitely an investment, but one I can confidently say will be worth it. These headphones offer an unparalleled quality of sound that is sure to enhance any gamer’s experience. However, if the Quantum 800  is a bit out of your range, the Quantum 50 is an equally excellent pair of headphones that won’t break the bank at roughly $40. Whichever you choose, you can’t go wrong.