Get an Early Opportunity at Meloetta, and more. 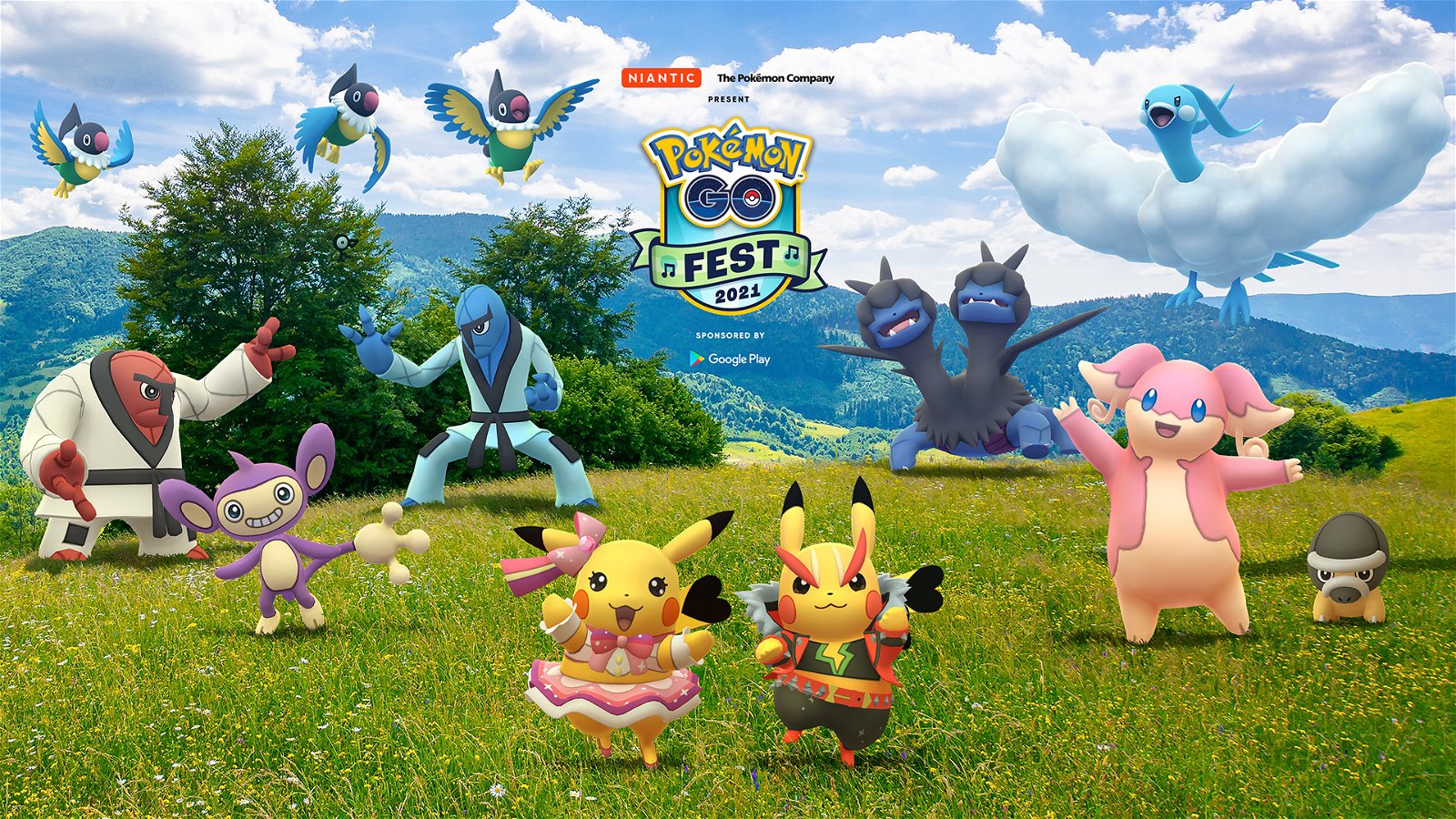 This weekend Pokémon GO Fest returns with another global event packed full of prizes and opportunities to fill the rarest holes in your Pokédex—here’s what Niantic has planned.

It’s hard to fathom that it’s already been five years since Niantic allowed us to catch Charizards and Pikachus in our homes and local parks, demonstrating the true potential of augmented reality for the first time. Pokémon Go Fest 2021 is upon us, and like last year, it’s a two-day event with both free and ticketed features available to all trainers worldwide. This iteration is themed like a music festival, and will revolve around Pokémon involved with sound, like the legendary Meloetta, which makes its debut here.

Tickets are currently available, if you haven’t already purchased yours, for $4.99 USD/$6.99 CAD—down dramatically from the astronomical $21 CAD price last year, which Niantic calls a “fifth anniversary discount.” Let’s take a look at what your paid admission gets you.

Pokémon GO Fest 2021’s first day is themed “Catch,” and will feature four habitat themes that will rotate hourly, changing the varieties of critters encountered in the wild:

In addition to these environment themes, Pokémon related to music will appear—including Chimecho, Kricketot, Audino, and a costumed variant of Pikachu. For the first time, shiny versions of Whismur, Chimecho, Audino, and Tympole will be available. Raids will include Hitmontop, Cranidos, and Deino, as well as costumed variants of Galarian Ponyta and Galarian Zigzagoon. And don’t forget to grab your free Pokémon GO Fest 2021 T-shirt avatar item, or order a physical version for yourself.

What do you get for seven loonies? During festival hours on Pokémon Go Fest day one, you’ll be able to help Professor Willow and the team leaders stage a concert by completing exclusive Special Research. Choose between either the Rock Star or Pop Star costumes for Pikachu to determine which music you’ll hear in-game—new tracks produced by series composer Junichi Masuda for the occasion. You can also round out your band with either Galarian Ponyta or Galarian Zigzagoon, and Gardevoir or Flygon.

Completing the Special Research will bestow a wealth of rewards, including an early-access encounter with Meloetta, another shirt avatar item featuring Meloetta, and an avatar pose based on your choice of Pikachu, plus an additional surprise if you take a snapshot after completing the research—either Rock Star or Pop Star Pikachu, depending on your previous choice.

Like last year, ticket holders can complete a collaborative challenge each hour to earn a bonus for the remainder of the hour. There are also Collection Challenges based on each of the habitat hours, where you’ll need to grab these Pokémon:

These will be attracted by Incense, which is lucky, because the chances of encountering a Shiny will be higher during event hours on Saturday. Shiny versions of Unown F, Throh, and Sawk will debut this weekend.

Day two of Pokémon Go Fest focuses on raiding. Every legendary (non-Mythic) Pokemon currently available in the game will appear in five-star raids during event hours, and again, they are grouped in rotating theme hours:

If you have a ticket, you’ll earn an addition 10, 000 XP for winning each Raid Battle, and get access to more Raid Passes. Earn up to 10 (in-person) Raid Passes by spinning Gym photo discs, complete Timed Research to earn up to 8 Remote Raid Passes, and grab a bundle of 3 Remote Raid Passes from the store during event hours. Considering what it costs to buy these normally, the event ticket essentially pays for itself—just be mindful that you can only hold 3 Remote passes at a time!

The bonuses will keep coming after Pokémon Go Fest 2021 with Ultra Unlocks. If ticket holders complete enough of the global challenges, up to three additional weeks of themed events will be unlocked for all players.

From Friday evening until Sunday night, every Trainer will be allowed to make as many as six Special Trades each day, instead of the usual one per day. Other music-themed avatar items will be available in the shop.

Trainers can also access a three-month free trial of YouTube Premium as part of the event, while Android users can redeem a special bundle of items on Day One, and receive 4× Google Play Points on all purchases made in the game.

Niantic has definitely pulled out all the stops for Pokémon Go Fest this year—the list of exclusive Pokémon to catch is simply staggering. But be sure to observe local regulations for social distancing and be mindful of others around you while chasing after those elusive critters.

Like many of the changes implemented during the pandemic, I’m personally hoping that Niantic will keep future summer festivals to this online format instead of the previous model, where only players in select cities like Chicago could reap the full benefits. But I guess I’d settle for just retaining the ability to spin Pokéstops and gyms from an increased distance.