My Journey Merging Parenting, Children and Gaming Together 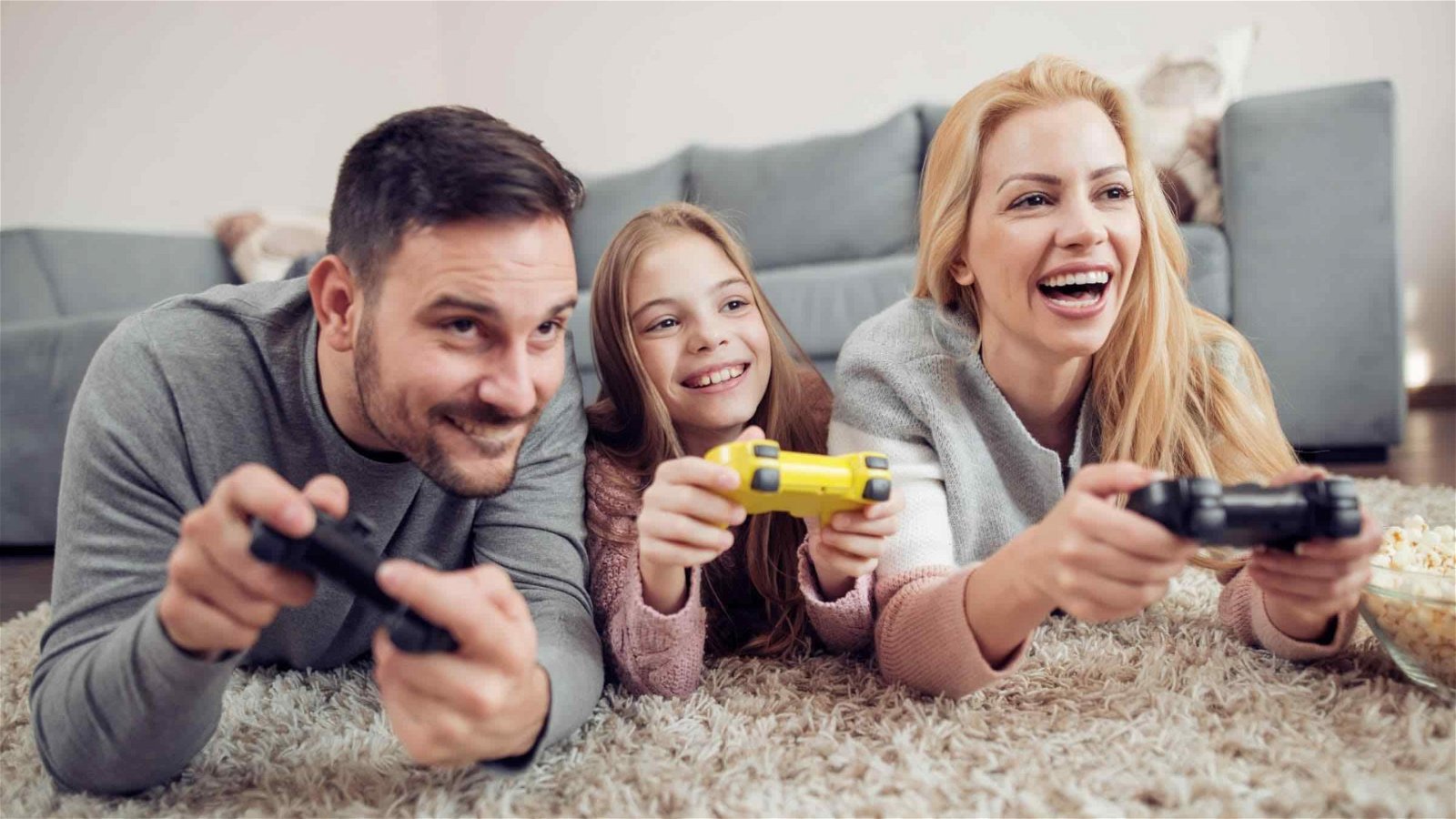 If you’re like me, you want to share your hobbies and interests with your children. Sometimes that’s exercise, sometimes it’s building something with your hands, but in my case, it’s gaming.

As far back as I can remember, video games have been an integral part of who I am. From playing Duck Hunt with my dad as a child, to my brother buying my first Xbox Crystal Console as a preteen, to sleepovers in high school with all of us curled up on the floor panicking as a machete came at us in Fatal Frame; Gaming has been with be through every coming-of-age moment in my life. Why would that change now that I have kids?

It wouldn’t—and it didn’t. Video games came with me when I moved out for college. They were there when I moved in with my first partner, and we merged our collections into one giant gaming haven. Now, with a partner and two small children, our collection has continued to grow, thus taking over the living room. Xbox One, Xbox Series X, PS3, PS4, PS5, Nintendo Switch, Nintendo Switch Lite—all with two TVs, so we don’t have to share—a gaming PC and a tablet for each child. I think it's safe to say we are set.

"But how do you get started with young children and gaming? It's not as easy as you think."

Some may say we are spoiled, but this is where we choose to invest our extra money. I stand by that choice every day, especially since my kids are now at an age where we can enjoy it together. But how do you get started with young children and gaming? It's not as easy as you think. I remember starting with Minecraft for my son, and he would constantly dig holes straight down and couldn’t manage moving his character and the camera at the same time. Every other minute he was asking me for help, I thought he was a lost cause.

Cut to three years later and the kid can whoop my butt in Fortnite and build masterpieces in Minecraft. We tried beginning the way we did as kids, Super Mario Bros! Since the Switch allows you to play old classics with Nintendo Switch Online, we thought this was the perfect opportunity! We were wrong—so, so wrong.

It wasn’t an easy road, I often thought he just wasn’t a gamer. Timing his jumps over Koopa Troopa’s, or over large gaps wasn’t an option. Life, after life, after life, he died.  He didn’t care much about the game, and I wasn’t going to force him. Tablets seemed to be the way to go, so we thought apps would be a better option.

"Not only were we trying to talk him into liking what we liked with gaming, but now with the subject matter as well."

They worked well, and he enjoyed games like Numberblocks, and it's educational, so I really couldn’t complain. After a while though, he started wanting to play the Switch more and more, but would get frustrated so quickly when it didn’t work out the way he wanted it to. So back to the tablet it was. But then we noticed something that really changed how we all looked at video games.

Super Mario Bros. didn’t have the same nostalgia attached to it that it did for us. Not only were we trying to talk him into liking what we liked with gaming, but now with the subject matter as well.  He didn’t care about Mario, graphics seemed outdated and 2D side-scrollers were a thing of the past. It wasn’t until he saw Marvel Spider-Man for the PlayStation 4 that he was really inspired to play.

If I’m honest, it was another beginner Minecraft situation all over again. Every three seconds he would need help. He didn’t know how to read at the time, so quests were a no-go and shooting webs did not come naturally to a non-super-child. But this time something different happened, as a family, we love Spider-man. So because we loved it, he loved it, and he kept trying.

"I didn’t love Pikmin, I loved him, and I wanted to love what he loved."

It has me thinking back to all the times I sat and watched my dad play NES Open Tournament Golf. Was that exciting? No. Did I enjoy the game? No. Did I even care about Mario? No. But my dad did, and I wanted to be like him. I went wrong by trying to teach my kids the games my dad loved. What I should have been doing was showing them what we loved.

I can remember being allowed to sit in my big brother's room to watch him play Pikmin on Nintendo GameCube (so long as I didn’t make a sound). I didn’t love Pikmin, I loved him, and I wanted to love what he loved. Turns out that most kids are the same. Our children just wanted to do what we do, not what we tell them to do. They want to play the games they see us playing, even better if they get to play it with us.

Video games and technology are really no different from any other part of parenting. We exercise, they exercise. We eat junk food, they eat junk food. We swear, they swear. But when we game, they watch, and that starts developing their interests early on. Just ask my two-year-old who still stops dead if she hears the Animal Crossing: New Horizons music.

Next time you’re playing something while the tiny ones are nearby, look around. See if they’re watching, maybe even ask them some questions. Chances are they’re dying to be involved in whatever you as a parent are doing, and it could be a great stepping stone to starting their video game journey.

↠ Introducing Your Children to Your Favourite Franchises

↠ Parenting Challenges Everything You Love, But it’s Worth It!

↠ How Fortnite Became an Educational Tool For My Children