From Halloween to Saw, When Will it Stop? 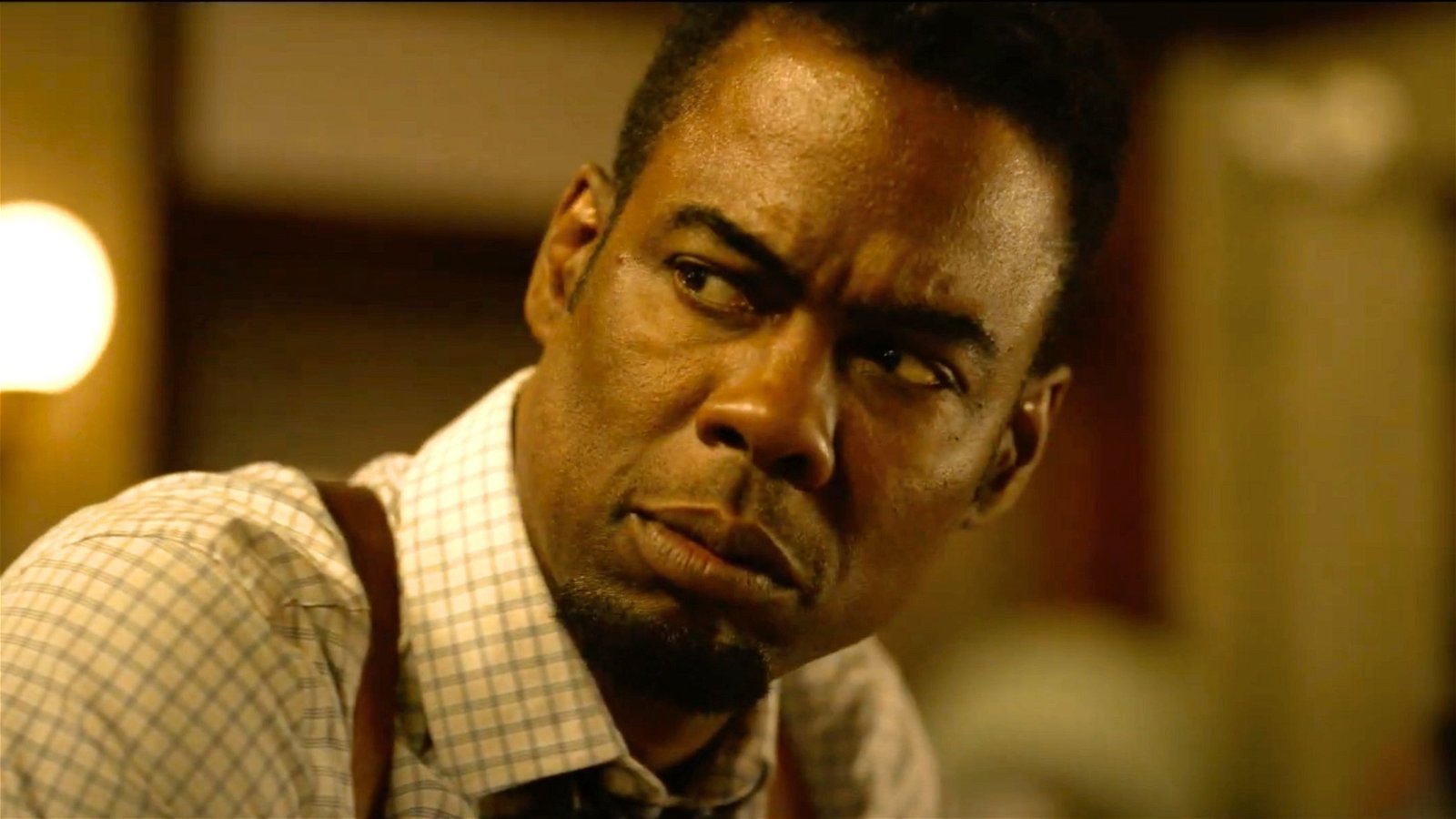 It used to be that when Halloween came around it meant it was time for more Horror Sequels.

Recently, we found another Saw film each year. What’s interesting is that these films seem to be soldiering on in spite of the fact that everybody died at the end of part III (AKA: countless movies ago). Of course, this wouldn’t be the first time that a once promising horror series carried on in spite of itself, but it is however the first time that filmmakers have gone to the trouble of dotting the I’s and crossing the T’s in order to make the reasons for the franchise’s continuation seem logical and reasonable.

One might think these developments are a recent trend in cinema that only emerged with the slasher pictures of the 80s, but not actually. Universal’s seminal 1931 production of Dracula, starring Bela Lugosi, spawned five spin-off films up to and including the crossover flick Abbott & Costello Meet Frankenstein. Granted, Lugosi only appeared in the first and last of these films, but they were all connected. Frankenstein too also got a lot of mileage, most famously in Bride of Frankenstein. The Wolf Man didn’t get a series, but he was quickly folded into the Universal Monster family; the second film featuring the character was Frankenstein Meets the Wolf Man.

Dracula seems to repeatedly be the victim of never-ending sequel mania. In 1958, Hammer Studios in England unleashed a new Dracula series starring Christopher Lee as the Count and Peter Cushing as his nemesis, Van Helsing. The series ran till 1974 and in total had eight sequels plus the original: The Brides of Dracula (1960), Dracula: Prince of Darkness (1966), Dracula Has Risen from the Grave (1968), Taste the Blood of Dracula (1970), Scars of Dracula (1970), Dracula A.D. 1972 (1972), The Satanic Rites of Dracula (1973), and The Legend of the 7 Golden Vampires (1974). Cushing sat out many of the middle movies but came back in the end; Lee meanwhile gave up after Satanic Rights.

“Now, John Carpenter’s Halloween was the little $300,000 budget movie that showed Hollywood how profitable films about teenagers running from knife wielding psychos can be.”

What’s indicative of this series is that it mirrored the future of a lot of famous horror movie franchises: a strong start with a compelling follow-up. But in the end Dracula was chasing go-go girls in hot pants in the modern day, while battling the descendant of Van Helsing, who looks suspiciously like the original Professor from the 19th century. By the time you got around to The 7 Golden Vampires, you’re greeted with Chinese vampires that team up with Dracula to fight Van Helsing with their sweet martial arts moves. It was an interesting choice, because we all known the question everybody wanted an answer to was whatever happened to Dracula’s bride: the Queen of the Zombies, after Satanic Rites?

The fate of Hammer’s Dracula series was oddly prophetic of what was to come with Halloween and its sequels. Now, John Carpenter’s Halloween was the little $300,000 budget movie that showed Hollywood how profitable films about teenagers running from knife wielding psychos can be. Carpenter’s original won praise and financial success. A sequel, also starring Jamie Lee Curtis, was a commercial success as well although not considered the classic its predecessor was. But overall, Halloween II was seen as a satisfying follow-up. The same couldn’t be said for what was to come in the succeeding chapters.

For one thing, the Halloween movies quickly became dependent on a level of sheer preposterousness, in order to survive. The end of Halloween II, presumed the fiery death of both serial stabber Michael Myers and his forlorn psychologist Dr. Loomis played by Donald Pleasance. But after the non-Myers-related Season of the Witch, we see in Halloween 4 that the result of that bloodbath ten years earlier was a coma for Michael and some burns and a limp for Loomis. Michael gets mobile pretty quick though when the opportunity to kill his little niece presents itself.

Parts 4 and 5 of Halloween dealt with little Jamie Lloyd played by Danielle Harris. Jamie was the daughter of original Halloween heroine Laurie Strode and niece of the series’ bad guy, and as you know, it ain’t easy being a close relative of Michael Myers. Halloween 4 ended with little Jamie near perfectly duplicating Michael’s original crime by attacking her foster mother. In Part 5 we see a rehabilitated Jamie as she, and Dr. Loomis, learn that a psychic connection exists between the moppet and her psycho uncle.

But psycho for its own sake is one thing, as we learn in Halloween: Curse of Michael Myers, there are other considerations. Let’s let Wikipedia explain: “Michael has been marked with a runic symbol called Thorn or Thurisaz, an ancient Druid curse that drives a young man to wipe out his entire family for the good of civilization.” Of course none of this really matters because the continuity of Halloweens 3-6 were wiped out with the production of Halloween H2O, which presumed that all Michael Myers-related happenings after Part II, never happened, although a series published by Chaos Comics in 2001 tried to combine the two narratives.

But playing fast and loose with continuity was old hat long before the 1998 release of the seventh Halloween. The Friday the 13th series tested patience long before that when, in 1984, producers delivered what was promised to be The Final Chapter of the franchise; the forth film in five years of the slasher series designed to coast on the success of Halloween. Part 4 concludes with Tommy Jarvis (played by Corey Feldman, at the height of his career between Goonies and Lost Boys) making fish food out Jason Voorhees with his own machete. But such a thing could not stand, so the next year gave us A New Beginning for the series.

“The Friday the 13th series proves that the end means never having to say goodbye.”

Now, A New Beginning was not ruefully named. The story finds Tommy, now 15 (and played by John Shepherd) the proud resident of a halfway house having spent years bouncing from one mental institution to another. When Jason returns, it turns out to be not really Jason at all, but someone using the persona in a revenge killing. In the end, it appears that Tommy was now going to take up the mantle, or make that hockey mask. But no self-respecting fan wanted Jason Junior. So in the beginning of Part 6, called appropriately enough Jason Lives, a non-turned killer Tommy tries to, oh how do I put this…kill the already dead and buried Jason again for safe-keeping. Of course Tommy only ends up reviving Jason and this whole saga continues for another four films.

But implausibility aside, the Friday the 13th series proves that the end means never having to say goodbye. In fact, the producers loved endings so much, they did it twice: in Part IV: The Final Chapter and with Jason Goes to Hell: The Final Friday. As for the series themselves, death at the box office is never a sure thing in defeating a villain either. Look at the Hellraiser franchise. Pinhead’s been the star of more direct-to-video movies than theatrical releases; the last five Hellraiser films have all been straight to DVD releases.

But leaps in logic and continuity fallacies are one thing, it’s other when a movie series marches on and betrays the vision it started out with. Jason went from being a country bumpkin with a big knife to a big, unkillable juggernaut of a murder machine. Freddy Kruger went from a shadowy bogey man to a nattering Jack-in-the-Box in the Nightmare on Elm Street series. By the time Halloween: Resurrection rolled around, filmmakers had to concede that Michael Myers might have finally run out of family members to kill. The Cenobites were barely in the original Hellraiser, more of a plot device than anything, but as the movies continued even Pinhead had a banal origin story.

“Jigsaw now looks down the barrel of increasing irrelevance.”

Like these once vaunted horror icons, Jigsaw now looks down the barrel of increasing irrelevance. Spiral: From the Book of Saw and Jigsaw did no favours to the character, once presented as a scales-balanced, almost vigilante-like figure that always gave you a way out if you were willing to accept the terms. But no, he was inspired by his own revenge, slaughtering a junkie that caused his beloved wife to miscarry their child, while in the commission of a drug-money raising theft. It’s a little hard to accept the cold logic of Jigsaw when you realize that the feeling that drove him to death traps was the red-hot, hatred-driven revenge.

And like the franchises of the past, the makers behind Saw also seem to not know when to quit. If you walked out of Spiral: From the Book of Saw saying, “I hope there’s going to be a Saw IX,” then don’t worry, it’s reportedly already in the works as I learned to my dismay. At least the Halloween movies found a way to reboot things in a way that works and is true to the fans and franchise, maybe Saw will manage this same impossible feat, we can just wait and see.