Get em' while you can 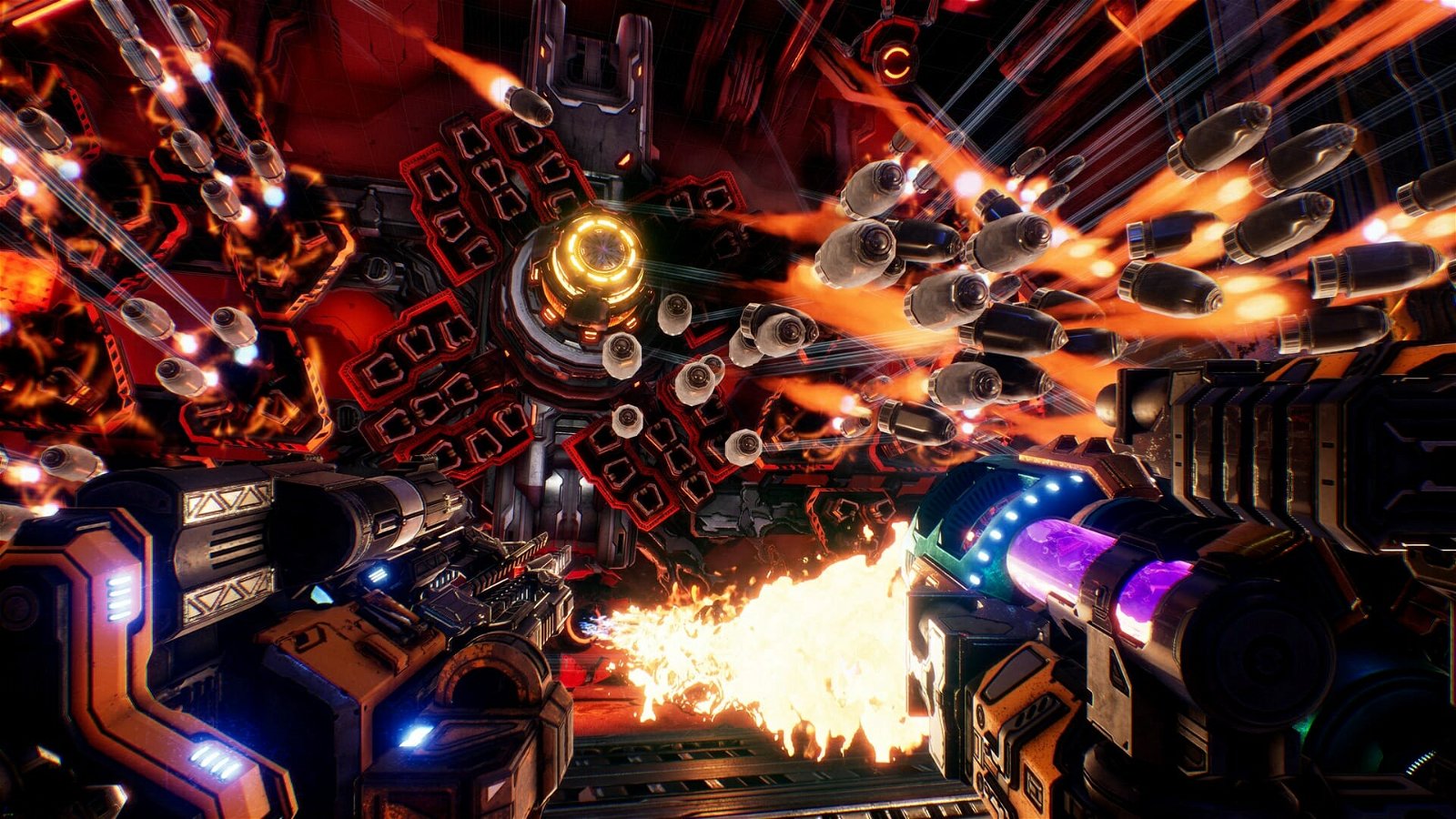 Each week sees a new selection of free games on the Epic Games Store, and the two new ones replace Verdun and Defense Grid: The Awakening. The two new games will be available from now until August 5, at which point they’ll be replaced with A Plague Tale: Innocence and Speed Brawl. The only requirement to get the games is to have an Epic Games Store account; after that just head to the free games page and select which one you want, then it’s yours to keep.

Mothergunship is described as a “bullet hell” FPS that lets you team up with friends to take on waves of relentless enemies. Here’s the game’s description from the Epic Games store

“MOTHERGUNSHIP mixes bullet-hell intensity with the FPS genre, and brings one of the largest gun customization options seen in video games. It’s up to you to equip your over-the-top arsenal and defeat a robotic alien armada that has conquered Earth.

Craft gun monstrosities that no reasonable person could ever lift, fight gigantic bosses, and experience randomized mayhem as you battle your way to the heart of the fleet to destroy the MOTHERGUNSHIP!”

Train Sim World 2, on the other hand, is pretty much just how it sounds. The sim game has a heavy focus on realism with different physics simulations, HUD options, and more. Here’s the official description,

“The evolution of train simulation! Master iconic locomotives on high-speed services, long freight hauls or precise commuter traffic, and get creative with customisation tools in this advanced sequel. Climb into the cab in Train Sim World 2.

Drive high-speed inter-city German rail for the first time as you push the throttle and climb speeds in the famous DB ICE 3M out of Köln. Take on the challenge of hauling long freight across Sand Patch Grade including the Cumberland Terminal using the raw power of the CSX AC4400CW. Master the patterns and stations of the world-famous London Underground on the Bakerloo Line.

All official licences, all authentically recreated – you’re in the cab and in control.”