Skatebird, Psychonauts 2, and More Coming to Xbox Game Pass and Games with Gold in August 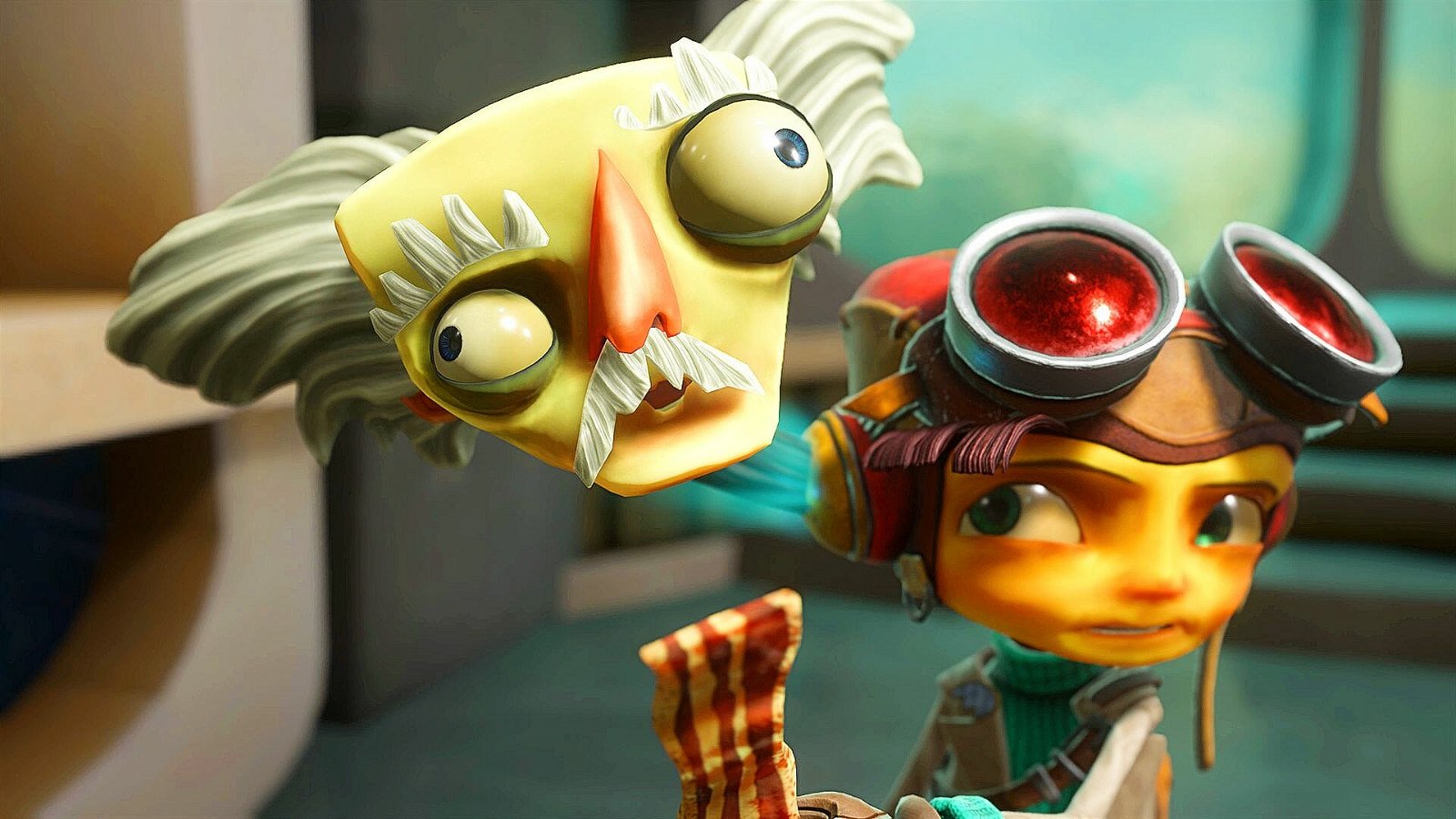 Xbox Games with Gold and Xbox Game Pass bring members of the two services new games each and every month.

Anyone interested in Xbox Games with Gold and Xbox Game Pass can sign up for Xbox Game Pass Ultimate, which includes the benefits of both services and some extras at a lower price.

Games with Gold has some variety across its four titles. There are a few different genres and styles so there should be at least one thing for everyone.

Darksiders III will be available from August 1st to August 31st. It’s playable on Xbox One and Xbox Series X|S. It’s an action role-playing title that was released on PC, Xbox One, and PlayStation 4 in late 2018. Its standard digital price is still $59.99 so this is a pretty good deal. Preston said the game is “never quite sure what it wants to be, and suffers for it.” in our Darksiders III review. Fans of the series that haven’t tried it yet will want to make sure to add it to their libraries so they can play it at no additional cost. It’s easier enjoying a free game, or is that just me?

First up on the Xbox 360 side is Lost Planet 3, which will be available from August 1st to August 15th. It’s playable on Xbox 360, Xbox One, and Xbox Series X|S. It was first released in 2013 on PC, Xbox 360, and PlayStation 3. I didn’t play it at the time and have personally only played the first Lost Planet, and I think I made the right call. There are some rough reviews but I’ll check it out again for free. I like playing older games, especially if I didn’t play them when they were new. It’s always interesting seeing what decisions were and how they aged.

Next up for the Xbox One is Yooka-Laylee, which can be added to your Gold library from August 16th to September 15th. It’s playable on Xbox One and Xbox Series X|S. It was originally released in 2017 for PC, Xbox One, and PlayStation 4. It’s still $39.99 regularly so don’t forget to grab it when it’s available. I haven’t played Yooka-Laylee yet but I did enjoy its sequel. I’m going to play Yooka-Laylee though. Bella reviewed it for CGM and she called Yooka-Laylee a “joyful ode to Rare’s heyday and a polished platformer.”

And finally, the last 360 title is Garou: Mark of the Wolves, which can be claimed from August 16th to August 31st. It’s playable on Xbox 360, Xbox One, and Xbox Series X|S. It’s the last entry in the Fatal Fury series. This is another game I haven’t played but I won’t miss out on. It’s always exciting discovering something new, especially when it’s free.

As a reminder too, Xbox 360 games are “purchased” for free so you own them forever. Xbox One games are tied to your connect forever after claiming them but they can only be played with an active Xbox Live Gold or Xbox Game Pass Ultimate subscription.

Xbox Game Pass has announced four games so far for the month of August but more will likely be revealed later. Xbox just can’t seem to stop adding tasty treats to its curated game subscription service. Skatebird is coming August 12th and I won’t trust you if you skip it. It’s a skateboarding game with cute lil birds. There’s no reason to skip this if you have Xbox Game Pass.

Hades is coming to Xbox and PlayStation consoles finally on August 13th. It’ll be available to purchase on both systems and in Xbox Game Pass. If you haven’t played it yet then now is your chance, especially if you don’t have a Nintendo Switch or PC.

12 Minutes stars Daisy Ridley, James McAvoy, and Willem Dafoe. I’ve thought about it non-stop since it was first announced. This is something everyone should pay attention to, even if it doesn’t end up being a new favorite. It’s simply too unique and groundbreaking to ignore. Players are trapped in a time loop with a couple and a police officer. Time resets as the wife is killed while players search for a way to survive and make it through.

And finally, Psychonauts 2 is real. It’s happening. And it’s coming to Xbox Game Pass on August 25th. Now, Double Fine Productions is part of Xbox but the game was in development before Microsoft handed over the company checking account. This means everyone is getting the imagination and creativity of Double Fine Productions with no limitations or restrictions on the platform of your choice. That’s right! It’ll also be available for purchase on PC, PlayStation 4, Xbox One, and Xbox Series X|S. Wherever you choose to play Psychonauts 2, buckle up; Double Fine Productions made out of this world experiences when struggling financially. I can only imagine what they’ve made with no crunch and complete freedom.