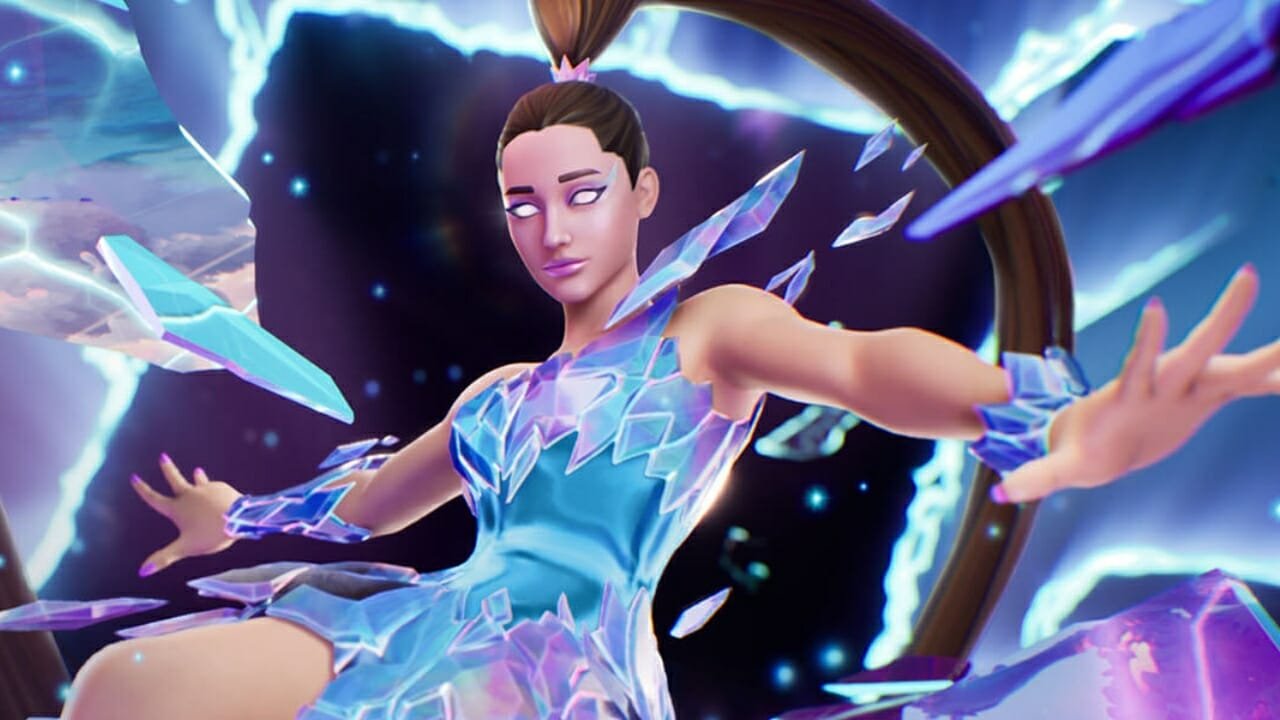 Ariana Grande, platinum-certified artist and pop sensation, is joining Fortnite as a playable character and more when the Rift Tour starts in a few days.

Rift Tour starts August 6th and will run through August 8th with five shows scheduled during the weekend event. There’s one show on Friday, August 6th and then two shows on both Saturday, August 7th, and Sunday, August 8th. The event will give fans a way to experience the music of Ariana Grande in “Fortnite-themed experiences.” Epic Games says the event will feature popular tracks with moments based on elements from the game.”

Epic recommends arriving an hour before showtime, so participants can prepare. The Rift Tour Playlist will be available 30 minutes before each show too, so you should be okay if you’re always running late like me.

Showtimes are as follows:

If you’re reading this and already play games then I’d like to encourage you to use this to introduce people to video games. Video games are super cool and Fortnite is a good way to pull new people into the hobby. My partner plays games all the time, and it all started with Pokémon Yellow Version and Fable II. This could be someone’s big moment with games. Epic Games makes it easy too; they have instructions at the bottom of the event’s page, so you can just refer friends and family to that section.

Even if you don’t like Ariana Grande, she has a lot of fans. She’s the first artist since The Beatles to hold the top three slots of the Billboard Hot 100 and has broken dozens of records while earning scores of awards. Video games are better when more of us are playing so seek out the Ariana fans in your circles that haven’t given games a serious shot. Epic’s first Rift Tour concert was last year, and I’m sorry if you missed it. It was an experience wrapped around a Travis Scott concert. Don’t let anyone miss this because a YouTube video later just isn’t the same.

In addition to Ariana Grande being available as a Fortnite Icon in the Item Shop (with Piggy Smallz Backbling!), Epic Games says there will also be in-game quests until August 8th that gives players the chance to unlock other rewards. The rewards include items such as the Cloudy Kitty Emoticon and Cosmic Cuddles Loading Screen.

And of course, the main event and game itself are free. Anyone who attends the Rift Tour will be rewarded with a Cuddly Cloudcruiser commemorative umbrella. It looks so soft and I wish it was real.

And for the mega fans that subscribe to Fortnite Crew (hey, two subs at my house), there’s some extra cool stuff for crew members that log in between August 5th at 10 AM ET and August at 10 AM ET. These items include the Rainbow Cloudcruiser Umbrella, the Skye up High Loading Screen, and a Rift Tour-themed Banner.

Also, it’s never too late to come to the realization that Ariana Grande makes essential music that you should be listening to. You’re always welcome to join the rest of us. It’s pretty chill over here.

File Under: Fortnite
More From CGMagazine