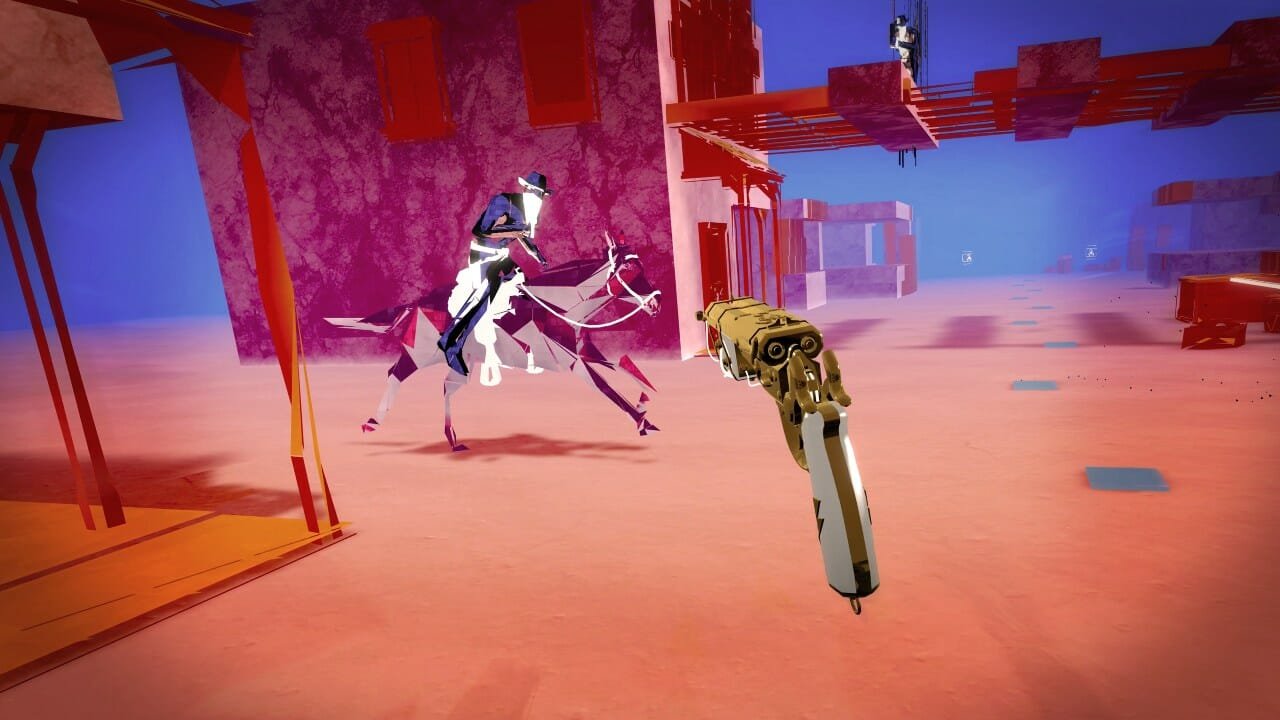 The critically acclaimed VR rhythm shooter, Pistol Whip is getting a new update on August 12th which adds the game’s second cinematic campaign.

Pistol Whip‘s first campaign, 2089 fast forward players into the future, well this upcoming campaign goes in the opposite direction. Pistol Whip‘s second campaign is called ‘Smoke and Thunder’ will be set in the west.

The fully voiced campaign will offers players new weapons, mechanics, horses, an outlaw threat, and a new boss to fight. The ‘Smoke and Thunder’ campaign’s story features two sisters battling out which features a train you can totally fight enemies on.

The new update – which was previously talked about during the Upload VR Showcase – has much more to offer including a star-studded soundtrack. The tracks players will hear in the update include The Heavy, Black Pistol Fire, Bones UK, Devora, and an original never-before-heard track from Magic Sword.

It doesn’t stop their as the update adds a new ‘Styles’ system which is set to transform the Pistol Whip experience. This allows players to combine five modifiers to their weapon of choice. Modifers include big heads for easy headshots or even bullet mayhem. After players find their preferred ‘Style’ they can challenge friends or compete solo and dominate the leaderboard.

There is a lot of possibilities of modifer combination, we’re talking millions here. If a player discovers a modifer combination that hasn’t been tried before, a new leaderboard is created for other players to try and beat your best score.

With so much content being added to the 2019 game, Pistol Whip is getting a $5 price increase to reflect the amount of content the developer is offering to players. If new players want to buy the game before the price increase, you have until August 15th before the new $29.99 USD price tag goes live.

The upcoming Pistol Whip update will launch on August 12th for all major VR platforms including Oculus Quest, PCVR, and PlayStation VR.