Bigger file Sizes are a Looming Threat for Next-Gen Gaming 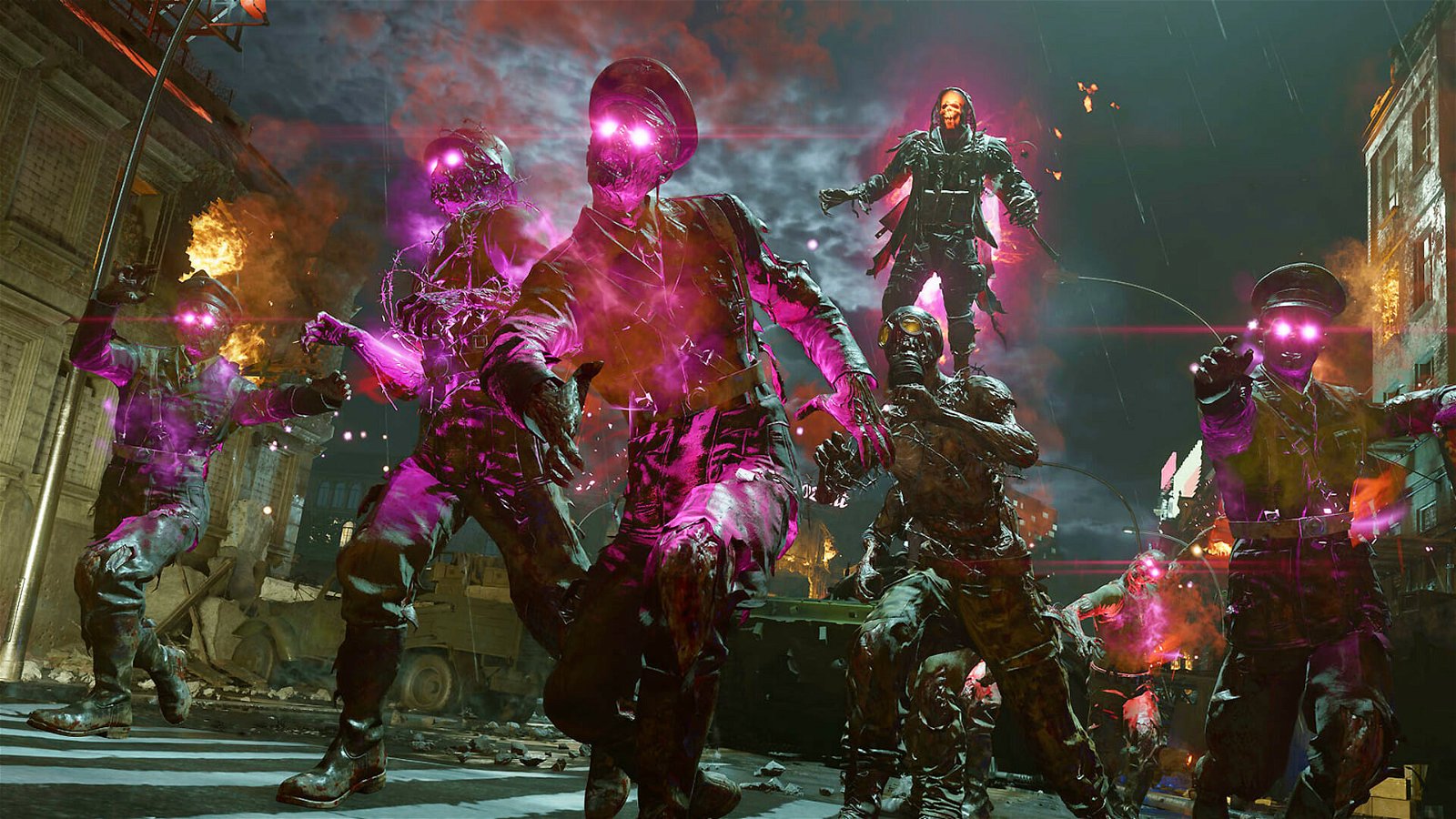 Getting a brand-new game shouldn’t feel like a punishment for digital collectors.

But it’s a looming issue that forces next gen gamers to play Tetris with their SSDs and storage space. Of course, it’s not fair to say games shouldn’t grow with complexity, motion captured production value and expansive realms. It is fair to hold developers accountable for creating a barrier in size – forcing players to make sacrifices without an end.

Expensive solutions are a problem in itself

I’ll give the industry credit for tackling file sizes sooner than later in gaming’s new generation. PS5 and Xbox Series consoles rolled out with solutions in mind. But it’s not a problem that can be deleted with “one more purchase.” Worse yet, players are always a few patches away from seeing red – I don’t just mean the storage.

I appreciate Sony’s backwards compatibility features. Players have freedom for finding an affordable hard drive to play PS4 games with. The same can’t be said for expanding the PS5, which basically needs a matching future-proof SSD.

The biggest update for PlayStation 5 owners rolled out ahead of August, finally putting that empty storage slot to use. Packing Sony’s console with an expensive, cutting-edge M.2 SSD means players have to get with the program (and get it for their programs). The beta update lets PS5 owners add NVME sticks with 5500MB/s or faster speeds. A simple requirement, until players are spending at least $250 (CAD) for an extra terabyte. Xbox has long since rolled out their Series X solution with a $300 terabyte Seagate expansion. It’s one expensive band-aid for file sizes.

This cost only takes away from the prospect for next generation gamers. There’s a decade of AAA game collecting to do. But always a favourite game to delete and reinstall. As long as game file sizes are out of control, players are held back.

I’m no stranger to large file sizes as much as the next gamer. These words come with plenty of last straws from my PS5. Clocking in at about 667.2GB, the PS5’s impressive SSD is a double edged sword. It’s razer fast. The SSD literally opens new universes in games like Rift Apart. But it’s painfully hungry for space. A buzzkill comes in digitally making ends meet with the next Black Ops Cold War and Warzone patches. Then having room for six PS5 games if I give them up.

The Elephant in the SSD

But let’s talk about the next gen elephant chilling in SSDs worldwide. Call of Duty Black Ops Cold War doesn’t need to be one of the largest games ever made. Since the Season Four update, Cold War has broken the 200GB barrier for many. The next batch of free content won’t help players with extra padding for other games. I don’t need to corroborate an issue of future content which would bring the size to new heights. Ahead of the next annual Call of Duty, players are bound to invest in the game, an expensive SSD or deleting games.

Cold War’s campaign is easily the most overlooked section in Treyarch’s offering. But ironically, the roughly four-hour experience respectively outweighs Multiplayer and Zombies as of August 2021 (on PS5). I docked points for campaign length in my review of Cold War when it launched with consoles. It’s still an enjoyable action movie I could play. But did the series’ smallest campaign need to weigh 62.71GB alone?

Of course, Activision and Treyarch have addressed this concern. Horribly. There’s an immediate solution to deleting chunks of Cold War and Modern Warfare. Players are able to only download the portions they play most.

But it’s horrible in the sense of paying full price for Call of Duty, only to lose pieces of it from updates. Console owners are backed to the (claustrophobic) corner of their SSDs, with a $250+ expansion as a way out. This is the cost of playing Call of Duty games as they grow with complexity. Gamers deserve better on this front, which starts through developer consideration.

The Call of Duty debacle

Infinity Ward Production Director Paul Haile touched on the issue with USGamer following Modern Warfare’s release in 2019. The game was on the verge of breaking the 200GB for some, with Haile explaining “we are cognizant of the overall download size.”

“As a team we are committed to updating the game with new free content of course, but have also taken steps for overall footprint management, including a DLC pack management screen for console users. This allows players to pick and choose which DLC packs they want to keep, and remove the others to recover more space,” he added.

It’s a responsible way to answer players devoid of space. But the pack system would irresponsibly enable Activision and its trio of developers to not stop with large file sizes. This is a stark contrast with a few other studios like IO Interactive who managed to blissfully tackle the issue head-on.

The acclaimed Hitmantrilogy ended with its third game in 2020. It’s daunting for players to keep three expansive games together in a single PS5 SSD. Each game would also be soft-remastered, with enhanced graphics and quality of life changes over 21 levels. Reasonably, the separate games would weigh about 160GB total before patches and added Hitman 3 DLC.

IO managed to pack the entire World of Assassination to under 70 GB while cutting file sizes in half. Compared to Cold War’s four hour campaign (63GB), the entire Hitman trilogy is slightly heavier in size. Content wise? That’s 70 GB for almost 30 hours of content (and more with the addicting Sniper Assassin levels).

Respectively, Cold War’s world is impressively built in its own right. Treyarch deserves credit for preserving quality. But IO had put players first with file size. They also cracked the code for making big next gen games efficiently. It’s even more baffling, given the scope of Hitman’s expansive set pieces, story opportunities and hundreds of NPCs.

According to PC Gamer, IO Interactive used LZ4 compression – a method of adding content without duplicating things. This includes not having duplicates of a model, word or asset when it can be linked back to one file. This technique for compressing is also lossless, in the sense that players won’t notice a thing. Hitman might be working at half the size. But players are enjoying a much bigger experience without compromise. Same great looks. Same performance. Same full package. No deletion needed.

An identical or similar compression technique was used for Resident Evil Village. As of now, it only packs a near ten hour campaign. Capcom’s latest game weighs about 27.45GB on PS5.

To be fair, it’s a simple ride across two expansive locations: the village and Castle Dimitrescu. But as I thoroughly enjoyed in my review, Resident Evil Village manages to double in value with size. The game uses a resource-driven mechanic. Each location grows with new areas to explore. It’s better knowing that there are three more locations to explore after the first two. Capcom takes full advantage of its near 30GB size and delivers a true next gen experience. This also checks Call of Duty’s boxes for photorealism and ray tracing.

Capcom also has an affinity for smaller file sizes. Devil May Cry V Special Edition launched on PS5 at 45GB. Like Resident Evil, the demon thrashing game was expansive. Its base game already took players across a number of detailed locations. The campaign was added with Vergil’s content and a post-launch Bloody Palace mode. Like IO, Capcom has efficiently packed the experience down with compression. This helps for future games like the multiplayer-based REverse. At a small file size on Day One, it helps players make room for those eventual content updates.

Ratchet & Clank: Rift Apart and Demon’s Souls are identically 34GB worth of storage space. As you’ve noticed, single player experiences benefit with smaller sizes. Case in point, both PlayStation exclusives could have weighed heavier. But Rift Apart doesn’t just wow players without loading screens. It also uses the SSD to innovate degrees by juggling Pixar-level animations, Ray Tracing and accessing two dimensions instantly. These cutting edge features are made more impressive with its size. It’s no surprise that Insomniac has played around with their own compression techniques to make Rift Apart fit so well.

Cold War, released as a launch title with ninth-gen consoles in November 2020, continued to overshadow its predecessor for size. 2019’s Modern Warfare kicked off most debate on AAA file sizes in the future. As of August 2021, the full MW package weighs about 150 GB. This comes with the Campaign, Multiplayer, Spec Ops and standalone Warzone battle royale.

Seven games or one?

It’s understandable for a next gen Call of Duty game to grow in size. The new live service approach keeps the game fresh through free DLC which doesn’t suck. But AAA developers from Activision also set a bad precedent for needed storage space. As inefficient as Cold War and Modern Warfare were, it came at a player’s expense. Literally, through expansions which were limited to the PS5’s speeds. Logistically, by giving up the fully-priced package.

Black Ops Cold War’s fifth season will stretch the file size past 200GB (if it hasn’t already). There’s a real issue when deleting one Call of Duty game gets you back the following:

Sony’s call to action could be louder for file sizes. The problem shouldn’t be focused on players with dwindling space. There isn’t exactly an ideal solution from migrating future games to a hard drive (but playing PS4 games externally is incredibly viable). It’s still uncertain to buy a 1TB expansion so early in this generation. This comes in the face of bigger AAA games for years to come. Yes, including the recklessly large Call of Duty games released annually.

One of the ninth console generation’s bigger issues start with developers. It’s important to release generously sized games at launch. This gives players some much needed space in order to support developers back.