Gamescom 2021 Xbox Roundup: All News and Info Given From Today’s Huge Showcase 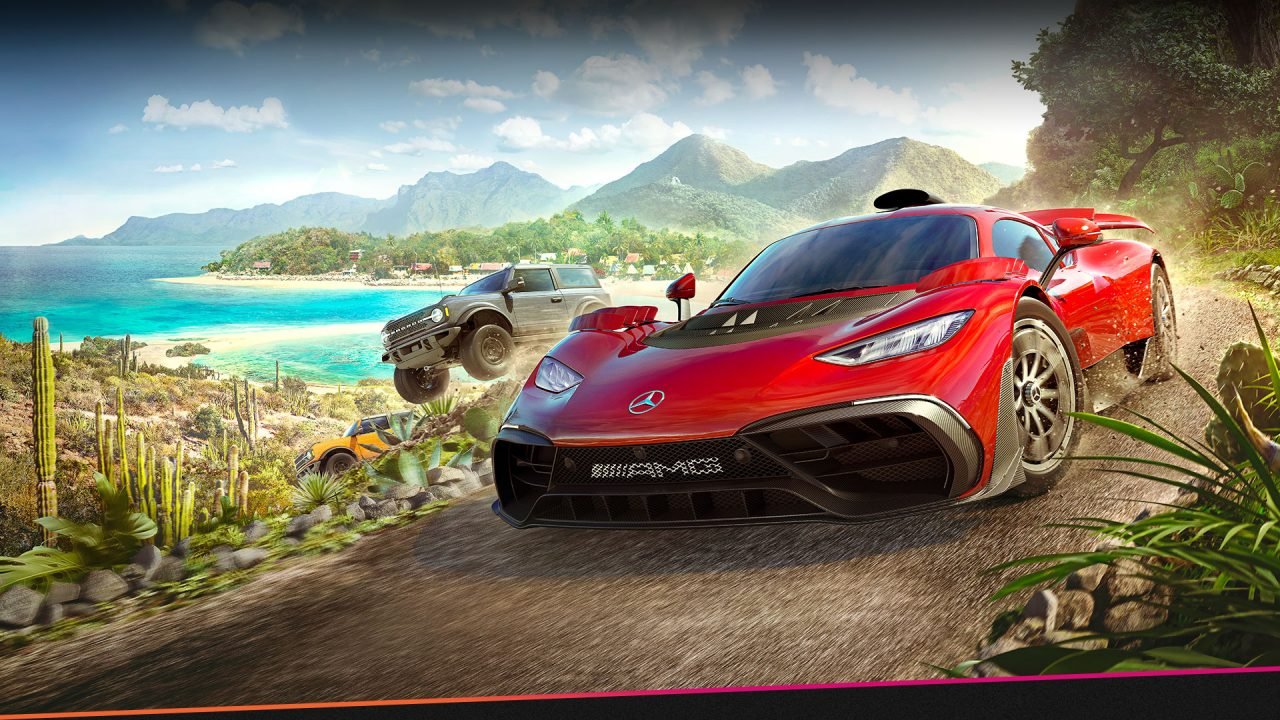 In the first Gamescom 2021 showcase, Microsoft gave fans all of the big details surrounding the Xbox, and the GamePass service they provide.

Gamescom 2021 is happening this week. The home for news, announcements, and everything the tech world has to offer, is an exciting glimpse into what’s in store for the future of gaming.

Xbox blew the hinges off the door of the event by showcasing a large portion of their library that is coming right around the corner. The gameplay of various titles gave fans an inside look at what to be excited about in regards to Xbox’s latest.

Dying Light 2 immediately appeared as the starting title of this broadcast, showing scenes of action and seamless parkour through the sequel’s urban sprawl. 20 years after the events of the first horror title, sees the player smack dab in The City, one of human civilization’s largest remaining settlements. Lead Game Designer Tymon Smektała and Animation Director Dawid Lubryka, walk fans through first-ever new looks at the new combat and traversal mechanics. The tallest buildings Techland has ever designed are present here, adding the largest scope of verticality the studio has ever created. With the world becoming more hardened to the state of affairs, the player will face more conflict than ever before. Dying Light 2 arrives on December 7.

Xbox GamePass received the royal treatment during this showcase with many of the mentioned titles coming to GamePass in the future or on day one release. A few of the HumbleGames coming to the service are; Archvale; Next Space Rebels; Midnight fight express; Bushiden; Flynn Son of Crimson; Unpacking; Signalis Unsighted; and Chinatown Detective Agency. The plethora of upcoming titles here is sure to give excitement to fans of all genres.

Into the Pit, an upcoming first-person roguelike that sees the player navigate many challenges in what seems to be an Unreal Tournament with magic. This indie title is making its way to GamePass also, day one, on its release of October 19.

Then, Age of Empires IV Creative Director Adam Isgreen then took the reigns of the conference with new details surrounding the latest in the empire games. Introduction of the fan-favorite trebuchet, this massive siege beast can demolish castle walls with ease. “history is only as interesting to the people who taught it to you, we wanted to be that kind of teacher,” Isgreen said in relation to how he wanted Age of Empires IV to play. Small details such as how flaming arrows don’t go out when they’re shot are researched upon to provide significance to history. “To tell these stories in a different way,” is what Isgreen regards as the studio’s objective. The empire strikes back on October 28.

Gamescom 2021 then introduced Xbox Cloud gaming coming to Xbox, as part of GamePass Ultimate. This service allows gamers to start games from the cloud and save internal space on their console. Being able to just pick up games and play them anywhere is a lucrative way to experience games without the long installation period. The Cloud is coming this Holiday season to Xbox series X and Xbox One.

Wasteland 3: The Cult of the Holy Detonation DLC is coming, as noted by Game Director David Rogers. “Smackdab in the middle of a holy war, choice and consequence is our bread and butter, it is really your game to craft and mold.” He says in regards to this expansion on the base Wasteland experience. Some of the most exciting boss battles are present in the expansion. Combat missions are improved upon by having the player remain in active combat during an entire mission instead of constantly pulling fans out of the action, allowing for a continuous rampage through.

“You can really interact with them,” notes Rogers, in regard to the cultists players will meet. Ironically enough, a fearsome horrifying looking cultist will have a unique personality and be friendly, teaching fans to not judge a book by its cover. For new players, Wasteland 3 is the best version of itself right now, so getting in is relatively fan-friendly. The expansion arrives October 5 .

Sea of Thieves also had an announcement, with a special event that will award players an all-new Borderlands-inspired Mayhem featured ship set. The event begins today and ends on September 7.

State of Decay 2: Homecoming, the latest update to the title is releasing a new map in a return to Trumbull Valley. The fully remastered map expands into two new territories previously not accessible. Things have changed, so this may not be the Trumbull Valley players remember, the announcement noted. It includes exclusive items, weapons, and a 12th bounty pack. “this map is one of the most requested features from the community,” Communication Director Wonder Russell said, “we did it.” The return to Trumbull Valley happens on September 1.

Stray Blade, an immersive Action RPG title was then surprisingly announced. Pre-alpha gameplay footage gives a look at this new title. An adventure that takes place inside a changing world that relies on in-game victories. Change will be part of the journey coming in 2022.

Psychonauts 2 shows off its final release trailer, featuring its zany characters and beautiful unique art style. Its slew of unorthodox enemies that haunt people even in real life is coming tomorrow to Xbox Game Pass. Promising many new characters and ‘interns’ to meet in this amazing sequel. You can see our review here.

The Gamescom 2021 Xbox presentation concludes with Forza Horizon 5. After revealing an on-brand limited edition Xbox controller that is themed to the Horizon Festival, fans were treated to gameplay.

Set in a beautiful, vibrant rendition of Mexico that is loaded with deserts, ruins, and beaches. The cover of the game is revealed, showing a Mercedes AMG1 for speed demons and a 2021 Ford Bronco which could be utilized to traverse the more rugged terrain. 8 minutes of full gameplay are featured, which show off the massive world with the covers Ford Bronco speeding down a snowcapped volcano.

The seamless transition in the open world between a volcano to a desert is remarkable. The other cover vehicle, a Mercedes AMG1 supercar is then shown driving down winding roads with a plane overhead, and through different terrain. When the gameplay demo showed a car come into contact with a puddle, realism was on full display, and the sandstorm phenomenon provided heavy occlusion for the player. The scope of this open Horizon game is possibly their largest yet with the many different landscapes the player will traverse. Forza Horizon 5 arrives November 9, and is coming to GamePass on day one.

This was the first showcase in a week of Gamescom 2021, and the kickoff show premieres tomorrow and fans can stay up to date by visiting their site.