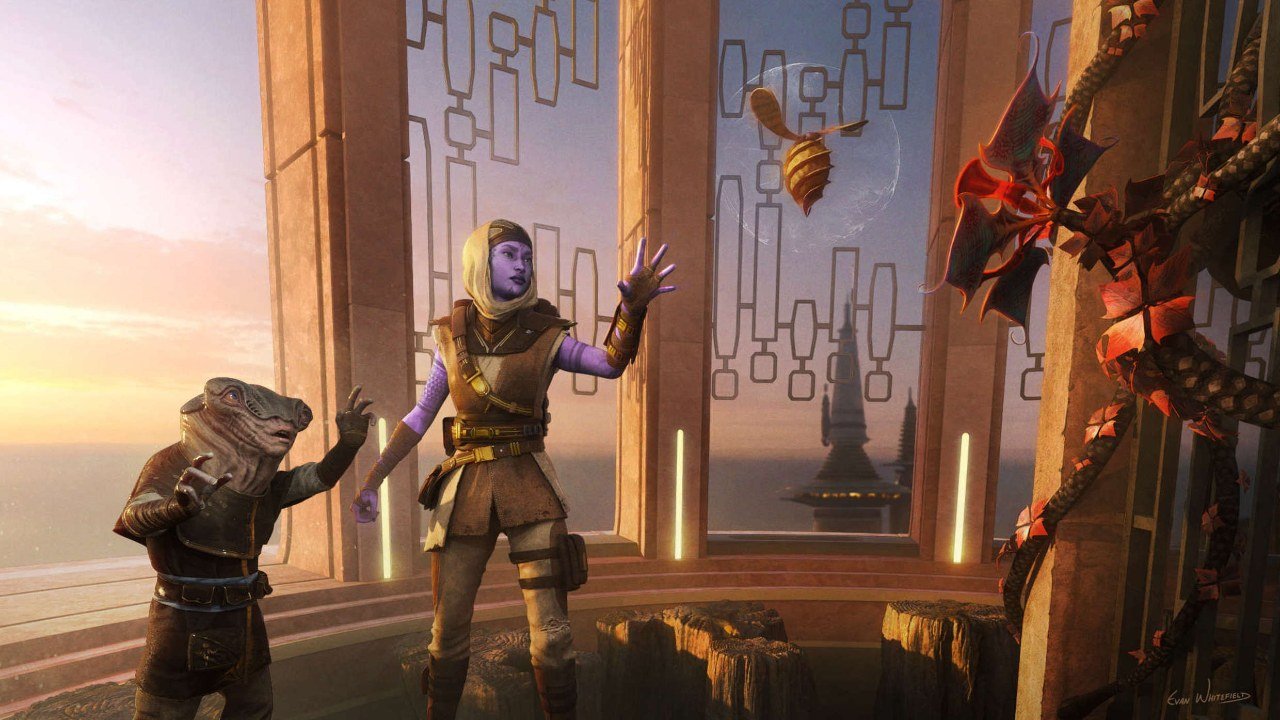 ILMxLAB, the studio behind Star Wars Tales from the Galaxy’s Edge has released an extended trailer on the game’s final instalment, Last Call which is set to launch on September 15th.

Star Wars Tales from the Galaxy’s Edge – Last Call features new adventures, tales and familiar characters brought back to life in the VR game. In the final instalment, you once again are put in the perspective of a droid-repair technician turned adventurer as you are hired by Batuu’s resident grouchy antiquities dealer, Dok-Ondar.

Players in the Last Call will go on a journey to recover an ancient artifact in two new adventures. It won’t be a simple adventure as players will navigate new environments like Sardeevem Chasm and the Cavern of the Moons with pirates and new threats around the corner. Additionally, you will be solving puzzles and using your droid repair tech tools to get yourself out of tight situations.

Throughout Last Call, the player will find themselves stumbling upon a hidden First Order facility far, far away from Black Spire Outpost, as well as team up with some unlikely allies like Lens Kamo, Hondo, Mubo, R2-D2, and C-3PO, who will be behind you as you infiltrate the First Order’s operation and attempt to thwart an evil that threatens all of Batuu.

Additionally, players will also get their hands on The Bounty of Boggs Triff tale, where you get to play IG-88, a class four assassin droid and one of the top bounty hunters in known space. You will take on a peculiar bounty on the moon of Nar Shaddaa and traverse an impregnable fortress to reach Boggs Triff and complete IG-88’s mission.

That’s not all as you’ll continue the story of Ady’Sun Zee in The Sacred Garden, which is set in The High Republic era many years after her first tale. She is no longer an apprentice but a Jedi Knight who is teaching her own padawan, Nooa, the ways of the force along the way she’ll learn her own lessons in this new tale.

Those voice cast featured in Star Wars Tales from the Galaxy’s Edge – Last Call is as listed below:

Star Wars Tales from the Galaxy’s Edge – Last Call is set to launch on the Oculus Quest platform for $9.99 USD. If interested in getting into the full game, you can pick it up for $34.99 USD on the Oculus’ digital store.