SOLO isn't an option in these Raids 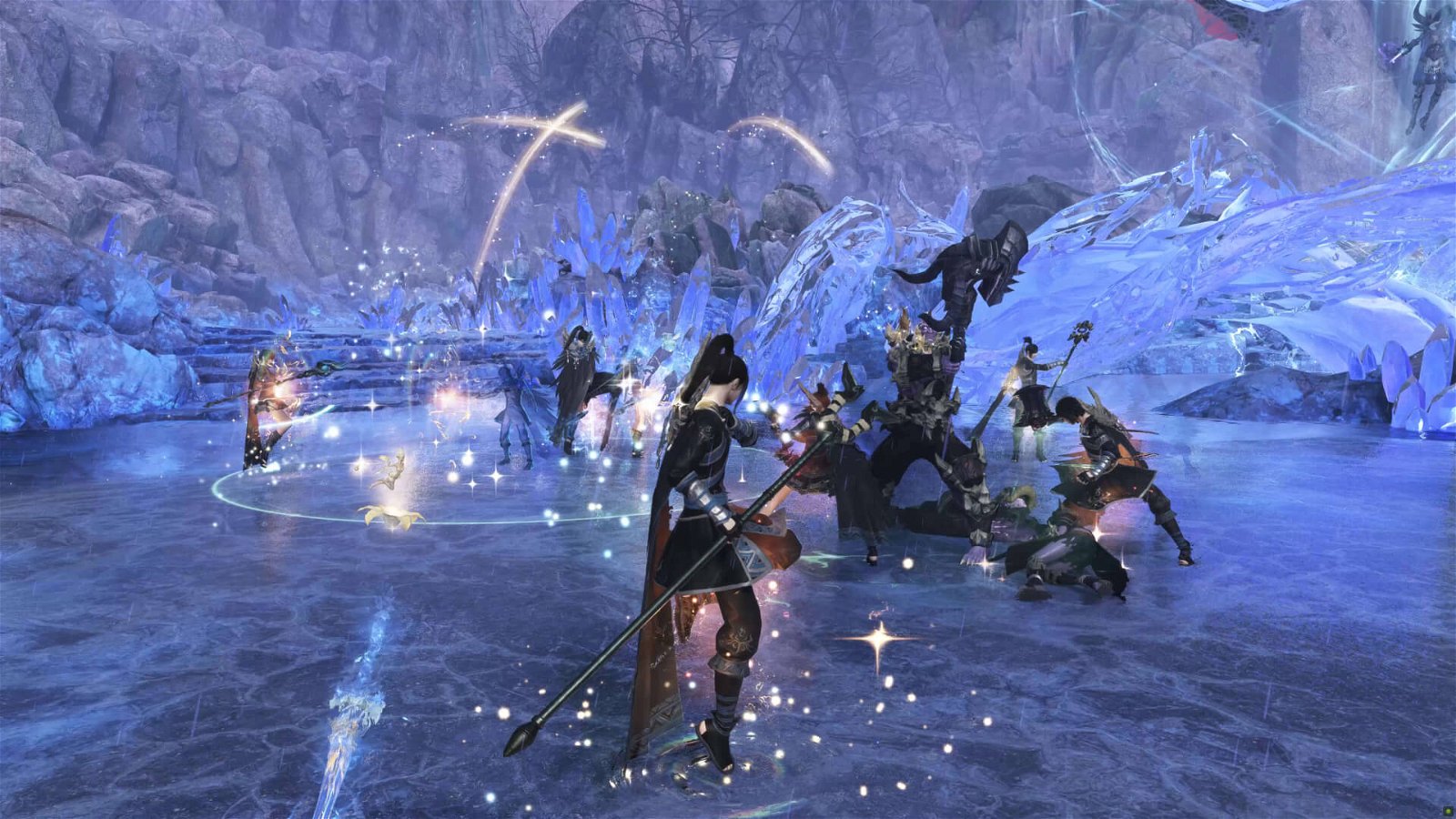 Swords Of Legends Online gives players a reason to stick around as the release of two massive raids is imminent on the SOLO world.

On the success of Swords Of Legends Online‘s large raid, Xuanjiu Jade Palace released in July, the SOLO developers show no signs of slowing down.

In MMO games, variety is the spice of life, as shown by the many others on the MMO landscape with regular expansions and content. SOLO continues this trend by pulling the curtain back on two new raids, the Ruins of Nuowu, and Ice World.

In the Ruins of Nuowu, players will confront a legend that has stood the test of time. One of the two treasures the Plague Goddess gifted to the Nuowu has resurfaced. Legend suggests the scythe of the Plague Goddess has reformed after efforts to seal away the darkness have failed. In a Castlevania-type plot where the weapon was split into 5 pieces and scattered, the legend proves you can take the weapon out of evil, but the evil still remains.

Located in the Shanghuai Grassland, the Ruins of Nuowu introduces a new boss enemy called the Plaguebringer. As the boss wields a divine-like weapon, it’s no wonder it can split the entire battlefield, in a confrontation that will challenge players tactical ability and awareness.

In Ice World, players will be subject to the frigid climate of the Baxian Plateau to face this challenge. The introduction of the new boss, the Jadewater Spirit, is sure to fire up fans that have braved the hostile environment. In a battle with multiple stages, player cooperation is key to staying warm in this arctic chill.

With promises of new game mechanics and tactical acuity, Swords Of Legends Online brings the heat with these new raids that will test any battle-hardened warrior’s mettle. Both raids start at 12:00 PM on the server’s time, following weekly server maintenance. The raid can also unlock weekly and will be reset every Thursday at 6 AM of the server’s time.

To stay informed of all SOLO goodness you can visit the Swords of Legends Online website.