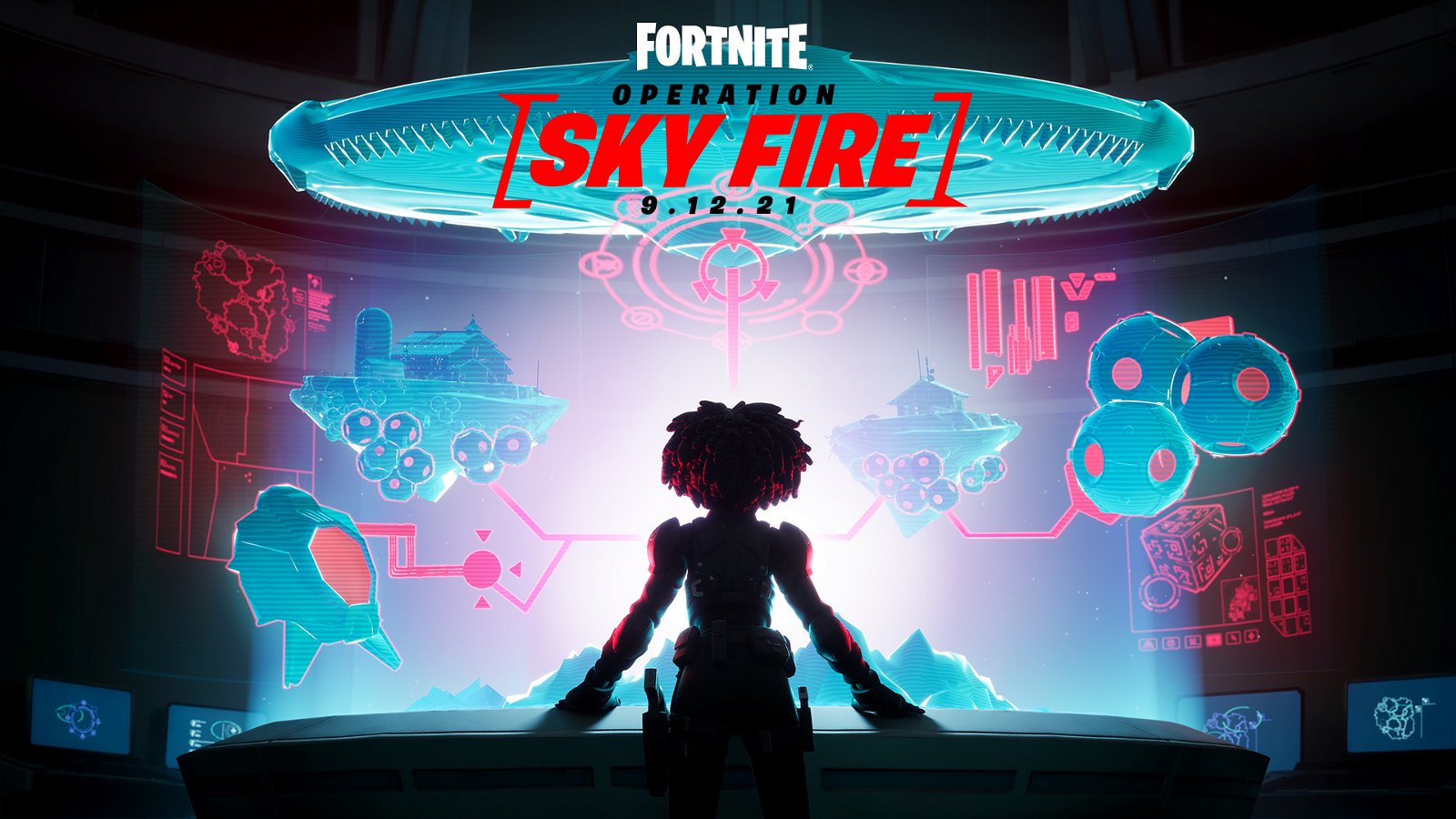 The conclusion to Fortnite’s Chapter 2 Season 7 story arc is happening soon, and it sounds like it will be another thrilling finish that fans won’t want to miss!

The Mothership is aimed and pointed at the Imagined Order’s secret base at Corny Complex but Doctor Slone has a plan that should end the invasion and save everyone. You’ve no doubt helped her along the way by answering phone calls, working as an undercover agent for the IO, and searching for information that helped Slone piece everything together. It’s all been leading up to this, and now it’s finally time for Operation: Sky Fire.

Doctor Slone’s plan is simple and should go off without a hitch, as long as players take the proper preparations for the mission ahead. All a good team needs is a plan. Well, and some entrance music, but we’ll leave that to you and your strike team.

Join a strike team and sneak onto the Mothership to deliver a message to the invading Aliens. Operation: Sky Fire starts September 12th at 4 PM ET. The Operation: Sky Fire event playlist will be available 30 minutes prior to start time, which is when you can load up into the lobby with your strike team. And Slone needs everyone for this mission.

You can join the event with up to 16 friends, so there’s no reason for anyone to miss it. The mission should be pretty epic, so take plenty of pictures for later. There’s no going back. It’s now or never. There are no replays for Operation: Sky Fire. Don’t forget to bring Master Chief. He’s been known to have a talent for taking down invading alien threats.

Doctor Slone knows her stuff, and we’ve all worked hard to get here, but who knows if we’ll make it out? Make sure to bring your favourite dances and dress up as your the best dancing hot dog.

Any unclaimed Battle Stars or Alien Artifacts will be automatically redeemed for rewards and styles starting with the earliest available unlocks, so now is the time to grab stuff before it’s gone. Superman’s quests must all be completed before the event starts as well.