Now You're Burping With Portals 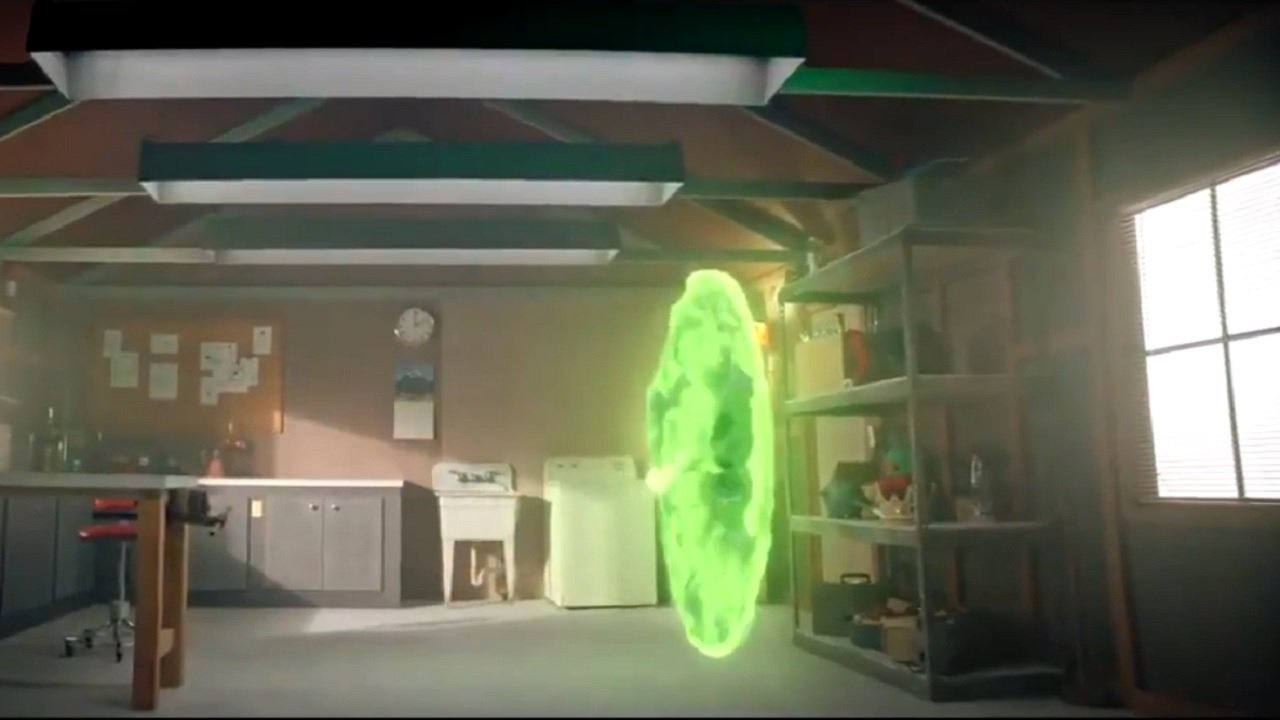 The resemblance may seem uncanny initially but longtime fans of Justin Roiland’s work no doubt recognize the reference. Rick and Morty is based on an earlier idea Justin Roiland had in his career; in fact, it’s just that idea expanded and with some changes, including names.

After being fired from a show in 2006, Roiland started focusing on a new project for Channel 101. Roiland eventually landed on The Real Animated Adventures of Doc and Mharti, which was a short, animated series that satirized the adventures of Doc Brown and Marty McFly. Back to the Future’s Doc Brown is perhaps Christopher Lloyd’s most well-known role, and so it naturally got fans talking quickly about what could come next.

Some fans started speculating that the footage could be from an episode that features live-action footage, like that one Gravity Falls episode. It’s important to remember though that this is Rick and Morty, and Adult Swim isn’t above experimenting with the show’s marketing. The clip could just be something fun and easy to get people talking, which is exactly what happened.

Adult Swim hasn’t announced anything yet, so for now it’s best to treat it like a commercial that didn’t involve McDonald’s workers being verbally abused over dipping sauce. It could also be something else entirely. Adult Swim isn’t exactly short on cash thanks to parent company AT&T. Perhaps it was a way to test the waters for a live-action film or spin-off series. It might just end up being a cool confirmation that Christopher Lloyd approves of Doc Brown’s misguided, mad scientist counterpart. Maybe Christopher Lloyd will make an appearance in a different metaverse during an upcoming secret operation?

File Under: Back to the Future, Rick and Morty