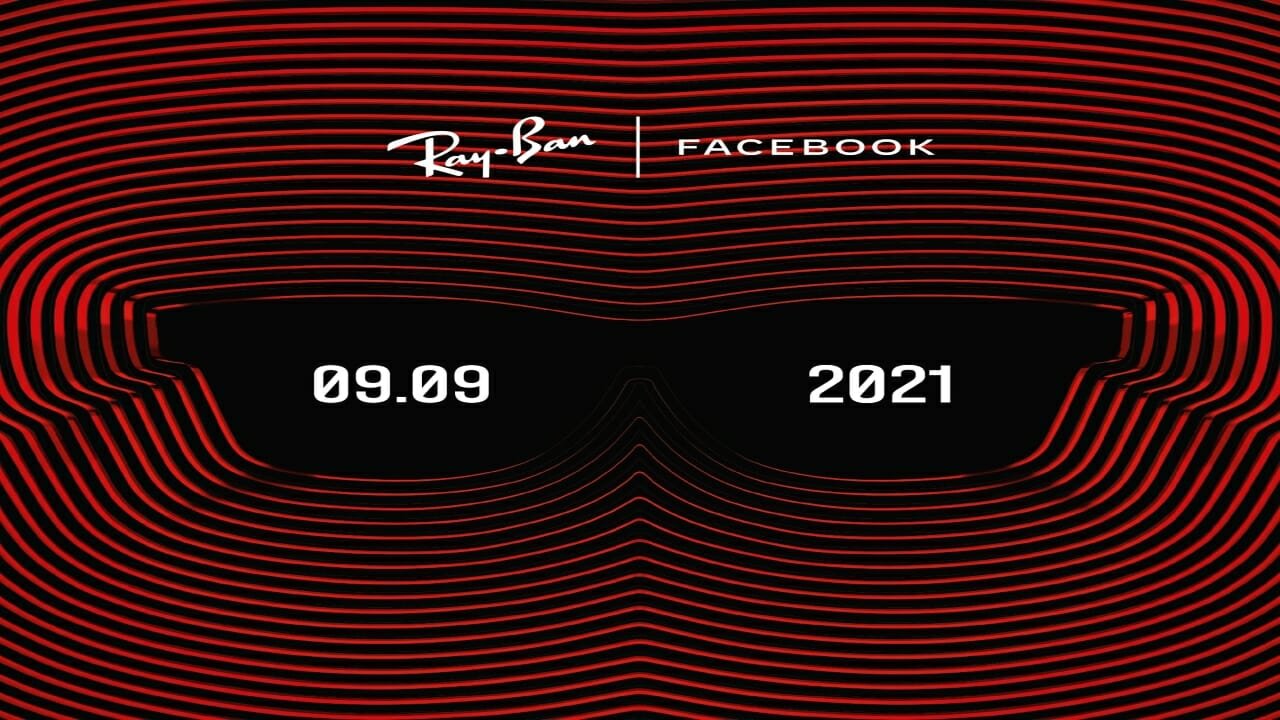 Ray-Ban and Facebook are partnering up to bring a whole new take to the glasses world.

Ray-Ban and Facebook share the same banner with a red-and-black sound wave design emanating from the centre image of a cut-out of a pair of glasses with the text “09.09 2021” written inside the lenses. On Ray-Ban’s website, it contains the same design teaser along with a sign-up sheet to get notified of the release. So, what could this spell for tomorrow’s release? Let’s dig deeper.

Last year, a tweet from the now former Vice President of VR at Facebook Reality Labs, Hugo Barra, teased the release of the collaboration between Ray-Ban and Facebook. The concept of the video clearly highlights how many people use glasses and have been working on trying to find the formula for creating the ‘glasses of the future’. The main takeaway was that Ray-Ban and Facebook would be bringing the first smart glasses to the market soon.

Multiple sources confirmed with Facebook that the smart glasses won’t necessarily be advertised as an Augmented Reality (AR) piece like Project Aria, but rather something that will be a balance of fashion and technology.

CNET confirmed last year with Facebook’s head of AR/VR hardware, Andrew Bosworth, on what this collaborative first smart glasses would be classified as. He said, “We’re being careful not to call them augmented reality glasses…But I will say, one of the things that we’re looking at for all of AR, starting with our smart glasses, is how can they help you be more present.”

These two videos appear to show that Zuckerberg is capturing the footage with a device that can only seem to be the new Facebook and Ray-Ban smart glasses. Hinting back to how these smart glasses will “help keep you more present” is very evident from these two videos by Zuckerberg. If they can stay on Zuckerberg’s face through all his physical activities, they must be durable and secure enough to survive most everyday tasks. The video quality is clear and crisp, so that’s a plus.

It’s quite amazing to see a glimpse of what smart glasses could be like. There hasn’t been much said about all the features of the Facebook and Ray-Ban smart glasses yet, but all is sure to be revealed with the announcement tomorrow.