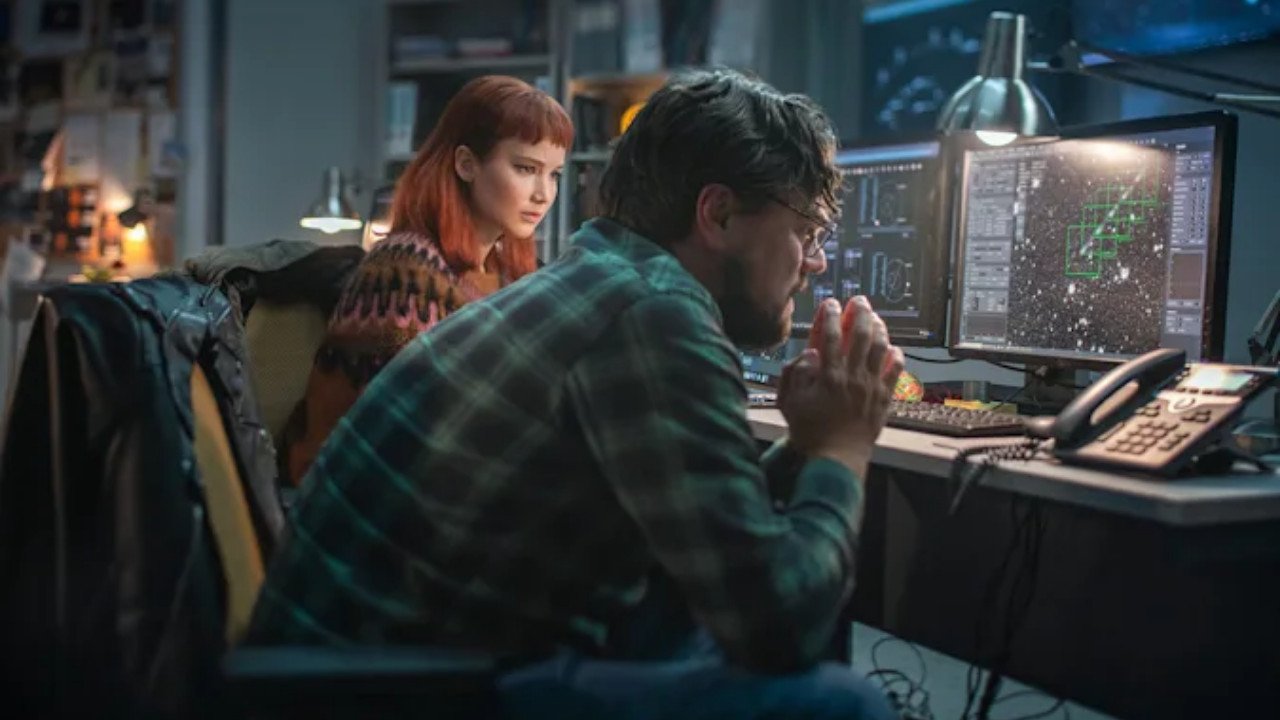 Netflix has released its first teaser for its upcoming movie, Don't Look Up which is releasing on the streaming service on Christmas Eve.

The sci-fi comedy stars Leonardo DiCaprio and Jennifer Lawrence alongside each other as two low-level astronomers who have learned that a world-ending comet is making its way towards Earth. Leonardo DiCaprio and Jennifer Lawrence's characters, Dr. Randall Mindy and Dr. Kate Dibiasky have put it on themselves to warn the public of the Earth-destroying comet by going on a giant media tour.

Here's the twist of the movie, nobody believes them, not even the US president, played by Maryl Streep and her chief of staff/son, played by Jonah Hill; who seems intentionally annoying in this film. Don't Look Up is sounding like it's honing on the trope in fiction where characters ignore the scientists who predict a major disaster before it happens, only this time around those experts are the main characters.

The Netflix release can be seen as a return to film for Leonardo DiCaprio as the last movie he starred in was 2019's Once Upon a Time in Hollywood. While the movie is set to release this Christmas Eve on Netflix, moviegoers will have a chance to watch it before it drops on Netflix as it's arriving in limited theatres on December 10th.

Don't Look Up will stream on Netflix starting December 24th, prior to that release the movie will release theatrically in limited theatres on December 10th.