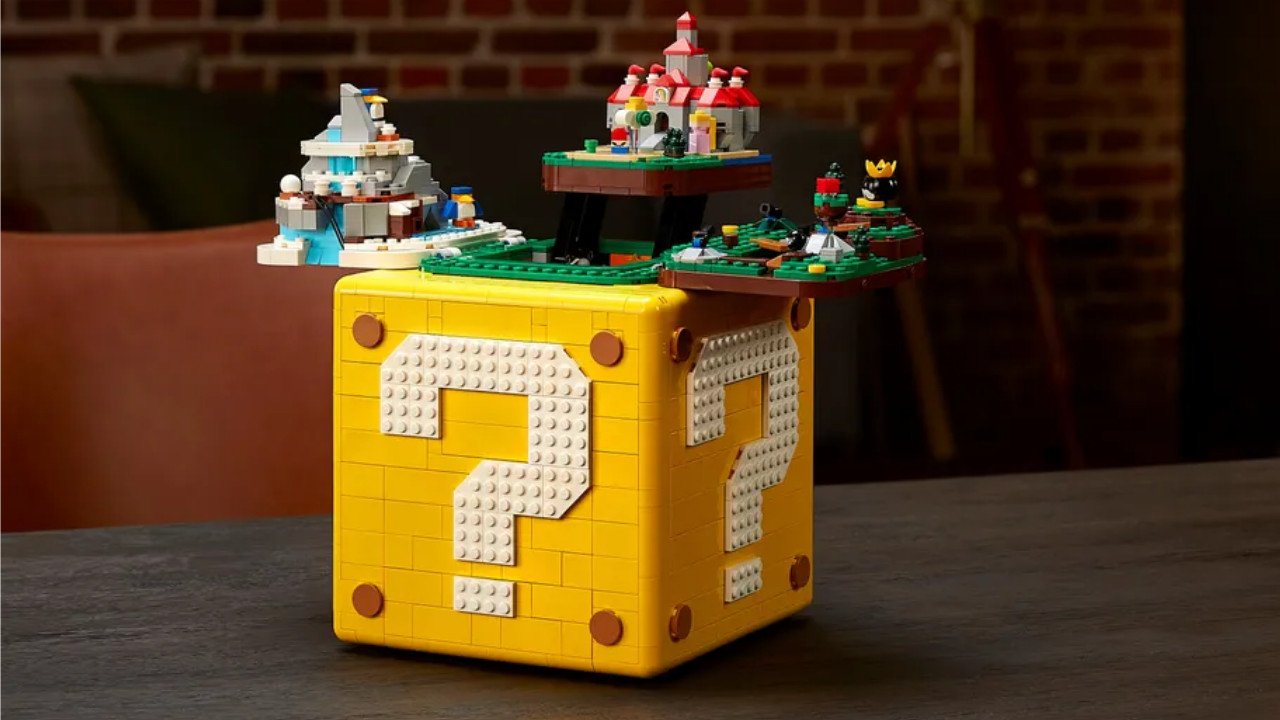 LEGO and Nintendo’s collaboration isn’t stopping any time soon, as both companies have revealed their next product, a giant Super Mario 64 Question Mark Block in a trailer.

This premium Nintendo-licensed product is the Super Mario 64 Question Mark Block was previously teased on Twitter with a silhouette of the product that asked ‘we’ve got a question for you.” It was announced that the block will be released on October 1st, and it will retail for $169.99 USD. The LEGO set comes in 2,064 pieces — mission accomplished on getting the 64 in the piece total — and measures at a bit over seven inches on each side.

Like any question mark block in the Mario series, there is more to this block on the inside. When assembled, you can open it to reveal some of the worlds Mario goes to in Super Mario 64. Those worlds include Peach’s Castle, Bob-omb Battlefield, Cool, Cool Mountain, and Lethal Lava Trouble. The set also comes with ten microfigures which include Mario, Princess Peach, Yoshi, King Bob-omb, Chain Chomp and more.

“We know how much Super Mario fans have loved the Lego Super Mario experience, and wanted to tap into even more elements of the traditional game play capturing the immersive play experience of Super Mario 64,” Lego Group senior designer, Pablo Gonzalez Gonzalez said in an official statement.

“It’s difficult to imagine the Super Mario Universe without the classic game’s iconic levels full of discovery and secrets,” he added. “With this amazing set, we’re building on the exciting play experience of Lego Super Mario, both to bring a bit of nostalgia for those who played the Super Mario 64 video game, but also to introduce these wonderful levels to a whole new audience of Super Mario fans.”

If you own the Lego Mario and Lego Luigi figures, they can interact with the question mark block by placing them on top of it. By doing so you can try to find ten of the hidden Power Stars which can be revealed through secret reactions.

The Super Mario 64 Question Mark Block is set to release on October 1st for $169.99 USD. As of right now, preorders aren’t live on LEGO’s product page.