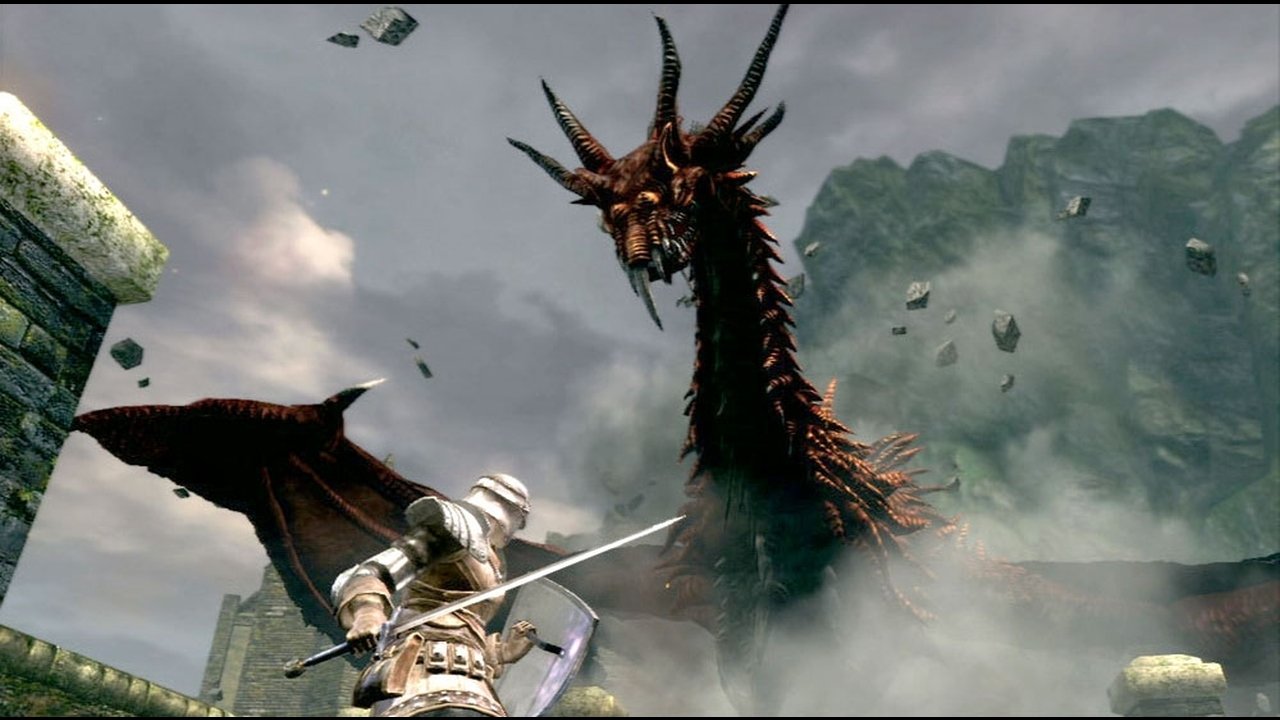 About two month ago, I ordered Dark Souls from a certain unnamed Canadian store. They ran out, and as a result I got the game for about half the price. I’m a pretty big fan of getting games for cheap and an even bigger fan of getting them for free. And buying the game for a little less that day made me a little happier. I spent the next 70 hours – not all in one sitting – struggling my way through the dark dungeons of Lordran.

The questions, “Am I getting my money’s worth?” never crossed my mind.

The amount of blood, sweat, and tears I put into Dark Souls made it a worthwhile experience in and of itself, and not once did I notice the minutes ticking by. I was immersed in the experience. It’s the time well spent and the pains taken that make a game like Dark Souls worthwhile. It comes from the enjoyment of all the factors, the details put into the world that make it live up to the money I spent. There was no prescribed length from the game developers saying this is the amount of game time you’ll get, the bang that you’ll get for your buck. Yet so many games now use length as a selling point.

Back at E3 2011, Todd Howard, Bethesda Director and Executive Producer, said when it came to Skyrim’s length he, “Stopped counting after 300 hours.” To qualify this a little, the amount of time he described would mean doing literally everything, yet it was used as a way of advertising it against other short form games out there. Here’s a thought: if you buy Skyrim at full price that gets you about 300 hours worth of game time. Does that make a game like Portal 2, bought at the same price, any less worthwhile because you get about six hours worth of play?

It makes you think, what the point of advertising games this way?

“A good length for a game will vary from person to person based on their specific limiting factors when it comes to video games,” said Jason Card who runs Video Game Length.com. “Length impacts the ‘value’ of a game but so do cost, quality of the experience, replay value, and other factors.”

The last thing I think about when I pick up a game is how much time I’m about give to the experience. It’s never been something I’ve thought of as a player or as a reviewer. I look at things like aesthetics, story, game play, design, and a bevy of other categories. When you write a review, you also have to look at what you’ve received from the time that you’ve put into the experience. Ultimately, the 70 hours of work I put into my discounted copy of Dark Souls will always be a better judge of a game’s value rather than a prescribed length shovelled to us through bad marketing.

Ultimately, the amount of time you spend with a game does not play into the value of game itself. How much enjoyment you get from a video game comes from your own experience with it, not the estimated time it takes to complete the experience. How long it take to complete a game is meaningless compared to what you get out of it at the end. “Length can impact the quality of a gaming experience; a game that leaves you unsatisfied in the end could have benefited from being longer,” said Card. “Games that last too long, get repetitive, and have unnecessary levels will also not be as enjoyable as a well paced game.”

It makes you wonder why game length has become such a prevalent way of marketing towards players. While it gives you a pretty good sense of how much time you can expect the game take up, it says little to nothing about the overall experience you’ll receive. There was no word about Dark Souls having a set length or it taking a certain amount of time to get the fullest enjoyment out of it. The enjoyment you receive from the game comes from playing it to the end you want, for the time you want to put into it. It does not come from how much time the game developers say you will spend on it.

Game length is not a selling point.