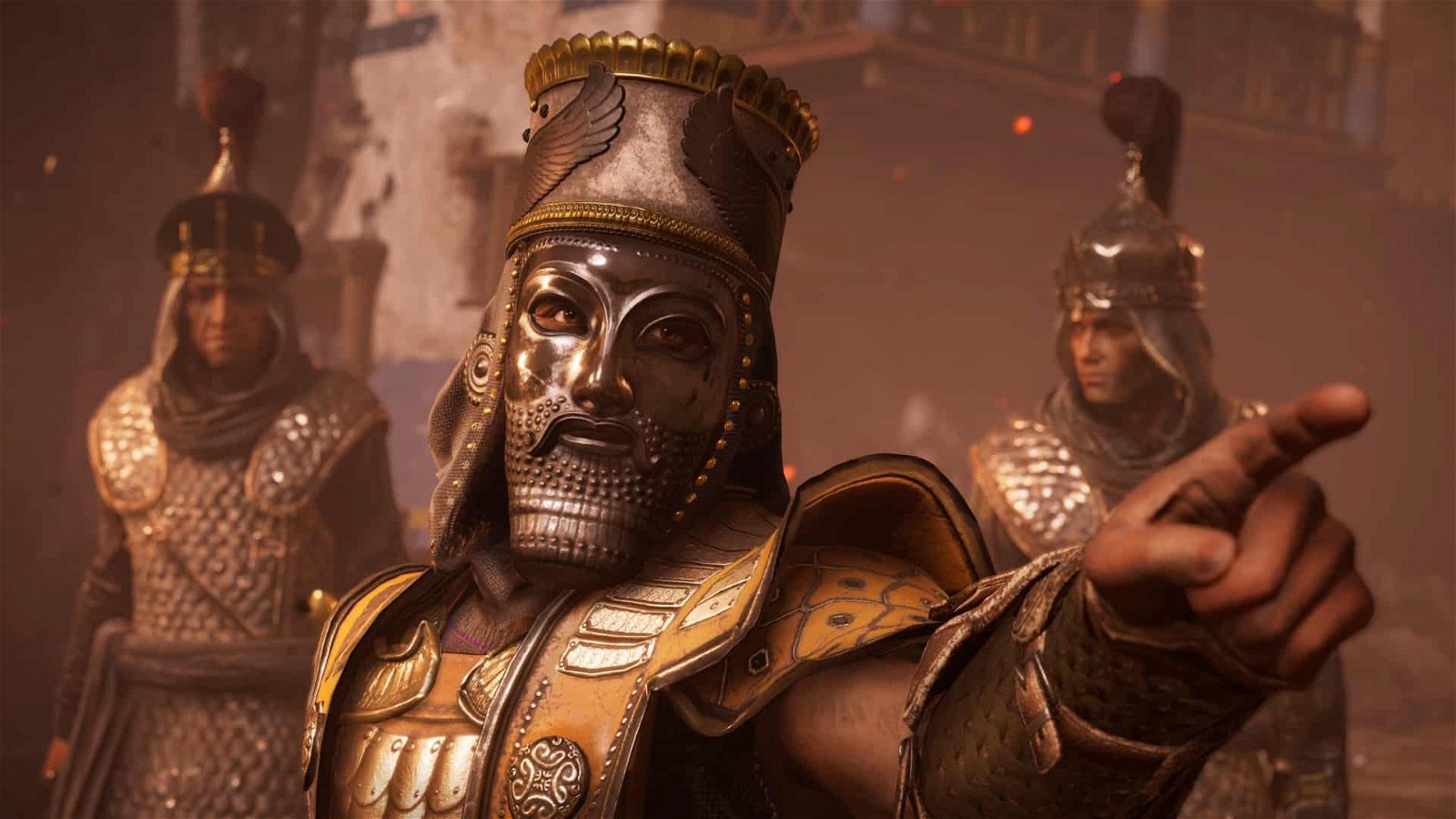 The newest DLC for Assasin’s Creed Odyssey has received some backlash from fans due to a forced heterosexual relationship.

Titled The Legacy of the Hidden Blade, the DLC marks the first piece of expanded content for Assassin’s Creed Odyssey. In it, players fight alongside the first wielder of the mystical “hidden blade”, which has been a mainstay of the Assassin’s Creed series since its beginning. However, the part which is drawing ire is the ending in which players are forced to have a baby with a partner of the opposite sex. The way that it works is that if you are a female character you will have a child with the son of Darius and if you’re a male character you will have a child with his daughter.

When the game was released, Assassin’s Creed Odyssey was praised by many for the amount of freedom that player’s had at their disposal. This freedom includes skill tree-based choices and a vast open world, but also the ability to engage in heterosexual or homosexual romance. In a previous interview with Entertainment Weekly, Melissa MacCoubrey the game’s narrative director stressed the importance of being able to choose the type of relationship that you want in the game.

“We knew that if we were making a game about choice, that philosophy had to permeate throughout the entire experience and not just gameplay. Having same-sex partners is part of that ability to play your own odyssey, and it was something we knew we wanted.”

Given the fact that the development team stressed the ability to have same-sex partners as a key feature, the choice to get rid of the ability in the DLC has made many fans angry. One Reddit user detailed why the ending angered her so much, citing the lack of LGBTQ representation in video games and the sexist nature of the ending. Her entire post can be found here.

Ubisoft has released a statement from creative director Jonathan Dumont in which he apologizes for ‘missing the mark’ with the DLC. Below is the complete post by Dumont.

Reading through player responses of our new DLC for Legacy of the First Blade, Shadow Heritage, we want to extend an apology to players disappointed by a relationship your character partakes in. The intention of this story was to explain how your character’s bloodline has a lasting impact on the Assassins, but looking through your responses it is clear that we missed the mark.

Alexios/Kassandra realizing their own mortality and the sacrifice Leonidas and Myrrine made before them to keep their legacy alive, felt the desire and duty to preserve their important lineage. Our goal was to let players choose between a utilitarian view of ensuring your bloodline lived on or forming a romantic relationship.

We attempted to distinguish between the two but could have done this more carefully as we were walking a narrow line between role-play choices and story, and the clarity and motivation for this decision was poorly executed. As you continue the adventure in next episode Bloodline, please know that you will not have to engage in a lasting romantic relationship if you do not desire to.

We have read your responses online and taken them to heart. This has been a learning experience for us. Understanding how attached you feel to your Kassandra and your Alexios is humbling and knowing we let you down is not something we take lightly.

We’ll work to do better and make sure the element of player choice in Assassin’s Creed Odyssey carries through our DLC content so you can stay true to the character you have embodied throughout.