How the series speaks to us across generations 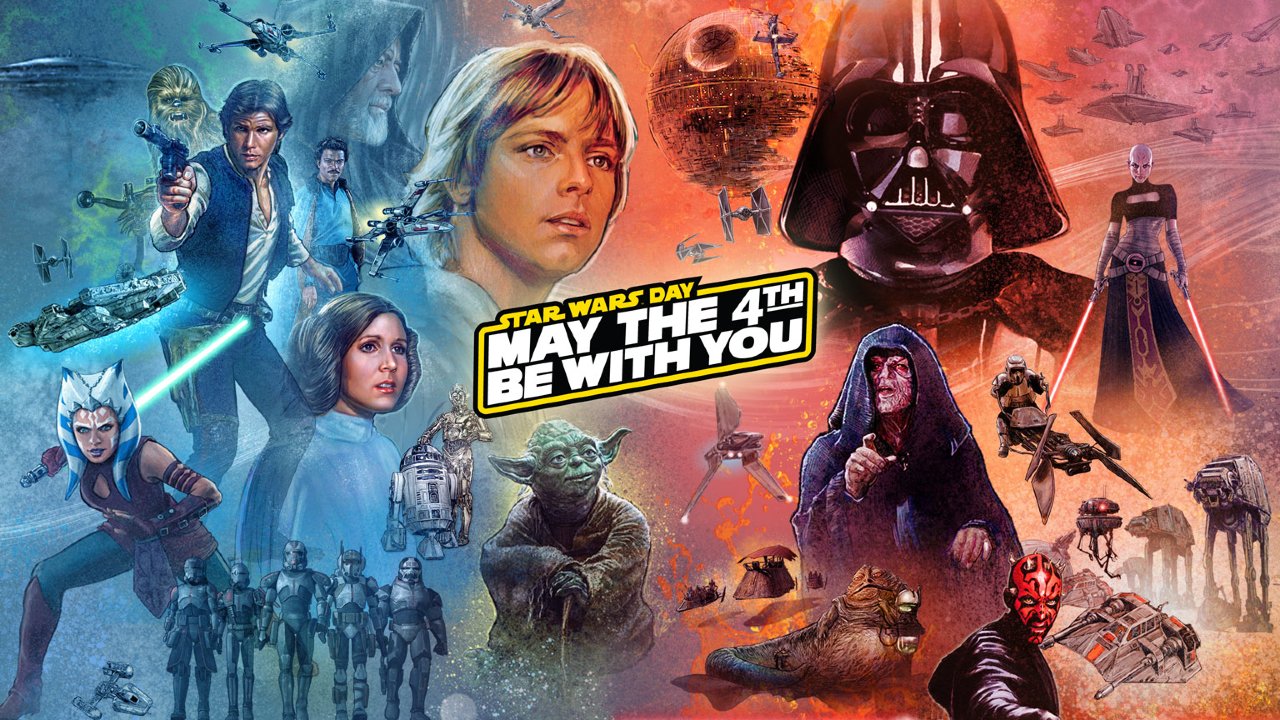 It’s May The Fourth, also known as International Star Wars Day. Every year fans use this calendar-based pun as an excuse to celebrate their love for the franchise. But what is it about this 44-year-old series that still resonates so strongly with people today?

At Star Wars Celebration 2017 in Orlando, George Lucas told the crowd that gathered for the “40 Years of Star Wars” panel that his series, loved around the world by people of all ages and backgrounds, was meant for kids.

“It’s a film for 12-year-olds,” he said. “This is what we stand for. You’re about to enter the real world. You’re moving away from your parents. You’re probably scared, you don’t know what’s going to happen. Here’s what you should pay attention to: Friendships, honesty, trust, doing the right thing. Living on the light side, avoiding the dark side.”

Maybe that seems a little strange at face value. Certainly younger kids can appreciate parts of Star Wars, and certainly adults do—judging by the crowd at any comic convention, or even the random places you can spot its characters and iconography as you go about your day. Those massive box office takes don’t stem solely from pre-teen audiences.

What Lucas really meant, though, is that Star Wars speaks to that coming-of-age mindset we all go through. It provides lessons through the lens of thrilling science-fantasy adventure on how to navigate the difficult choices ahead. And as we grow older, it still speaks to the twelve-year-old inside us all, the inner child who—like it or not—can still drive our impulses and reactions at times.

Sooner or later, we all have to deal with loss, as Luke does when his adoptive home is razed in A New Hope. Eventually we all fear that something may come between us and the people we love most, as Anakin faced in Revenge of the Sith. We’re all likely to have to pick ourselves up, confront the expectations placed on us by others, and redefine who we are at least once in our lives, as Rey does in The Rise of Skywalker. And Star Wars can be the comforting voice that helps assuage that scared inner child, on some instinctual level, in those times of crisis. It can be the voice that says “it’s okay to fail.”

Another famous quote from Lucas comes from behind-the-scenes featurettes for the Prequels, where he said the movies of his franchise are “like poetry, sort of. They rhyme.” Elements of the Original Trilogy are brought back in the other films and TV shows, like the theme of a symphony’s first movement being reintroduced in its second or third movements.

This isn’t only true for the movies’ individual elements, but it can be true for us in our experiences with the series. I personally saw the Original Trilogy for the first time around the age of eleven, when my parents sat me down for three straight Sundays to watch each film. Our VHS copies were copied from a friend, as my memory holds, but by the time the credits rolled on The Empire Strikes Back I knew I was hooked for life.

My parents had taken my older cousins to the theatre to watch each film as it came out. Twenty years later when the Special Editions came out, a year or so after my introduction, my older cousin returned the favour and took me to all three as they rolled out over the course of three months. It had become a recurring, generational bond through my family, still maintained when my brother and I go to see each film.

Twelve-year-old me didn’t appreciate it at the time, however, and was just obsessed with devouring every Star Wars book the local library could stock. It was a driving force behind my love of reading and writing, and kept my imagination alive into my teens.

In 1999, at Lucas’ target age, I got to experience The Phantom Menace and the lead-up to it. I admit leaving the theatre feeling a little underwhelmed, but how could anything live up to the hype we collectively put on it? The same happened for me with the next two films, with the further compounding of negativity spewed on the internet. By the time the Prequels ended I barely interacted with the series, outside of the odd desire to rewatch them.

I remember feeling jaded at first when Disney purchased Lucasfilm, but all of that faded as The Force Awakens approached. Almost twenty years after I first saw an opening crawl ascend my CRT television in my childhood home, I sat in a theatre as a new father myself and got sucked into the magic all over again. It may have been in the hands of different composers, but Lucas’ old refrains were back, and since then a variety of others have taken their turns finding new ways to present and reinterpret them.

Best of all, I have a new generation to introduce. Recently, after reading one of our many Star Wars picture books, my daughter turned to me, sighed, and said, “I wish fear didn’t lead to the Dark Side.” This led to a fun little conversation about how it’s okay to feel fear, so long as we don’t let it lead us astray, to making the wrong choices like certain individuals in the stories did. As Yoda told us in The Last Jedi, “the greatest teacher, failure is.”

To me, that’s what Star Wars is all about, beyond the exhilarating action and the cinematic advancements. It’s something that reminds us of the wonder of childhood, while subtly giving us things to reflect upon, and an experience to be shared with loved ones. Like the Force itself, it can move around us all, connect us to something bigger than ourselves—even if it’s just a space opera with laser swords, there are threads running through it that people can access at any age.

Maybe each individual story won’t please every person, but there are so many corners to the narrative universe, across so many media, that we can simply focus on the things that do excite us. It’s become such a sprawling enterprise that there’s practically something for everyone to relate to in some way, even if it’s just to reminisce once a year about something that had a big impact on you during your formative years.