Top 10 Gory Anime to Spill Your Guts This Halloween

The Most Gore-lorious Anime for Halloween Season 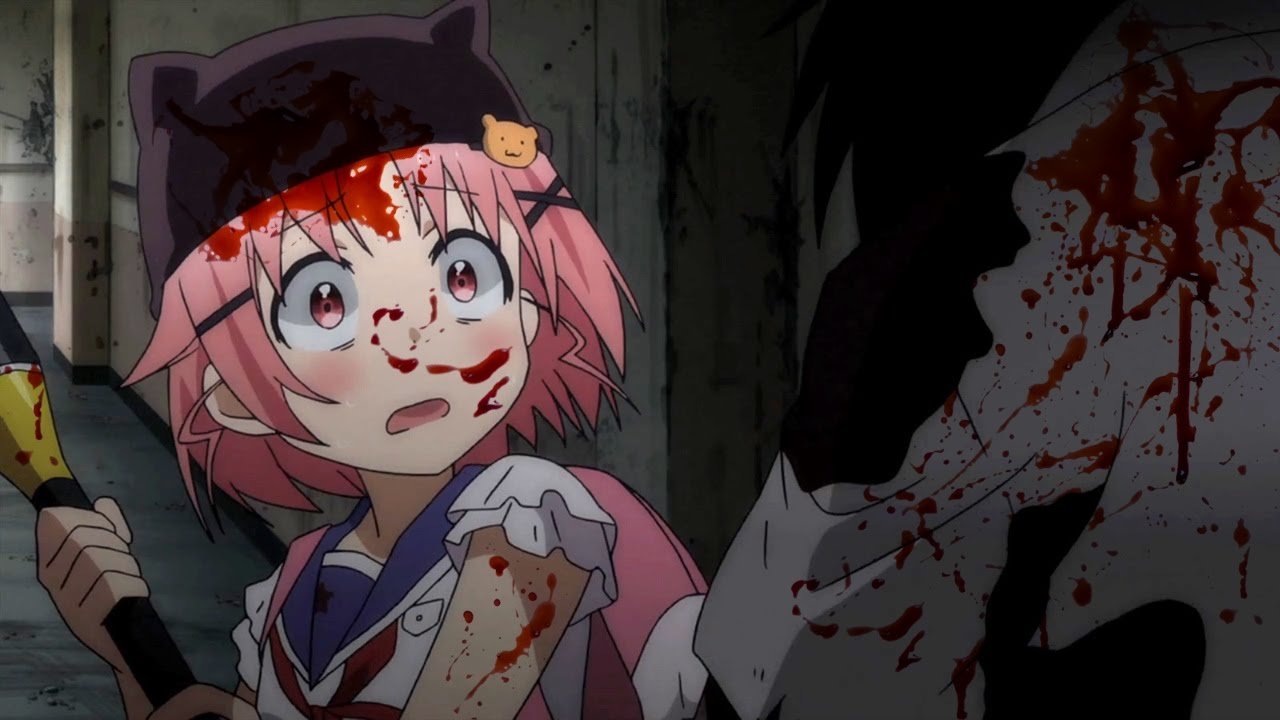 The Halloween season brings out the best of the horror genre and one of the main horror tropes almost always has one thing in it; gore and blood. This list of gory anime was dangerously picked to focus on massacres and brutality as they contain bloodbaths and disturbing deaths. Also, some images will contain spoilers, you’ve been warned. Enough said, here’s the list of the top 10 gory anime to get you bloodstained this Halloween.

Angels of Death is a horror anime based on the video game series of the same name. It follows a 13-year-old girl named Rachel who awakens in the basement of an abandoned building with multiple floors accessed through an old elevator. After moments of searching through the basement floor, she encounters a man covered in bandages named Zack, who wields a weapon bordering a scythe or more like a sickle. Together, they uncover how they got kidnapped and put in the eerie building while trying to escape. This anime is not for the easily faint of heart audiences. While the gore-level is not abundant, the moments of death and injury are gruesome enough to make this Halloween list.

This anime initially presents itself as a happy-go-lucky, fantasy anime of action and adventure with little children as the protagonists. However, the plot of the show gets darker with the introduction of a crater-sized hole (called the Abyss) that many explorers who go spelunking down, rarely ever returning.

The young girl, Riko, lost her mother to the Abyss for many years. After venturing near the entrance of the Abyss, she meets a robot boy named Reg. And so, the treacherous quest to find Riko’s mom begins with her and Reg traversing the mysterious dangers the Abyss throws at them. Made in Abyss has several bloody, brutal scenes that will make you think twice about travelling to the Amazon Rainforest and other hazardous natural habitats.

Deadman Wonderland is the beginning of the chaotic gore fest anime on this list. The story follows a high school male student, Ganta Igarashi, and his imprisonment in a prison amusement park called “Deadman Wonderland.” Falsely accused of the murder of his classmates, Ganta must play and survive the prison’s deadly games in order to escape and also uncover the person who set him up. The amount of people sliced, diced and impaled in this anime is insane, but it offers a great mystery, thriller that will grip audiences by the throat, gasping for air until the end of the season.

Warning to all viewers! This is a very magnificent, yet peculiar anime that subverts all expectations and stereotypes. Inuyashiki: Last Hero already breaks the norm with the protagonist, who is a 58-year-old family man, Ichirou Inuyashiki, going through a mid-life crisis. After running into a field in an emotional breakdown, he gets struck by a strange bright light from space, transforming the middle-aged man into some kind of mechanized weapon, granting him the ability to fly with jetpacks that come out of his back (you heard that right).

Of course, he wasn’t the only one who got powers. Another strange, young man got the similar treatment, only he’s more unhinged. The villain commits brutal assassinations and massacres—some for their own amusement—which is why this anime takes the cake for its distressing gore factor at number seven.

Attack on Titan speaks for itself, in terms of popularity and making its way into everyone’s vernacular, especially with the whole Eren Jaeger Tik Tok trend. Other than it being a meme machine, it’s known for its iconic savage deaths and lots of humans getting eaten in half by the giant Titans. The story revolves around a young boy named Eren Jaeger and his friends who want to join the military to exterminate all the Titans, after witnessing his mother get eaten by a Titan.

The twists and turns of the story and victims squirming for their lives before getting chomped down is an amazing backdrop for countless tear-jerking and gory moments. A Halloween must-watch show for anyone interested in seeing the different ways a human can get devoured by monolithic Goliaths.

Mass murdering, check. Cruelty levels, 10 out of 10. Cool protagonist, you bet! Goblin Slayer has everything a Class-A Hollywood horror flick can offer, and then some. The story is fairly straightforward. This fantasy world is infested with many types of monsters, but the most gruesome of the bunch are the unsuspecting goblins that make up for their size in mass-bred quantity.

The main character is only referred to as the “Goblin Slayer” because he primarily kills goblins and accepts quests that involve butchering goblins. The story follows the Goblin Slayer and his goblin gore-filled adventures, along with recurring companions. The big warning for this anime is there are disturbing scenes of sexual assault, so viewers’ discretion is greatly advised with this one.

Another popular series for its onslaught murders is Tokyo Ghoul. The narrative follows a male college student, Ken Kaneki, who narrowly escapes a ghoul attack, but becomes a half-ghoul himself. The main issue with being a ghoul is that they can only consume human blood, but it grants them healing properties and other special abilities. Kaneki’s journey takes him through a bloodbath as he is conflicted between his humanity and his half-ghoul nature. In the first season alone, there were over 100 deaths due to the ghouls’ bloodlust. Careful of ghouls while trick-or-treating this Halloween or you may face the consequences.

Another is not another mainstream storyline for the horror genre. It begins with the death of a famous, honour-roll classmate named Misaki in 1972. The class is emotionally torn about the news, but tries their best to carry on with the school year up to graduation. Then, in 1998, the story revolves around a boy, Kouichi Sakakibara, who transfers to the same school Misaki died at.

Strangely enough, no one except him, acknowledges one girl with an eye patch. Her name is also Misaki. You’ll have to watch this gut-wrenching mystery to find out more. The twists and turns will keep audiences thinking solving the case, and also reaching to throw up in the toilet as the anime’s scenes of carnage of death are non-stop.

A great title for a very supernatural, horror anime. Corpse Party: Tortured Souls is basically the best overall Halloween-esque anime to watch on this blood-filled list as it fulfills a lot of classic horror elements. The story gathers around nine high school friends who are graduating and want to have a last farewell before they part ways. The tradition is to perform a specific ritual with small paper charms shaped like dolls in order to have good luck with their friendship in the future.

With no surprise, the number one gory anime is Blood-C this Halloween. The bloody violence was so vivid, Japan had to censor it and was put on hold for viewing in China for a long time. This tale follows the shrine maiden, Saya Kisaragi, who is a skilled swordsman tasked with defeating raging monsters who feast on human blood called “Elder Bairns.”

Blood-C’s creatures are like the Titans from Attack on Titan, but ten times more fearsome and savage than their prey. Saya tries her best to vanquish the Elder Bairns, but the moments of failure force her to watch her friends get torn apart, limb from limb. This is another anime to watch at the viewer’s discretion and potentially watch it with at least one, two, maybe ten other friends, so you don’t wet yourself.

This anime had to be put on the list because it brings a factor with the blood sprays that the top 10 don’t offer: raunchiness. That’s why Highschool of the Dead is a bonus to this list. It provides a lot of male fan service as zombies rip apart many humans in the background, showing lots of lingerie and sexualised shots of female characters (classic old-time horror where the couple die while fooling around).

As for the story, it follows a group of high school students and teachers trying to survive the zombie apocalypse in the modern world. There’s no deeper meaning than surviving and bashing zombie brains when there are hordes taking over the world.

Hopefully, this list will bring you nightmares and satisfy your gore-hunger this Halloween. Most of these animes can be found on Funimation or Crunchroll.