The Arma 3 Tac-Ops DLC Mission Pack consists of a set of missions that provide a true combat experience in an unrestricted war zone. Here, players will need to lead their brothers in arms through situations that require careful preparation, tactical movement and positioning, and skillful shooting – as well as the ability to adapt and improvise at a moment’s notice. The missions should take at least 8+ hours to complete altogether, which soon becomes more depending on people’s playstyle and difficulty settings. Players are also strongly encouraged to replay the missions with a different approach – or even from another unit’s perspective in some of the operations.

The key features of the Arma 3 Tac-Ops Mission Pack include:

About Arma 3
Arma 3 is the latest installment in Bohemia Interactive’s award-winning Arma series, and offers a truly authentic combat experience in a massive military sandbox. Set across richly detailed large scale terrains, the game features a diverse range of official and unofficial singleplayer and multiplayer content, complemented by a wide variety of weapons, gear, equipment, vehicles, and different factions. An in-game scenario editor enables players to create their own scenarios. These custom scenarios can be shared and installed via the Arma 3 Steam Workshop, alongside player-created addons and total conversions. Arma 3 is exclusively available for Windows PC and has sold more than 3 million copies to date. More information about Arma 3 is available at www.arma3.com.

About Bohemia Interactive
Established in 1999 in Prague, Czech Republic, Bohemia Interactive is an independent game development studio which is primarily known for its award-winning mil-sim Arma series, starting with Arma: Cold War Assault. Published in 2001, this debut title became the no. 1 bestselling PC game around the world and has won many international awards. The hugely successful series was followed by Arma 1 and Arma 2, before a standalone expansion Operation Arrowhead was released, as well as three DLC which greatly added to the series. The latest installment in the Arma series, Arma 3, pioneered Steam’s Early Access form of development, and was successfully released in 2013, followed up by various platform updates and DLC, and the Arma 3 Apex expansion. Bohemia Interactive is also the developer of Take On Helicopters, Carrier Command: Gaea Mission, and Arma Tactics. In addition to their ongoing support for Arma 3, Argo, and Take On Mars, the studio is currently working on DayZ, Ylands, Arma Mobile Ops and Mini DAYZ (iOS & Android), the new Enfusion engine, and several other projects. More information about Bohemia Interactive is available at www.bistudio.com. 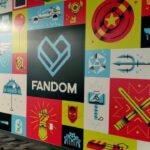